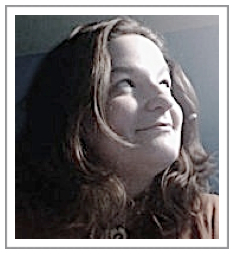 Sare Liz Anuszkiewicz, nee Gordy, is an author, priest, and names her cats after fictional characters. She loves writing, having long conversations about theology, storytelling, characters, and healing, preferably all at once and over dinner. 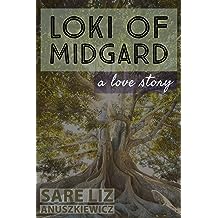 "Loki of Midgard is what Twilight could have been if Bella was Latina, Edward an alien, and everyone altogether able to talk about their issues."

Modern depictions of Loki as Norse God or Asgardian Royalty range from satanic to psychotic - but what if he was the good guy? Meet Loki as you've never seen him before; the most important seven days of Loki's life are the ones in which he runs away to Earth. Keening and in pain, he doesn't expect to find love. Meet the woman he had given up on finding; Abby is in a holding pattern - a bout of mono delayed her college graduation and she is no longer sold on the practice of kissing frogs to find a prince. Will she be able to keep her focus in the face of extreme temptation?

Loki of Midgard is the smart, sexy, satisfying, feel-good read of your quarantine.

About the Author:
Sare Liz Anuszkiewicz is an author and Episcopal priest. She lives in Buffalo, NY with her husband and the cats they name after fictional characters. They did once live with a pet named Loki when they were in a hippie commune. Loki, at the time, was a gender-bending fierce and fluffy rabbit who belonged to a housemate. Sare's alpha cat Zuko scared all the housemates. And Loki the bunny scared Zuko.

You can follow Sare on her YouTube Channel and follow her on her blog, sareliz.com. She also accepts tips and patronage on her Patreon Page, where she endeavors to spoil her patrons and name characters after them. She occasionally tweets @sareliz. You can also find a treasure trove of free stories Sare has written, archived at AO3. 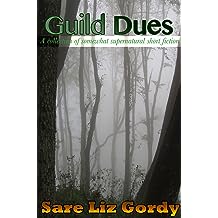 Guild Dues Sep 8, 2013
by Sare Liz Gordy
( 4 )
$2.99
GUILD DUES: A collection of somewhat supernatural short fiction is a small collection full of vampires, werewolves, zombies, the odd werekoala, a few humans and one gnome. Seven short stories from Sare Liz Gordy include "Chakra* vs. Baby Pterodactyl", "Junior Zombie Processor", "The Life and Times of Charity Jones", "The Bell Ringer", "The Ineffable Cosmic Turtle", "The Boy at the Parade" and "Walking Sport".

In a time when dystopian futures abound, what does it look like when the Zombie Menace is downgraded to the Zombie Annoyance? Or when the strange green 'farm fresh' egg in your fridge turns out to not be from a chicken? Sometimes our real world collides with the realm of fantasy, and sometimes it just slips in the back door and brings the popcorn...
Read more