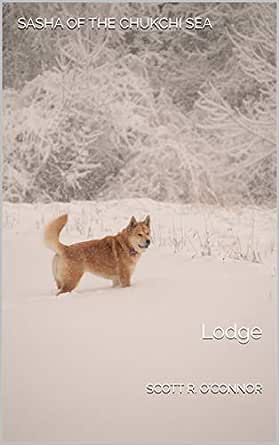 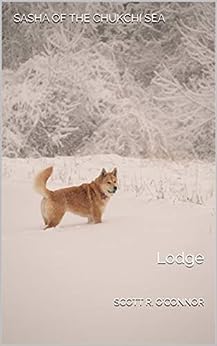 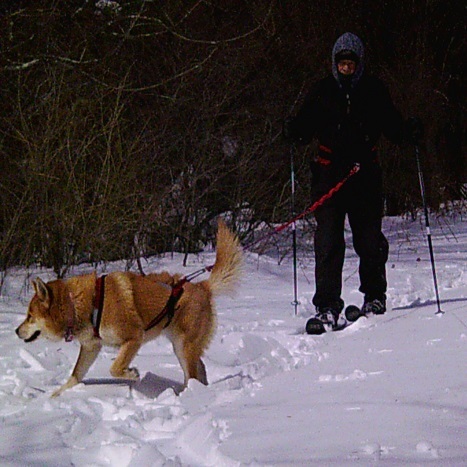 Sasha's stories began with some meandering dissertations that became the first book, Homestead. It was really just a lark, a sort of experiment, writing a story as a serial, and posting each "chapter" on a blog. Honestly, I thought the end of the Homestead stories would be an end to the experiment.
After finishing, the characters continued to call to me from the frozen wilds of Siberia.
I had to know what happens next?
Homestead contained essential parts of Sasha's story, starting as she opens her eyes for the first time as a puppy. The stories trod a wandering course and took some side trails, but through it the characters developed and found their voices.
Lodge was released as a blog serial, one chapter at a time as it was written. It was, however, crafted with the intent to compile it into a book.
It has been an exciting ride with this little dog, and the end of Lodge leaves me again with the same question: What happens next?
And so, on to the next volume.
I can't wait to see how this next adventure turns out!
Scott R. O'Connor
Sharon Springs, New York
November 2019
--This text refers to the paperback edition.

I was born in western New York in 1959, the same year the U.S. welcomed Alaska as a state, and the last year of the wheat-back penny. I continue to enjoy the beauty of its landscapes and seasons, now situate a dozen miles south of the ancient Mohawk River, over the hill from the town named for Cooper's father, in the shadow of his Leatherstocking Tales.

I am an author only in the strictest sense of its definition: I have assembled these words in this order and proclaimed them to be readable compositions. I have no education or formal training in skills that would elevate my status to writer. I am simply an old storyteller.

It is said one should "write about what you know."
I've had the honor of living with dogs all of my life, and I've known a number of humans for a long time, so it seemed logical to write a dog story that includes people.

My first published work is an Indie undertaking, Sasha Of The Chukchi Sea, a fictional tale of personified dogs in Siberia. This is a blog-to-book, so each chapter was once a standalone blog post. Influenced by radio adventure stories such as "Challenge Of The Yukon", and a fan of theater serials, such as "The Royal Mounted Rides Again", chapters often have an episodic feel to them, sometimes bearing conclusions, sometimes cliffhangers.

Sasha is a real dog, who came to live with us in 2016. She is a shelter rescue, and was six and-a-half at the time we met. Perhaps having known nothing about her life prior to this was the inspiration to write her story. As long as the page was blank, I thought, why not imagine what her life may have been before, and make it fun and exciting?
I have never been to Siberia, nor do I dogsled.
As for Sasha, we can't be sure. --This text refers to the paperback edition.