Sassafrass, Cypress & Indigo: A Novel and millions of other books are available for Amazon Kindle. Learn more
Share <Embed>
Have one to sell?
Sell on Amazon 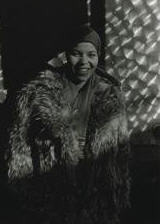 Start reading Sassafrass, Cypress & Indigo: A Novel on your Kindle in under a minute.

4.6 out of 5 stars
4.6 out of 5
136 global ratings
How are ratings calculated?
To calculate the overall star rating and percentage breakdown by star, we don’t use a simple average. Instead, our system considers things like how recent a review is and if the reviewer bought the item on Amazon. It also analyzes reviews to verify trustworthiness.
Top reviews

Aussing
5.0 out of 5 stars Shange proves herself to be a beautiful storyteller
Reviewed in the United States on November 5, 2017
Verified Purchase
"Sassafrass, Cypress & Indigo" by Ntozake Shange weaves together the varied experiences of three sisters and their mother as it moves through the past, present, and future of not only their lives, but the lives of mystical and real African-American woman who came before and will come after them. Shange, famous for her choreopoem, "For Colored Girls Who Have Considered Suicide/When the Rainbow is Enuf," which grew from her own suicide attempts, again explores the way African-American women are as diverse in personalities and emotions as the colors of the rainbow while showing the beauty and hardships that come from being a woman. Shange proves herself to be a beautiful storyteller as well as one willing to experiment with writing forms, mixing prose with poetry, music, and dance. Using just her words, Shange shows emotions through detailed descriptions of moves that allow the characters in her book to dance out of the pages. Shange’s book reads as a celebration of the accomplishments made by the Black Arts Movement, with its realization that the expressions of joy and sorrow would be inadequately portrayed with prose alone. Readers need to hear the music and poetry and see the characters’ movements in their minds in order to truly understand the characters, and, by extension, humanity in general.

Shange never allows her book to drift away from its focus on women. Relationships are often destructive to the women. In one scene that seems to call back to the rape discussion in "For Colored Girls" in which the lady in blue says rape is often “bein betrayed by men who know us,” Sassafrass berates men who are speaking disrespectfully about women, telling them, “don’t you ever sit in my house and ask me to celebrate my inherited right to be raped.” Critics of Shange have said that she turned on her own race with her descriptions of violence done to African-American women by African-American men. By not focusing on stories of white man’s violence against African-American women, however, Shange keeps her focus on the widespread violence and disregard of women rather than allowing her stories to drift into debates about the status of race relations. Shange also expertly shows the internal battles women fight to be independent in a society that expects women to give themselves completely to men. Shange herself said she pictured Cypress when writing "For Colored Girls," which helps show why many of the ideas expressed in "For Colored Girls," such as the lady in green’s lamenting of a man who “almost walked off wid all my stuff,” meaning her personality and dreams, arise in "Sassafrass, Cypress & Indigo."
Read more
10 people found this helpful
Helpful
Report abuse

ReCreatingHerStory.
5.0 out of 5 stars A great Summer Read!!
Reviewed in the United States on June 18, 2016
Verified Purchase
A great read!! This book tells the lives of 3 southern sisters trying to create a free life during the black arts movement. Each sister has her own story and through trial and error they create a living and are there for one another. This book shows the power and beauty of back women and what it means to find yourself and live free. The girls teach us to follow our passions and to believe in our own truth despite what others may think. Life may not turn out the way you imagined but that does not mean you have failed. Through it all you family will always be there. Love love love the book. I recommend this book as one every black woman should read. This book deserves all five stars. This is a short read that will inspire you to live life fuller.
Read more
7 people found this helpful
Helpful
Report abuse

BDF
5.0 out of 5 stars A marvelous creation
Reviewed in the United States on July 1, 2014
Verified Purchase
What a wonderful, mesmerizing surprise! My adult daughter's late mother is African-American, and suggested this book for our discussion. Little did I expect that I would encounter one of the most memorable characters in all of my reading life. Hilda Effania, mother of the three daughters named in the book's title, copes with the newness of cultural practices faced by her three daughters but her love and wisdom remain movingly steady, as does her unconditional love.
Read more
2 people found this helpful
Helpful
Report abuse

Amazon Customer
4.0 out of 5 stars Unique Writing Style!
Reviewed in the United States on June 3, 2020
Verified Purchase
I absolutely love the author! Watching her plays have been everything. This book... took me a while to get through to be honest. Her writing style is unique. I’d order another Shange book though. I still love her!
Read more
Helpful
Report abuse

Shelly
5.0 out of 5 stars visual beautiful lovely
Reviewed in the United States on April 23, 2015
Verified Purchase
im at a lost for words. This is one of thee best books I have ever read and I read a lot. Her writing style is very visual most off the time I felt like I was right there going through it to. This book is definitely for those with a s connected spirt and a sense of roots.
Read more
4 people found this helpful
Helpful
Report abuse

Janice L. Wilcox
5.0 out of 5 stars If you love the magic of words you will love this book
Reviewed in the United States on August 21, 2017
Verified Purchase
Beautifully written book. Phrases are an amazing mix of prose and poetry. L
Read more
2 people found this helpful
Helpful
Report abuse

Joseph Ward
5.0 out of 5 stars This book is great!!!
Reviewed in the United States on February 8, 2019
Verified Purchase
This is a great book. The words just drew me into the story and didn't let go. It made me want to fight Mitch, lol. Many people should read this book. ❤️❤️
Read more
One person found this helpful
Helpful
Report abuse
See all reviews

silent shopper
5.0 out of 5 stars Perfect!
Reviewed in the United Kingdom on May 9, 2017
Verified Purchase
My mom had a copy of this book and I enjoyed reading it. Had to get a copy of my own and of course I wanted one with the exact same cover as mom's :)

Book was in perfect condition. I was a bit wary of getting a used book, but this one was great. no markings, scribblings, dog eared pages etc. Binding intact too.
Read more
Report abuse
See all reviews
Back to top
Get to Know Us
Make Money with Us
Amazon Payment Products
Let Us Help You
EnglishChoose a language for shopping. United StatesChoose a country/region for shopping.
© 1996-2021, Amazon.com, Inc. or its affiliates