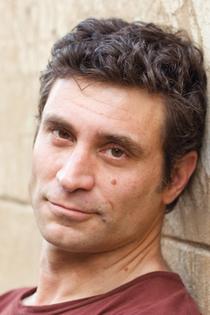 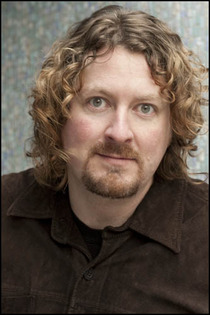 “¡Satiristas! reveals the method and the madness of men and women who inhabit the funny side of the commentariat.” (Los Angeles Times)

“Humor heavyweights discussing satire and social change in their craft…A wealth of intimate, and, at times, surprising discussions…A cultural critique of comedy as an art form.” (Time Out Chicago)

“A brilliant, wildly inventive new book that is comedic magic. It features interviews with and portraits of some of the biggest comedians ever.” (Los Angeles Herald Examiner)

“Glimpses into the minds of some of the sharpest, most insightful and revolutionary voices in entertainment. They surprise, they challenge, they may even offend you, but every word is worth your time and attention. Read it. You won’t regret it.” (Sacramento Book Review)

Our nation's finest comedians, contrarians, and comic subversives come together to discuss the nature of humor, its relevance to society, and how simply speaking the truth as one sees it can give life meaning

We are living in a new golden age of satire. In a nation divided, polarized, and cynical of "official" news and information, it's no surprise that more young people get their news today from Jon Stewart and Stephen Colbert than from 60 Minutes and CNN—the people who speak the most openly and fearlessly are our satirists. Politics and culture are analyzed, criticized, scandalized, and energized by comedians with no agenda other than to create the laughter and shock that comes from recognition and truth.

Perhaps the greatest collection of comic talents ever between two covers, ¡Satiristas! is a collaboration between Paul Provenza—comedy's insider inquisitor extraordinaire, director/co-creator of the film The Aristocrats, and star of Showtime's The Green Room with Paul Provenza—and Dan Dion, comedy's most celebrated portrait photographer. A virtual who's who of iconoclastic comedy, the book is an epic, hilarious, multivoiced manifesto on satire and comedy, and a revelatory study of the complexities and inner workings of the comic mind.

Balancing on the razor's edge of communicating important ideas without pretense or condescension, political comedians Stephen Colbert, Bill Maher, and Lewis Black weigh in with late-night monologists Jay Leno and Craig Ferguson. Veterans like Conan O'Brien, Robin Williams, Richard Lewis, and Roseanne Barr speak their minds alongside comedy legends such as the Smothers Brothers, Tom Lehrer, Lily Tomlin, and the late, great George Carlin. Also represented are creators, writers, and producers of The Daily Show, South Park, Mr. Show, This Is Spinal Tap, Wonder Showzen, Kids in the Hall, Freaks and Geeks, Superbad, The Simpsons, Monty Python's Flying Circus, and Saturday Night Live as well as fresh, up-and-coming talents and a new generation of comedy stars. Together, this cross-section of subversive comic artists offers insight into what drives them and makes them tick, and what drives them crazy and ticks them off.

Paul Provenza's casual, intimate, artist-to-artist interviews are intelligent, outrageous, controversial, and even downright sick—but no idea or opinion is censored, and the unabashed honesty that results is funny, thought-provoking and inspirational.

The intimate photographic portraits by Dan Dion, comedy's Richard Avedon, are art pieces that take us through the stand-up routine to the person underneath, making ¡Satiristas! something that will change the way you look at comedians and the art of comedy.

Paul Provenza has been a major name in stand-up comedy for decades. He is the co-creator and director of the critically acclaimed comedy/documentary The Aristocrats. He has written, produced, and starred in several comedy specials, including the comedy talk show Comics Only for Comedy Central and his own one-man show for Showtime, The Incredible Man-Boy. He is an artistic consultant to the Montreal and Chicago Just for Laughs festivals, and is currently co-producing and starring in The Green Room with Paul Provenza for Showtime.

Dan Dion is the world's premier portrait photographer of comedians. He has exhibited in solo shows in New York, Hollywood, Montreal, Edinburgh, Sydney, and San Francisco and is the house photographer of the legendary Fillmore Auditorium. His photos have been published in Rolling Stone, Time, Spin, Playboy, Entertainment Weekly, People, Vibe, and more than one hundred other publications. He is represented by the Fahey/Klein gallery in Los Angeles.