You've subscribed to Club X! We will preorder your items within 24 hours of when they become available. When new books are released, we'll charge your default payment method for the lowest price available during the pre-order period.
Update your device or payment method, cancel individual pre-orders or your subscription at
Your Memberships & Subscriptions
There was an error. We were unable to process your subscription due to an error. Please refresh and try again. 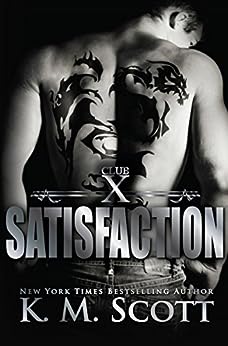 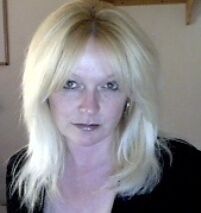 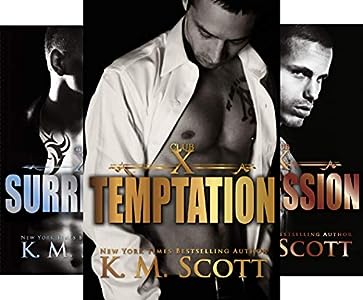 K.M. Scott writes contemporary romance stories of sexy, intense, and unforgettable love. A New York Times and USA Today bestselling author, she's been in love with romance since reading her first romance novel in junior high (she was a very curious girl!). She lives in Pennsylvania with her son and a herd of animals and when she's not writing can be found reading or feeding her TV addiction. Be sure to visit K.M.'s Facebook page at https://www.facebook.com/kmscottauthor for all the latest on her books, along with giveaways and other goodies! And to hear all the news on K.M. Scott books first, sign up for her newsletter today and be sure to visit her website at http://www.kmscottbooks.com --This text refers to an out of print or unavailable edition of this title.

michelle m reynolds
5.0 out of 5 stars Amazing! Must Read!
Reviewed in the United States on September 4, 2017
Verified Purchase
"I should just whisk you off right now and kidnap you so we can escape all of this wedding madness. What do you think?"

"I think it's not really kidnapping if I race you to the car."

Loved this book! Up until now, each book was devoted to one brother. In this one, you get all three! The March/Jackson men are so swoon-worthy. Each of them in their own unique way. Cash is all business but is completely weak when it comes to Olivia. Stefan is the youngest, the most carefree, and intimidated as hell by his brainiac woman, Shay. Kane is my favorite of all of them - self-tortured and surrounded by walls, but totally mush for Abbi.

Cash and Olivia are knee-deep in planning their wedding. Bliss and babies are all everyone is talking about. But, can she go through with it? He has to know but will she break his heart and ruin them forever when he discovers the secret she's been keeping?

Stefan and Shay are a world apart, and he senses she's pulling away every time they talk. Is she finally realizing she needs someone more like her? Shay knows they're different. She needs his carefree lifestyle to balance out her serious one. But are their differences too much to overcome? Is love enough?

Kane needs to keep his distance from Abbi, despite the fact that she's having his child. Lost in a drunken prison of his own making, can he find his way out? How much longer can he deny his heart what it longs for? But at what cost? Abbi won't give up on Kane but how long will she be able to keep telling herself he's coming back to her when he won't even answer her loving texts?

I have really enjoyed this series. I kind of sad knowing there is only one more book to go. I will definitely be re-reading this series!
Read more
Helpful
Report abuse

Babzy
5.0 out of 5 stars WRAPPED WITH LOVE!!!
Reviewed in the United States on July 13, 2015
Verified Purchase
How do you end the Club X Series with some of the hottest men to grace the pages of a book? You end it perfectly, just the way K.M. Scott did in this last book of the series. In the first three books of the series, Temptation, Surrender and Possession, we know that Cassian, Stefan and Kane never do anything easy; drama is a part of their lives and the woman who love them. So if you are expecting this finale of Club X to come wrapped up with a pretty bow, think again, because it doesn’t. What it does come with is happiness, sadness, heartbreak, weddings, births and enough love to wrap around these three couples to keep everything from falling apart.

Each of the couples had to deal with issues that were not completely tied up in the previous books. With Cassian and Olivia, while preparing for their wedding, a secret that Olivia was holding on to because she was afraid to tell Cass was revealed to him. I don’t want to spoil what happened but know that nothing was going to come between his love for Olivia.

For Stefan and Shay, their trust and insecurity issues with each other came to a head. They needed to make some difficult decisions and trust each other enough if they were going to stay together. He also needed to overcome the bad feelings he had for Kane, which was all the more complicated by the friendship between Abbi and Kane.

The most heartbreaking of these couples was the issues between Kane and Abbi. I suggest a big box of tissues, because “stuff” went down between these two that broke my heart. He was badly damaged from his horrible mother, but inside was really a good man, he just had to find that part of himself and believe it. The strength that Abbi shows in this book will kill you. Her love for Kane was a constant no matter what he threw at her. This couple had the most uphill battle to overcome.

I would be remiss if I did not mention Alexandria. She wins an award for best supporting actress in this book. She was amazing.

Thank you so much K.M. Scott for giving us such a beautiful ending to this amazing series. I loved every word in your book!!

Rosie’s Book Heaven was given an ARC in exchange for an honest review.
Read more
5 people found this helpful
Helpful
Report abuse

Kindle Customer
5.0 out of 5 stars WHAT A GREAT SERIES, LOVED CLUB X!!!!
Reviewed in the United States on November 9, 2015
Verified Purchase
Just finished this book and after a lot of tears this book just touched my heart . All three of these brothers shared a father and some went thru more trauma than the other, but in the end one thing was clear, they loved each other. I think Kanes story touched me more than the other two brothers because I felt he had been thru more trauma. I just cried for him thru this whole book, and it broke my heArt the way he treated Abbi cause he loved her so much but his sorry mother had ruined him to love. Was overjoyed for Cassian and Olivia when they got a very unexpected surprise. So Stefan and Shay are the only two that haven't tried the knot yet, but both seem to like things the way they are. I've reAlly enjoyed this series!!!,
Read more
One person found this helpful
Helpful
Report abuse

Terry June
5.0 out of 5 stars Satisfaction yummy!!!
Reviewed in the United States on July 28, 2015
Verified Purchase
The March Brothers and Kane three of the hottest yummiest panty dropping heart melting men you will ever want to meet!!! The Club X series's is one of the Best !! Shows you the life of three night club owners who are single till each one falls in love with each one have there own struggles along the way with Cassian March being all business and Stefan March being the wild child we all wish we could be sometimes and then there's Kane Jackson the one with a dark side that makes us feel we can never be closed to then you find there is more of a loving side to him .. I gave this series's a 5 star review it might not be everyone's cup of tea but I loved it !! I can think of Cassian as a big brother and Stafan as a brat and after reading Satisfaction Kane has my heart !! This is a series that I have a serious book Hangover from !!!! Sinfully delicious Terry June
Read more
One person found this helpful
Helpful
Report abuse

sandy
5.0 out of 5 stars Good wrap up
Reviewed in the United States on August 3, 2015
Verified Purchase
Great ending to the stories of very hot brothers, Cassian, Stephan, and Kane who ran Club X. This book wraps up things for the three brothers and is filled with a lot of strife, anxious moments and a lot of really hot scenes as well. Book 1 was the story of Cassian and Olivia and how they met and had their personal stories. Book 2 was Stephan and Shays story and what brought them together. Book 3 was Kane and Abbi's story and how they met and about their pasts. They were brought together in the first three books but you will find in book 4 that things did not go smoothly at all in all three cases and there is a lot of things in the past that have created the problems that occur. Highly recommend the series.
Read more
Helpful
Report abuse
See all reviews

Mariana Lee
4.0 out of 5 stars GREAT READ!!!
Reviewed in the United Kingdom on July 22, 2015
Verified Purchase
I'm so glad I found the ending to Kane and Abbi's story, the las book left me a bit deflated and needing more. I loved the way it all came together. Cash and Olivia finally solved all their problems and Kane and Abbi fought all those monsters and as far as we Know Stef and Shay are doing ok. I would love to know more about Stef's and Shay's story, I feel it needs more! This has been a great series to read, the storyline is great,it's sexy, has enough angst to keep gripped and it's fast paced and on top of that....there are three extremely hot, sexy and interesting men.......what's not to like?
Read more
Report abuse

cortland22
5.0 out of 5 stars Perfect
Reviewed in the United Kingdom on July 19, 2015
Verified Purchase
A perfect ending to three great stories. I only wish that there had been a little more of Cash and Olivia, was the baby actually their's or did they adopt, you never really got to find out. Will Stefan and Shay truly find their HEA as it seems that Shay is still a little unsure when she talks to Kane at the party.
Read more
Report abuse

Povey d
5.0 out of 5 stars Soooo sad
Reviewed in the United Kingdom on August 12, 2015
Verified Purchase
I'm soooo sad that this series has finished, I've enjoyed every book in this series, I want to read more by this author, I loved all the characters in this book and all. brothers are sexy as, yum, I laughed I cried, well worth a read :-)
Read more
Report abuse