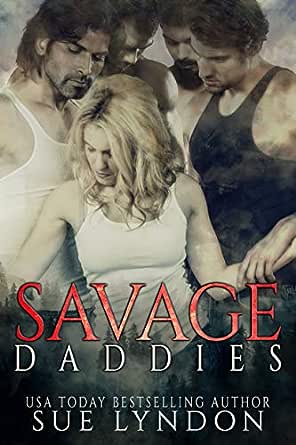 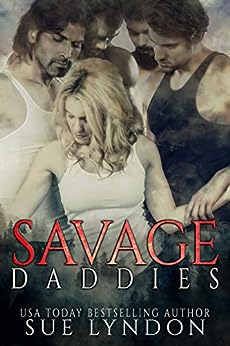 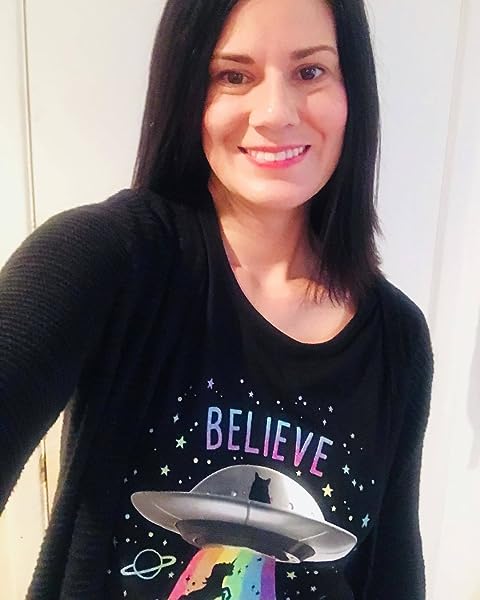 3.8 out of 5 stars
3.8 out of 5
71 global ratings
How are ratings calculated?
To calculate the overall star rating and percentage breakdown by star, we don’t use a simple average. Instead, our system considers things like how recent a review is and if the reviewer bought the item on Amazon. It also analyzes reviews to verify trustworthiness.
Top reviews

Bethann
5.0 out of 5 stars Darkest,dirty with embarrassing moments too
Reviewed in the United States on September 14, 2019
Verified Purchase
I must be diff. I loved thid short read of sue Lyndon yes there is embarrassing moments for josi the noe little girl the savage daddies had stolen from the city and took her into,the wildlands to be kept as a little girl and a mate to these 4 savage daddies but even though she gets emabarrung punishments and other embarrassing moments they also find love amongst all 5 of them. I just felt this was a nice short story with its dark elements.
Read more
4 people found this helpful
Helpful
Comment Report abuse

The Voracious Reader
2.0 out of 5 stars Ummm.......
Reviewed in the United States on September 7, 2019
Ok so I really, really tried with this book until the bathroom scenes came in. The first time when they wanted to wipe her after she used the bathroom, I was ready to close the book but I pushed on because I really like this author. BUT when the men wanted her to purposely WET herself so they could watch!??!??!!!!! I was done. No thank you. Reading done. If you can get past that then by all means read it but if your not a fan of water play I suggest you move on from this book.
Read more
23 people found this helpful
Helpful
Comment Report abuse

AMANDA M COLLIER
1.0 out of 5 stars Nooooo
Reviewed in the United States on January 12, 2020
Verified Purchase
First thing, I am a huge fan of reverse harem stories and I don’t mind age play but this was way over the top in not a good way. There was no consent at all throughout the book, it was do as we say or you will get a beating.
The only reason I finished reading the book was because I spent $4.95 and felt cheated, I’m not sure I would buy another one of her books.
Read more
One person found this helpful
Helpful
Comment Report abuse

CathyB
5.0 out of 5 stars Hot and eye opening
Reviewed in the United States on April 2, 2020
Verified Purchase
Josie is on a tour of the wildlands outside of the Emerald City. She is so excited. However, she gets so wrapped up she loses her tour group and then is kidnapped by 2 savages. They trick her by saying they are taking her home but they meant their home. Now she needs to get away but that is hard with her 2 Daddies watching her. What will they do if she is able to escape? Can she make it back home?
Read more
Helpful
Comment Report abuse

Joia Ingram
3.0 out of 5 stars “Daddies’ Little Girl” ......
Reviewed in the United States on July 20, 2020
Verified Purchase
This book definitely kept me reading but it was weird how the men kept referring to the main female as a little girl. A little girl they all sleep with, but she is a grown woman. It was odd and now I feel kind of weird.
Read more
Helpful
Comment Report abuse

Mozzy
5.0 out of 5 stars A story not to be missed
Reviewed in the United States on September 10, 2019
This was such a great story, i couldnt get enough of it. I really do hope that Sue writes s few more of these. Its hot a nd sexy with four men/brothers serving as daddies when they dont have very m any females around.

Joselyn has won the lottery for a walk into the wilds. Warned from the Ranger about straying , she does that and gets herslf kidnapped. Attempting to flee her kidnapers she gets her bottom spanked well and truely. She is their little girl and they will take csre of her every need. On the way home she meets another female over the age of 62, she feels angry , all the people under the dome have been lied to.
Four daddies to look after one little, a must read , and a thoughly enjoyable story.
Read more
8 people found this helpful
Helpful
Comment Report abuse

Diane Sara
4.0 out of 5 stars Really interesting story
Reviewed in the United States on September 9, 2019
I could not give “Savage Daddies” a 5 star rating. Sue Lyndon is an accomplished author who can tell a good story but this story lacks some components for me, one being the concept of consent - Consent means that both parties agree to what is going on.
Josie lives in a Domed City which means it is climate controlled, the humans are hatched and programmed for specific jobs and all the basic needs are provided. Josie is intelligent, is a manager but she questions life in the Dome - the many rules, ban on many books and her life which follows a specific routine. Beyond the Domed Cities there is the Wildlands and Josie wins a tour to actual hike through them! Wow! First time, outside, feeling the wind, the sun, Josie is having a wonderful time until 2 “Savages” kidnap her and they tell her that they are taking her to their home and their twin brothers are waiting for them. Women are scarce in the Wildlands and she now belongs to them and will have their children and they will take care and protect her. Josie is a strong character and stands up for herself but she is no match for 2 gorgeous, strong, men and she develops feelings for them. She never consented to this life, yet as time went on she felt cared for, liked the caresses, kisses and it filled a loneliness she had always felt in her life.
She looks forward to having sex with them and not a vid which was the only way it occurred in the Dome. Josie was NOT prepared for the Mating ritual, she was totally overwhelmed and embarrassed. I was disappointed that she forgave her mates because she loved how they tucked her in for the night and kissed her forehead, after the ritual. Again, no consent and the men didn’t seem to be aware of how cruel and confusing this ritual is. Four stars was the best, l could do - the men embarrassed her, at other times but she forgave them when they tucked her into bed and kissed her. I thought Josie was a strong character and would meet the other “stolen” women and help them band together to tell the men how barbaric this ritual is but no, it seems Josie has traded a boring, safe life in the Dome for a life of accepting whatever her Mates wanted from her because the was petted and kissed.
Sue Lyndon writes wonderful stories filled with humor, suspense, romance and her characters have depth. This story is no exception and is worth the read but I have enjoyed her books about Vaxxlian Mate, Talcott House and Tarrkuan Masters.
Read more
5 people found this helpful
Helpful
Comment Report abuse
See all reviews