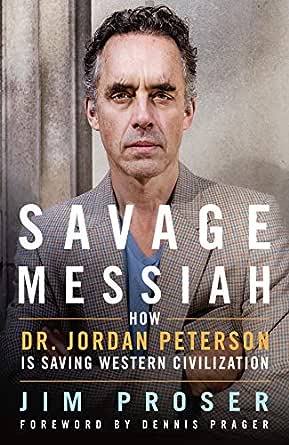 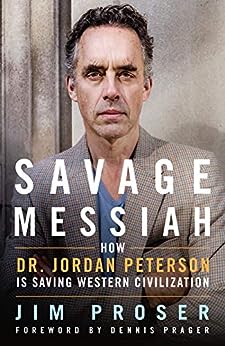 Enjoy a great reading experience when you buy the Kindle edition of this book. Learn more about Great on Kindle, available in select categories.
Read more Read less

JIM PROSER’S first book, I’m Staying with My Boys: The Heroic Life of Sgt. John Basilone, USMC was awarded the United States Marine Corps Commandant’s Recommendation in 2011, and was referenced as source material for the HBO television series “The Pacific." Proser's No Better Friend, No Worse Enemy: The Life of General James Mattis has been nominated for the Marine Corps Heritage Foundation's 2019 Col Joseph Alexander Award. Proser lives in Sarasota, FL. --This text refers to the hardcover edition.

4.4 out of 5 stars
4.4 out of 5
32 global ratings
How are ratings calculated?
To calculate the overall star rating and percentage breakdown by star, we don’t use a simple average. Instead, our system considers things like how recent a review is and if the reviewer bought the item on Amazon. It also analyzes reviews to verify trustworthiness.
Top reviews

Frank H
3.0 out of 5 stars Get Simple Facts Straight
Reviewed in the United States on January 26, 2020
Verified Purchase
I'm still working my way thru the book (p. 229). So far it is informative though seemingly biased from a conservative prospective as evidenced by certain assessments and value judgements, but what really gets my goat is when the author of a major biographical work gets simple, relatively common knowledge facts dead wrong. On page 229 he asserts that Justin Trudeau "ascended quickly to the leadership of the NDP."!!!! ARE YOU KIDDING ME!!! Trudeau is and always was with the Liberal party! How do they let errors like that get published? C'MON!!! Stuff like that does little to help the reader trust the author with the rest of the content.

Finished it! Came away with a strong appreciation for who Jordan Peterson is, the struggles he and his family has gone through, the richness of his worldview, and the challenges of confronting an opposing worldview with all the human darkness that entails (counter expressions of anger and hatred). Why we humans have to be so arrogant, billigerent, intolerant, and unkind in the midst of trying to figure our way through the world is beyond me.
Oh, and one other spot where I have to seriously question the author of this work. When describing Jordan's early years of struggle with nihilism, the author writes about Nietzsche stating that he "wrote that Christianity was an antidote to the despair, the nausea, of meaninglessness, . . ." WHAT? This assertion runs counter to everything I've ever heard about Nietzsche. My limited understanding of Nietzsche is that his "antidote to despair" was the Ubermensch, the Superman that would rise above the weak and failed Christian worldview and ethical system. Nietzsche saw that the demise of Christianity WOULD LEAD TO DESPAIR, and the Ubernensch was the way forward, but I've never heard it said that he saw Christianity as the "antidote". Nietsche was not a fan of Christianity at all and I'm baffled how the author could assert that he saw it as an "antidote".

Holly
5.0 out of 5 stars Understand the backstory to the phenomenon that is Jordan Peterson
Reviewed in the United States on January 31, 2020
Several disclaimers first: I am not any kind of expert reviewer. I am a fan of Peterson's teachings. I have been following him since the Bill C-16 flap which is what first got my attention. I have watched a great many of his videos and have read his "12 Rules For Life", and I am a member of a large women's group all of whom support Peterson's work.

With that intro, I give the book a 5 star rating for the following reasons:

1) Because it is a very good chronological story of how this now controversial man came to his world view. It tells how he sought to understand man's inhumanity to man and the great capacity for evil that resides in us if we let it overwhelm us.

2) This biography fills in the missing pieces as to how Peterson, who has clearly helped so many people and been such a good influence on his students, male and female, and people of all ages ages and backgrounds became such a controversial figure just for telling scientific truths. I wanted to know how it happened that a man who taught such basic, good rules to live by, as well as essential psychology necessary to understanding the human condition, could be ganged up on by media, particularly female media personalities.

3) The final reason for the 5 stars is to counter the obvious troll ratings which began appearing the minute his enemies became aware of this book.

As for the book itself, for me it is a really well done, simple biographical account of how Dr. Peterson came to see the world as it was, how it is, and how it can be. And then it clearly lays out the forces behind the efforts to destroy him for telling us about it and cautioning us so we don't proceed to repeat the horrors of the past.

Kindle Customer
5.0 out of 5 stars Very worthwhile
Reviewed in the United States on September 18, 2020
Verified Purchase
The world greatly needs to learn more of and about Jordan Peterson. This book does quite a good job of telling his story, and I enjoyed it very much. Thank you, Mr. Proser.
Read more
2 people found this helpful
Helpful
Comment Report abuse

Cat
4.0 out of 5 stars He’s light-years ahead of me in his thinking!
Reviewed in the United States on January 21, 2020
I’ve been hearing and seeing more of Jordan Peterson lately so I was excited to review this biography by Jim Proser. Mr. Peterson is a fascinating person, but I found many sections of this book confusing. I believe it may be more because of the writing style than the subject. The chain of thought was disjointed, causing me some confusion as I moved through the chapters. But I think the author did a good job of putting a human person behind the Jordan Peterson façade. He talks about the strong supporting relationship between Jordan and his wife and Jordan’s struggles with depression. I found it interesting that Mr. Peterson’s daughter, Mikhaila suffered from debilitating rheumatoid arthritis since her youth but has found a diet high in meat is helping her to overcome it.
A couple of years ago I watched “The Physiological Significance of the Biblical Stories: Genesis” and was able to follow, more or less, Mr. Peterson’s points. He’s light-years ahead of me in his thinking, though, obviously a very intelligent and challenging mind to follow. This may have been part of the struggle for Jim Proser, like trying to explain the Black Hole in Cliff's Notes. I’ll continue to watch for books by Proser, though. It’s obvious he dedicated a lot of time, energy and thought into this biography. The subject gets 5 stars; the disjointed writing style gets 3 stars.
(I received an advance copy of this book from NetGalley in exchange for an unbiased review. Thank you to St. Martin’s Press and NetGalley for making it available.)
Read more
15 people found this helpful
Helpful
Comment Report abuse

Goldie
5.0 out of 5 stars Written with passion and hope for our society to become loving and more united
Reviewed in the United States on January 21, 2020
Jim Proser expertly authenticates Jordan Peterson's humanitarian genius. People often see a Twitter post or sensationalized headline and assume they know an entire story. On a very deep flip side, Savage Messiah debunks snap judgment and myth to portray a real multi-dimensional human being.
Read more
15 people found this helpful
Helpful
Comment Report abuse

Karin Morrisey
5.0 out of 5 stars Jim Proser is an amazing writer!
Reviewed in the United States on January 21, 2020
Eloquently written and must read!
Read more
16 people found this helpful
Helpful
Comment Report abuse

Atheist Cowboy
1.0 out of 5 stars Saving Western Civilization?
Reviewed in the United States on January 29, 2020
What does that even mean? The title itself sounds racist. What a pile of garbage.
Read more
14 people found this helpful
Helpful
Comment Report abuse
See all reviews

wsa
5.0 out of 5 stars Buy, read, digest and stand firm. Excellent.
Reviewed in the United Kingdom on August 17, 2020
Verified Purchase
Buy, read, and digest this book. Stand up, stand firm and speak up against cultural marxism.
Read more
Report abuse

Amazon Customer
5.0 out of 5 stars The history of America
Reviewed in Canada on May 26, 2020
Verified Purchase
If you want to know how uneducated "professors" became experts of life in our times here in North American continent, this is a right book. For me immigrant this book was very educational. To understand the corruption of our universities and public education.
Read more
Report abuse
See all reviews