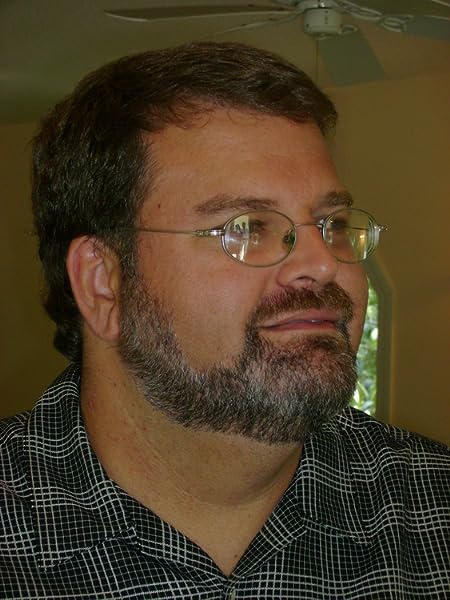 Start reading Savage Summer on your Kindle in under a minute.

Pamela L.
5.0 out of 5 stars It is awesome!
Reviewed in the United States on November 25, 2012
Verified Purchase
I found this book to be very entertaining! It was hard to put down and definitely excellent. I am planning to purchase other works from this author. I enjoy his writing style and felt his story telling was superb! I personally do not follow a lot of the current vampire movies and books, and wasn't originally sure I would enjoy the content, but the book came highly recommended to me by a friend, so I bought it. I really enjoyed the engaging and suspenseful plot, and am hoping for a sequel!
Read more
One person found this helpful
Helpful
Comment Report abuse

Born with Book
4.0 out of 5 stars One of the Better YA Paranormal Novels I've Read
Reviewed in the United States on February 19, 2013
Lucas McWilliams' Savage Summer had me by the end of Chapter One.

How did he do this?

By mentioning The Pixies, vampires, and the German language; three of my favorite things in the world.
Savage Summer is a coming-of-age story - downtrodden boy meets rich girl, joins the band, falls in love, and discovers his true identity. There's nothing more interesting than watching someone else leave the safety-net of the safe and secure to face the scary world of adulthood. Especially after you've already done it.

There's a lot to like about this book - it flows quickly and reads well. There's a lot of action that keeps things moving along. You get to experience the highs and lows of first love as well as navigate that undefined space between youth and adulthood along with the characters. Teen-angst, indeed.

There are a few things that kept me from giving Savage Summer a 5. There's some physical exploration between Duncan and Amber - some of which might be too racy for all but the higher end of the YA spectrum (I don't have any kids, though, so I might be off on that account). Having said that, there is nothing overtly graphic about them.

I also felt there could have been far more friction between Amber's parents and Duncan as well as between Duncan and his foster parents. No matter what Duncan gets into, there are no real consequences.

But the characters are, overall, likeable, and if not likeable then relatable (there always has to be bad guys!) I also loved the story concept and the fact that he left it wide open for sequels. I *love* sequels. This is definitely one of the better YA Paranormal novels I've read.

Kim Norman
5.0 out of 5 stars Better than I expected
Reviewed in the United States on March 5, 2013
I wasn't expecting too much from this book simply because of the whole "vampire" idea - I got this as a present for Christmas. But I'm glad I gave it a read. A compelling storyline that's not simply bloodsucking. There's action, romance, even music! It's not your regular vampire story and I love that about this book. Highly recommended!
Read more
2 people found this helpful
Helpful
Comment Report abuse

Joan S.
5.0 out of 5 stars Teen-age Intrigue
Reviewed in the United States on November 22, 2012
5 star supernatural read. I enjoyed Duncan's struggle to control and use his surge of rising power to protect his friends. The rock band, Savage Summer, was a fun vehicle to gain entrance to the dangerous vampire nightclub, Eros. I thought the author was skilled at showing Duncan's gradual acceptance of his position and potential. I want more and hope there is a sequel to explore Duncan's relationship to Zeal. It was an exiting book and I will purchase more copies for my older grandchildren.
Read more
2 people found this helpful
Helpful
Comment Report abuse

Kindle Customer
5.0 out of 5 stars None
Reviewed in the United States on September 3, 2012
This is a very entertaining book that kept me interested right to the end. It's a fun story about a teenager who thinks he may be becoming a vampire. The characters are believable and the plot is different than the average vampire story. You will love the ending!
Read more
2 people found this helpful
Helpful
Comment Report abuse

Karashome
5.0 out of 5 stars Savage Summer
Reviewed in the United States on January 21, 2013
A different look at vampires! I found the premise fascinating. Duncan's interaction with his belief that he was becoming a vampire set against the background of a rock and roll vampire nightclub was an interesting take on the vampire legends. Hope to see a sequel in the near future.
Read more
One person found this helpful
Helpful
Comment Report abuse

Paul Stansbury
5.0 out of 5 stars Fangtastic
Reviewed in the United States on September 23, 2012
Any fan of vampire tales will want to get their hands on Savage Summer by Lucas McWilliams. This fast paced tale holds its interest right through to the surprise ending. The characters draw you into their world. Young adults will especially enjoy the story, but any vampfan will appreciate Savage Summer.
Read more
2 people found this helpful
Helpful
Comment Report abuse
See all reviews
Pages with related products. See and discover other items: high school romance supernatural