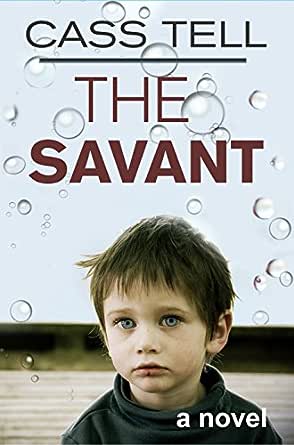 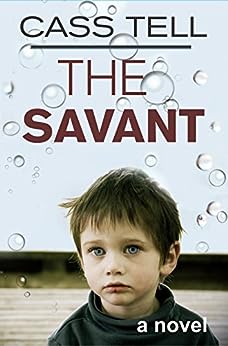 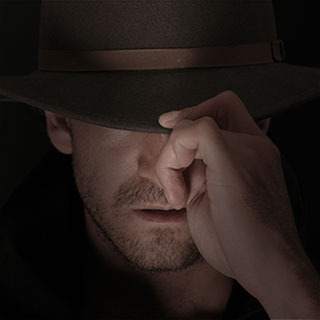 The Savant - a novel Kindle Edition

4.2 out of 5 stars
4.2 out of 5
70 customer ratings
How does Amazon calculate star ratings?
Amazon calculates a product’s star ratings based on a machine learned model instead of a raw data average. The model takes into account factors including the age of a rating, whether the ratings are from verified purchasers, and factors that establish reviewer trustworthiness.
Top Reviews

Hope from California
5.0 out of 5 stars Worth Your Time
Reviewed in the United States on January 20, 2018
Verified Purchase
My favorite aspect of this book is it teaches how to problem solve without bringing all our emotional baggage and problems to situations we need to resolve through the vehicle of the main character, the savant.
His
The story starts with an uneducated, wild boy, who, luckily, falls out of a tree on his grandpa's farm and mightily cracks his head on a large boulder. This experience affects his brain, such that he, not only gains special skills, but learns to think logically as well. We get to view his life both through his eyes and through other people's reactions to him. Given that he has no social skills, nor does he have access to emotions, he gets into very interesting situations since he is a young boy often on his own. The adults he encounters often attempt to help him or trap him when he is smarter than all of them.

His use of his special gifts, keeps the reader quickly moving with him through encounters with the mafia, bullies, and other interesting characters. His rigorous tendency to tell the truth without societal norms is very funny at times.

This book is well written, thoroughly enjoyable, and fast paced. I gave it 5 stars because it deserves 5 stars. Good for readers about 10-to-100 years old. I hope many readers support this author, who really knows how to write unique and excellent stories, so that we can continue to enjoy her work.

G. L. Doty
5.0 out of 5 stars One of the best novels I have ever read!
Reviewed in the United States on May 22, 2018
Verified Purchase
I am an a id reader, having read hundreds of books in every genre imaginable. "The Savant" stands out from all the rest.
I ran across this book accidentally whike cruising Amazon. I bought it more out of courisoity than anything.
What an amazing journey the boy takes you through. Vividly seeing the world through the eyes and mind of an autistic boy who views it as a stream of colors that guide his decisions. Is something right? Is it wrong? He doesn't know right & wrong, only the color streaming from it - and it guides him.
But the story is so much deeper than that. There is no way to do this story justice with a book review. I can only say that if you are looking for a book that will pull you in and take you on n incredible journey then you must read "The Savant" for yourself.
Read more
16 people found this helpful
Helpful
Comment Report abuse

Chess2016
4.0 out of 5 stars Difference and evolution.
Reviewed in the United States on October 13, 2018
Verified Purchase
I'm fat-fingered with pads. This novel is a "four." Arlo fell out of a tree as a kid, and thus began the life of a child whose gifts aided him to become wealthy . He was emotionless, and had assistants who schooled him in expression.

A reader
5.0 out of 5 stars A boy with no filter, but special abilities
Reviewed in the United States on April 18, 2018
Verified Purchase
This is quite a charming book. The main character has special abilities, but is hampered by not having the same feelings that others have. He foresees the future and finds ordinary people to accompany him on his life journey. It was a quick and enjoyable read.
Read more
9 people found this helpful
Helpful
Comment Report abuse

lorraine c, New Hampshire
5.0 out of 5 stars An exceptional novel
Reviewed in the United States on January 26, 2018
Verified Purchase
A novel I will never forget. Sad to see it end. Would highly recommend others to read it also. Wonderful
Read more
8 people found this helpful
Helpful
Comment Report abuse

P. Smith
5.0 out of 5 stars The Savant
Reviewed in the United States on December 1, 2018
Verified Purchase
Beautifully written and full of insight and imagination— I recommend this book to any thoughtful reader. It will give the reader a new outlook on morality and innocence.
Read more
4 people found this helpful
Helpful
Comment Report abuse

Dave Sanders
5.0 out of 5 stars Amazing
Reviewed in the United States on April 27, 2018
Verified Purchase
This author paints in words. Simple yet so very profound. I highly encourage you to read this novel. You will not be disappointed.
Read more
5 people found this helpful
Helpful
Comment Report abuse

Ellen Davis
5.0 out of 5 stars Rich descriptions, good read
Reviewed in the United States on January 19, 2018
Verified Purchase
Good book, enjoyed the descriptions of the boy's visual thoughts and the way he figured events out to advanced his life.
Read more
4 people found this helpful
Helpful
Comment Report abuse
See all reviews from the United States