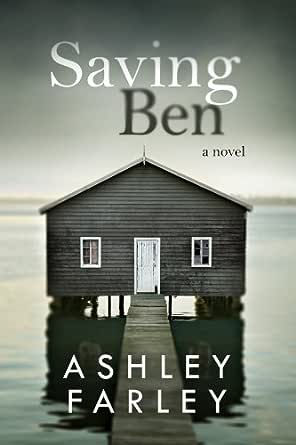 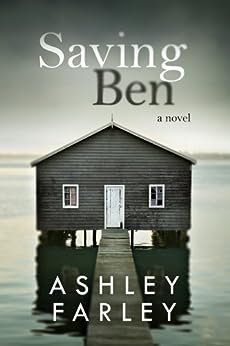 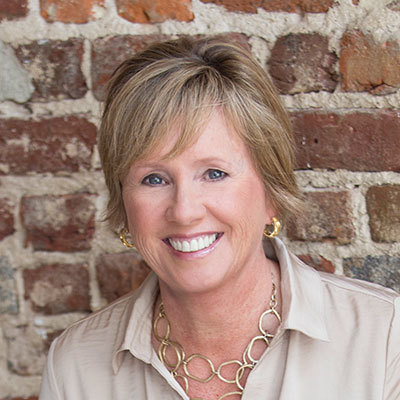 Ashley Farley was born and raised in South Carolina. She currently lives in Richmond, Virginia with her husband and two teenage children. This is her first novel. --This text refers to the paperback edition.

4.2 out of 5 stars
4.2 out of 5
389 global ratings
How are ratings calculated?
To calculate the overall star rating and percentage breakdown by star, we don’t use a simple average. Instead, our system considers things like how recent a review is and if the reviewer bought the item on Amazon. It also analyzes reviews to verify trustworthiness.
Top reviews

(ajk) avid reader
5.0 out of 5 stars Wonderful
Reviewed in the United States on July 25, 2018
Verified Purchase
Having read many of Ashley Farley's novels previously I wasn't quite sure what to expect reading what is her debut novel. As most readers are aware, an author's writing gets better over time. So, I made a decision to read this novel as if it were any other debut novel. I didn't have to do keep that decision.

While Ms. Farmer's writing has I proved greatly, if I hadn't known this was her first published novel, I would be writing a very similar review.

The author has a way of pulling the reader in from the beginning and keeping them engaged throughout the novel. This was true for this novel. It was engaging and often times enthralling. The characters are mainly college aged students all of which have their own flaws and some even inner demons they have to face and address at some point or another. They come from different backgrounds, very different families, and have very different support systems. Some are ready for this next step in their journey, while others struggle more. There are secrets, lies, truths, manipulation, love, and support between these individuals.

The backstory is catching and provocative. It is interesting and engaging. And the reader learns a great of from it. The storyline is realistic, honest, and truthful.

As a debut novel, it is well written, engaging, and a truly wonderful read. As an Ashley Farley novel, it won't disappoint.

kklinz
4.0 out of 5 stars Ever had a crappy roommate? How about a crazy one??
Reviewed in the United States on October 2, 2014
Verified Purchase
Kat's first impression of her freshman college roomie, Emma, is a good one, and Kat is so relieved she ended up with someone normal, pretty and fun! The girls become instant friends. Kat involves Emma in all aspects of her life, acquaints her with her friends and family members, invites her home for the holidays, even loans her Grandma's diamonds - all the things a close trusted friend would do. Only, Emma isn't at all what she seems to be on the surface. She's an expert at drawing people in, charming them...then twisting them into whatever form she sees fit to suit her own needs. Using people is her forte. What starts out in the book to appear very Single White Female, ends up far worse as Emma spreads her poison on to Emma's brother, Ben. Now Ben is in trouble and Kat feels responsible. All aspects of his life have turned to crap as a result of Emma's attentions. Kat sets out to save him from the stalker bitch she unleashed on him.

There is far more drama included in the book, including a pretty good murder mystery that gets the thrill going toward the middle. Great ending ya gotta read to appreciate!
Read more
2 people found this helpful
Helpful
Comment Report abuse

Toni Osborne
3.0 out of 5 stars Lively Story
Reviewed in the United States on February 28, 2015
Verified Purchase
This contemporary mystery main aim is to highlight the special bond between siblings and to bring focus on the many struggles one can experience during college life. This is a haunting tale of love, loyalty, anger management, substance abuse and betrayal.

Ben and Kitty are the primary players but Emma is the character to watch for. She is Kitty’s bitchy roommate who brought havoc between brother and sister. Without her this story would not have been quite captivating she is portrayed as a complete psychopath. I love mystery but this one is a bit too soft for my taste, the first half is mainly the set-up of college life: the setting, atmosphere and the relationships, etc. The second half is more dramatic and moves along at a better pace but the suspense is kind of lightweight and the development so predictable I became anxious to see the end. Having said this does not mean it is boring, on the contrary it is quite a sentimental journey.

This lively story is told from the perspective of young adults. The portrayal of friendship and the strong characterization is where this story excels. The dialogue is somewhat stilted although I did overcome noticing this after a while. How Ben slowly spiral out of control, starts drinking, does drugs and argues all the time is especially well represented. The serious problems concerning anorexia as well as family issues are also at the forefront. There is something to please everyone even a murder scene for the mystery buffs to enjoy.

Jen R
2.0 out of 5 stars Got to be too much for me
Reviewed in the United States on February 15, 2014
Verified Purchase
Saving Ben started off okay. I had no idea where the story was going at first, and it was a lot of telling not showing. The entire story is narrated by Katherine. It is just her telling what happened so the telling wasn't as annoying at first, though I do like showing better. At first Katherine is drawn in by Emma, and her brother Ben is instantly attracted to her. Emma right from the start is a little off. She gets more manipulative and such the longer the story goes on.

I was going along with the story just fine for most of the book, even if it was a bit boring. I saw how everyone was worried about Ben, but they couldn't really do anything since he will do what he wants to do. He had to reach rock bottom before he could make some changes for himself. Everyone except Ben hated Emma with good reason. I got all of that and went along with it, even though it was told and not shown.

Then we get towards the end and I just got sick of everyone being an idiot in regards to Emma. Yes she is crazy. Yes they all hate her, so why do they still let her crash their party? Why do they still let her spend the night? You get in a physical altercation with her and yet you still let her stay? Ben says she is stalking him and you still think this is a good idea? From then on it was just like what are you thinking?!? Why would you get in the car with crazy guy you think is the killer? Why would you do any of these idiotic things you did? Did you learn nothing? I thought you saw through Emma and her games, so why are you still playing into them? It made no sense. Emma was a horrible person, but Katherine was just stupid. I was hoping that she would have grown and learned from her experiences, but I don't think she did. It was just like poor decision after poor decision and I really started to hate it. It just got to be too much.

A L H
5.0 out of 5 stars Not what I was expecting - but in a good way!
Reviewed in the United Kingdom on May 6, 2013
Verified Purchase
When this book appeared in my list of recommendations on Amazon I thought it was going to be a traditional crime thriller, since that is what I mostly read. The synopsis doesn't give a lot away but it certainly sounded intriguing.

What I got instead was more of a slow burning psychological thriller, and a very well written one at that. The characters are all so perfectly written that they jump out of the page and you can imagine yourself sitting amongst them like a real group of friends.

When I say "slow burning", I do not mean that the story is slow and boring. Not even slightly, the story is set up beautifully and makes you want to keep reading. Ashley Farley has painted a very clear picture of these characters and their lives, from the relationship between Kitty and Ben, to their parents, their friends, their lives on campus and of course the crazy, manipulative Emma.

There is no blood and gore to be found here, so if that is what you wish for from a book you are best going elsewhere, but this is a really great story with some shocking twists and an ending I was not expecting, beautifully written and well thought out. Recommended.
Read more
One person found this helpful
Report abuse

Michelle
3.0 out of 5 stars haunting first novel
Reviewed in the United Kingdom on May 14, 2014
Verified Purchase
Whilst it got of to a good start, for me the book lost the necessary momentum.
On my kindle for a while I'm not sure where this book came from. Instinct tells me it was a freebie.
Yes I enjoyed it but it wasn't great. Curiosity kept me reading to the end.

As the authors first book it was okay and better than most.
Yes I would read this author again, because it was interesting and haunting.
Read more
Report abuse

Hannah Long
3.0 out of 5 stars Interesting ending
Reviewed in the United Kingdom on April 18, 2014
Verified Purchase
this book tells a tale of a normal life with a horror of a roommate. The reason I only have this book a 3 star rating was because although I thought it was interesting most readers probably would want something more exciting. The first 20 odd chapters of this book include a main story line of Katherine's life. This book does not include a good story line that makes you want to read on until the ending which I find amusing. However if that is not the kind of books that interest you I would suggest a different book.

bare in mind I am a 13 year old female :)
Read more
Report abuse