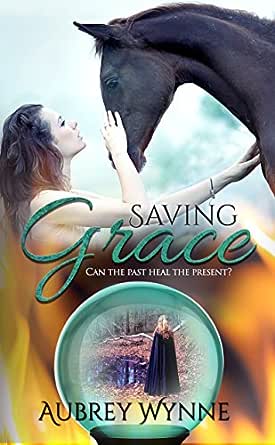 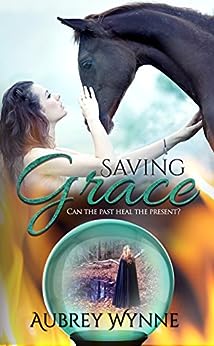 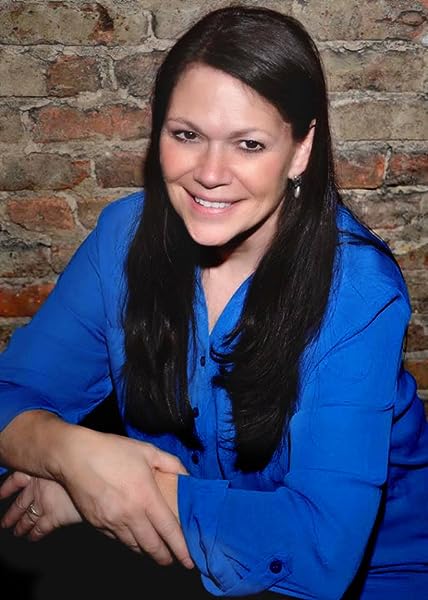 Bestselling and award-winning author Aubrey Wynne resides in the Midwest with her husband, dogs, horses, mule and barn cats. She is an elementary teacher by trade, champion of children and animals by conscience, and author by night. Obsessions include history, travel, trail riding, and all things Christmas.

Her upcoming series "A Vintage Romance" was inspired by tales of her stepfather, who served for the British Air Force in WWII. Wynne's medieval fantasy series "Medieval Encounters" launched in 2017 with Rolf's Quest, winner of the 2016 NTRWA Great Expectations award.

4.5 out of 5 stars
4.5 out of 5
83 customer ratings
How does Amazon calculate star ratings?
Amazon calculates a product’s star ratings based on a machine learned model instead of a raw data average. The model takes into account factors including the age of a rating, whether the ratings are from verified purchasers, and factors that establish reviewer trustworthiness.
Top Reviews

Emily Pennington
TOP 500 REVIEWER
5.0 out of 5 stars Intriguing Mystery !!!
Reviewed in the United States on December 30, 2018
Verified Purchase
February 2006, Chloe bolted up in bed, frightened by a dream – no, not a dream! She smelled smoke and ran toward the barn! Paul, her trainer and business partner, met her at the barn as they tried to save the horses. As Paul is injured, kicked in the head by a frightened horse, and she drags him from the burning stall with her last remaining strength, she collapses but sees the face of her ex-husband standing over her! How did he get there so quickly??

Chloe’s ex-husband, Mike Hatchette, had been stalking her for three years. She heard his voice as she was waking in the hospital, but she kept her eyes closed. He was bullying the doctor, telling him how they were trying to work out their problems and get back together, as he roughly held onto her injured arm. Exhaustion overtaking her, she fell back to sleep.

Dottie Hicks stood by her daughter’s bed and comforted her. Dottie told her Paul had survived. He had a concussion and fractured skull, but he was going to make it. The surviving horses were gathered and neighbors were caring for them. But days later, Fire Chief Young paid her an official visit at the hospital. The fire had been arson and the insurance company would not release any checks to rebuild until the arsonist was found. This would put her out of business.

To be expected, rumors surface and some people think Chloe had something to do with the fire. To escape the immediate pressure, she heads for Virginia Beach. Even there, she cannot find peace, however. When strange things happen, she goes to Jackson Hahn, Virginia Beach's local historian, for possible help. When she describes the odd occurrences in her bungalow, he becomes curious and tells her of a woman who endured similar events. Could history be repeating? Could knowledge of the past fix the present? Or could the intervention of a ghost save Chloe from the danger she doesn’t see?

Great story with some very likable characters, as well some not so nice! The mystery draws the reader in, seeing Chloe suffering for something she did not do and losing everything. The paranormal touch is perfect and again keeps the reader invested in the outcome. Grab your copy and help solve the mystery! What does the future hold for Chloe?
Read more
Helpful
Comment Report abuse

CynTop Contributor: Cooking
TOP 1000 REVIEWERVINE VOICE
5.0 out of 5 stars Thrilling exciting Paranormal
Reviewed in the United States on December 30, 2017
Verified Purchase
The story’s title and cover fits the story so well! There are so many interesting twists and turns as well as historical facts that really kept this story interesting and moving. I really loved how the past played with the future. How eerie it all seemed you didn’t know whether to run and hide or wrap your arms around it. My heart broke for both Chloe and Grace they have a lot in common but are so different. They are kind souls who give so much to those around them.

Ms. Wynne is a wonderful author that really pulls the listener in giving the correct tones and pauses that really shows how talented she is. Her character voice are a delight from her sexy males to her sweet females. She even had Chloe’s ex down to the point that you knew something was very wrong with this man. Her emotions are wonderful she has such caring tones, don’t let that fool you she has no trouble reaching in and bring the angry ones to the surface. The author really knows how to play on your emotion giving you a believable author you have no trouble believing it is real. As I listened I could see Chloe with her beloved horses, the danger they faced and how much she loved the dog. The audio I think is much better than reading it the narrator brings so much to this story really touching your heart giving you emotion you can hold on to. There are no background noises, no repeating of words, and no volumes changes just a truly enjoyable clean and clear listen. Her emotions are right on the money you always know what each character is thinking and feeling. Her performance was outstanding which made this a win, win listen for me.

Chloe’s ex is a real piece of work you have to wonder how Chloe got caught up into his world and how in the world she was able to walk away with, he just doesn’t seem like the man who would let you divorce him. No he has never hit her yet but there are many ways of abuse. Sometimes I think playing with the mind is the worse abuse anyone can go through. You can’t see it, you have no clue but it hurts and is very really. The author has no trouble showing what kind of man her ex is as she takes you through the pace of him wanting her back and what all he is willing to do to get what he wants. I just loved her mother and her partner’s characters they are both witty and charming. I love how her mother is always nice to her daughters ex but still come across with that sassy attitude that many can’t pull off.

Chloe is just a wonderful character that gives so much. Grace lord what that women went through and what she still must be going through to still be here after so many years. The author gives you a delightful twist of two women and how their lives help the other to get over pain and deal with the issues they must. With Grace I just wanted to grab, hug her and keep her safe. The lies that were told about her and the punishment that her neighbors dealt out to her are just so bad. How she deals with the future will make you smile. Chloe’s new friend is so funny, I loved how he dealt with the ghost. I really laughed hard at that. This was a fun read that really keeps you smiling but it is also very sad with your emotions twisting first one way and then another.

I enjoyed the way the author went from past to present really pulling the read in. The mystery was a delight. How the past and the present came together was fun. The power the ghost had really had me on the edge at the end. I was yelling YES YES you go Grace, don’t let him get away…you got this Grace. Grace you are my HERO. The author gives a wonderful story of two women fighting to keep what is theirs showing their strength, love and courage to put one foot in front of the other why the world around them goes crazy.

The new romance and the way it plays in the story is just so natural I LOVE IT. It is a well blended story of a little of everything that makes it a wonderful audio. The ending is a shocker but what an ending, I just did not want this audio to end I wanted to see more of these characters and how their lives turned out.
Read more
One person found this helpful
Helpful
Comment Report abuse

Terri McGee - Author and Amazon Customer
5.0 out of 5 stars Great Book!
Reviewed in the United States on August 3, 2017
Verified Purchase
Saving Grace is the first book I've ready by author, Aubrey Wynne, and I can say that I am looking forward to reading more by her! Saving Grace includes a bit of history with fiction, a combination that I wasn't sure I would enjoy being that I am not much of a fan of the historical genre. The story moving between present and past, and the connections between the two eras and the main characters depicted in both, make Saving Grace an interesting read; the added mystery and obstacles both try to overcome being what pulls the story together. I would definitely recommend Saving Grace, and its author, to anyone who enjoys a good mystery, even if they are not fans of historical reads. Kudos to the author for putting together a story that leaves you guessing until the end, and educates the reader just a bit along the way!
Read more
One person found this helpful
Helpful
Comment Report abuse
See all reviews from the United States

Kindle Customer
5.0 out of 5 stars A fight for serval
Reviewed in the United Kingdom on October 24, 2017
Verified Purchase
I am glad that I have read this story,even if it is not real but life is a fight from the day we are born to the end of life . The show 's that a woman who is on her own with her children will fight to the end . Thankyou for your story I have have enjoyed it I would like to say that I wish you all the best in the area of your chosen field and may fortune smile on you always
Read more
Helpful
Sending feedback...
Thank you for your feedback.
Sorry, we failed to record your vote. Please try again
Report abuse