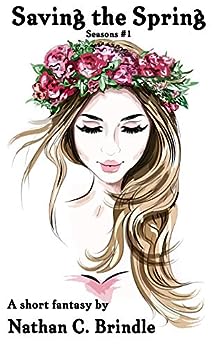 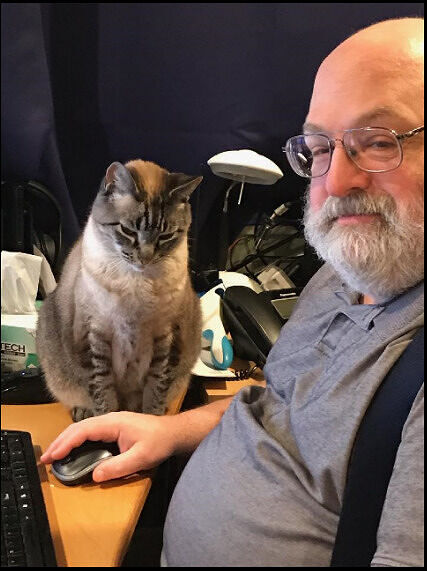 by Nathan C. Brindle (Author) Format: Kindle Edition
Book 1 of 3: Seasons
See all formats and editions
Sorry, there was a problem loading this page. Try again.
Jack Randall knew immediately something was off when he pulled up to the old roadhouse.

Little did he know that crossing paths that night with the establishment's beautiful bartender and her handsomely-rugged boyfriend/cook would lead to him recalling his former life as a god – or fighting a rematch with the god who had stolen his memories.
Read more
Previous page
Next page

Next 3 for you in this series See full series
Total Price: $2.97
Books In This Series (3 Books)
Complete Series
Seasons
Kindle Edition
Page 1 of 1Start OverPage 1 of 1
Previous page
Next page

Mr. Brindle is a software engineer of a certain age and girth. He can do nothing about the former, but is attempting to do something about the latter. He is happily married to his lady Sally, with whom he has two cats and several children of other parents, one of whom has graced him with two grandchildren upon whom he dotes. His educational background is in History, mostly American with a side of Japanese.

He is a Freemason of long standing; Master Mason, Past Master of his lodge, a Knight Templar in the York Rite of Freemasonry, and a 33° Sovereign Grand Inspector General and Honorary Member of the Supreme Council, 33°, of the Ancient Accepted Scottish Rite of Freemasonry for the Northern Masonic Jurisdiction of the United States of America. As if that were not cool and sublime enough, he once held the single most badass title in Freemasonry: Thrice Potent Master of the Lodge of Perfection, 14°. And he has been Secretary of more Masonic bodies and organizations than any sane man should ever aspire to become.

He is also a licensed amateur radio operator, Amateur Extra Class, and only wishes he had a broken 6-meter amplifier that could project mini-singularities.

Otherwise, he's either working, writing, honey-dewing, or playing with his grandchildren.

P.S. His wife loves this photograph about as much as she hated the old one. :)

L. Paul
5.0 out of 5 stars When Spring and Autumn Meet
Reviewed in the United States 🇺🇸 on May 13, 2020
Verified Purchase
Fans of Alma T.C. Boykin and Tom Rogneby will love this short story. It begins as a road trip with a couple of middle-aged snowbirds (well-armed ones) and turns into a fight for life, honor, and the immortal love of a lady as old as time. The plot is delightfully clever, the action fast and furious and you will love the main characters as they forge a new destiny.
Read more
Helpful
Report abuse

Ed C
5.0 out of 5 stars Great short story
Reviewed in the United States 🇺🇸 on May 23, 2020
Verified Purchase
It was interesting and fast paced. The story also grabbed my attention using familiar names. To quote a line from another piece of literature..."More Please"
Read more
Helpful
Report abuse

Antisocial Media
5.0 out of 5 stars I liked it
Reviewed in the United States 🇺🇸 on May 24, 2020
Short sweet, complete. Don't usually read fantasy, (read hard SF since Niven in the 60s) but even Niven dabbled in fantasy now and then. Like to see a novel. Currently available drivel is disappointing.
Read more
Helpful
Report abuse

Joe Huffer
5.0 out of 5 stars Great summer escapism
Reviewed in the United States 🇺🇸 on May 27, 2020
Great read. I rather enjoyed it even though fantasy and SciFi are not my usual genre.
Read more
Helpful
Report abuse

Richard Sherburne Jr
5.0 out of 5 stars Short, well paced with a couple of unexpected turns.
Reviewed in the United States 🇺🇸 on May 19, 2020
If you like Tom Rogneby you will like this. Well written, enjoyed.
Read more
Helpful
Report abuse
See all reviews

Kindle Customer
4.0 out of 5 stars Dream-like urban fantasy
Reviewed in the United Kingdom 🇬🇧 on February 23, 2021
Verified Purchase
A strange short story with an unexpected mythological twist. It gave me the feeling of being narrated through a down-to-earth kinda guy's weirdest dream ever, where things just randomly made sense to him even when logic screamed otherwise and had me bemused. Only it's not a dream, and when everything slots into place...

Truth be told I wasn't sure this was going to be one for me. Our narrator Jack is an older gent, one who worried me when he couldn't help but notice how good bar lady Joelle looked... I was afraid it was going to b one of those male gaze stories. But thank goodness Jack's a pretty decent guy, full of wry humour and warmth. The mythological elements were pretty nicely done (it's impossible not to say American Gods only less of the bodily fluids) with more of that dry wit.

I was pretty confused in the beginning as to why Jack doesn't question the strangeness unfolding around him. But hey, suspend your disbelief. This is one for those who like dream-like magical realism, good honest narrators, and just a little bit of humour when it comes to meeting beings of myth.
Read more
Report abuse
See all reviews
Report an issue
Does this item contain inappropriate content?
Report
Do you believe that this item violates a copyright?
Report
Does this item contain quality or formatting issues?
Report