The Savior (Raj Whitehall Book 10) and millions of other books are available for Amazon Kindle. Learn more
Share <Embed> 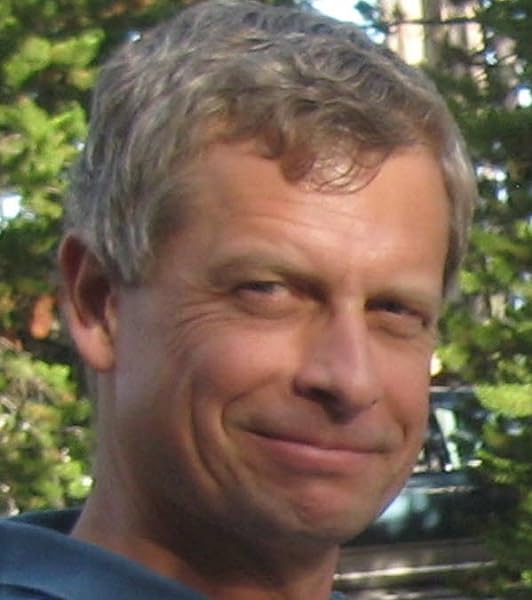 Tony Daniel is a science fiction writer and author of Star Trek: The Original Series: Devil’s Bargain, Guardian of Night, Metaplanetary, Superluminal, Earthling, Warpath, and short stories such as “A Dry, Quiet War.” With David Drake, he is the author of The Heretic and The Savior. He is also an editor at Baen Books. He’s had multiple stories in Year’s Best anthologies, one of which, “Life on the Moon,” won the Asimov’s Reader’s Poll Award for year’s best story and was nominated for a Hugo Award.

Start reading The Savior (Raj Whitehall Book 10) on your Kindle in under a minute.

4.1 out of 5 stars
4.1 out of 5
66 global ratings
How are ratings calculated?
To calculate the overall star rating and percentage breakdown by star, we don’t use a simple average. Instead, our system considers things like how recent a review is and if the reviewer bought the item on Amazon. It also analyzes reviews to verify trustworthiness.
Top reviews

Nelson A Hill
5.0 out of 5 stars A must read !
Reviewed in the United States on November 18, 2014
Verified Purchase
When I first started to read this series back just after the Jurassic. I would lie on my couch or hammock and let the stories take my mind off the soreness and pain of long hours of work . With this book I find myself force retired able to take my time and savor it . I purchased this through Amazon kindle and uploaded it to my IPad used voice over and listened when not reading . I intend to purchase the book in written form in the future so when my IPad dies I'll still be able to reread it with the rest of my set .
Read more
Helpful
Report abuse

Rick
5.0 out of 5 stars Great SciFi
Reviewed in the United States on December 25, 2014
Verified Purchase
Like usual these authors put out an awesome novel. They take a pretty unbelievable story plot line and make it seem reasonable. Like I would expect there's a lot of practical facts pulled from our own history that are correct and fit very well within the overall novel. It would be best to search for the books in the series and work your way up, which will make the novel that much better.
Read more
One person found this helpful
Helpful
Report abuse

Baron Lord Salek Holme
5.0 out of 5 stars Great read, but do the series in order.
Reviewed in the United States on February 16, 2018
Verified Purchase
Drake authors some of the best history as science fiction. You will want the entire series of which this is a recent book.
Read more
Helpful
Report abuse

Amazon Customer
5.0 out of 5 stars Another great one in a great series
Reviewed in the United States on June 22, 2016
Verified Purchase
The original series was one of the better series in sci fi, & this one by Tony Daniel is a great read, very good characterization, compelling plot line, all the evils of perverted theocracy. I really recommend it.
Read more
Helpful
Report abuse

David Harriss
3.0 out of 5 stars A weak finish
Reviewed in the United States on December 11, 2015
Verified Purchase
The Heretic was solid, well paced, and interesting. This is a jumble, bouncing through three phases, and boring for a surprising length.
Despite that, the core story is good and ends satisfyingly.

Amazon Customer
2.0 out of 5 stars not that great
Reviewed in the United States on December 3, 2015
Verified Purchase
This was almost a good book. However it missed the mark. I have loved all the others bit this one was a pale imitation. I didn't like it all that much. The others in the series have always been favorites of mine.
Read more
Helpful
Report abuse
See all reviews

Marshall Lord
4.0 out of 5 stars Sequel to "The Heretic" in the Raj Whitehall series
Reviewed in the United Kingdom on April 19, 2015
Verified Purchase
"The Saviour" by Tony Daniel and David Drake concludes the story arc which began with " The Heretic (General (Baen)) " and tells the story of the planet Duisberg in Drake's "The General" military SF series. This is the tenth novel in the "General" series.

The stories in the universe of "The General" are nominally science fiction set a few thousand years in the future after the fall of a galactic republic which the heroes of the series are working to rebuild, one planet at a time. However, several of the plotlines are reworking of stories from classical military history: for example the original five stories set on the planet Bellevue are loosely inspired by the life story of the Byzantine empire's greatest general, Count Belisarius, on whom the character of Raj Whitehall is based, and the two stories set on the planet Hafardine are a retelling of the history of the Roman Republic in the century before the birth of Christ. With some modifications to the ending in each case!

"The Heretic" and "The Savrious" feature a different type of opponent. Where on Bellevue Raj Whitehall "merely" had to defeat waves of waves of barbarians without his success causing his paranoid political boss to have him eliminated as a threat, and in "

The Chosen (Raj Whitehall) " Raj and his agents had to prevent a nation of super-nazis from conquering the relevant planet, this time Raj and Center are up against another supercomputer.

On Bellevue an imperial battle computer, Center, had survived and was working by stealth through carefully selected humans to re-establish civilisation.

Like Bellevue, the planet Duisberg where "The Heretic" and "The Saviour" are set has a surviving pre-fall computer. But this one, called "Zentrum," has taken a diametrically opposite approach from that of Center. Instead of trying to rebuild civilisation, Zentrum has interpreted its' programming as a command to keep the planet in stasis, which it has done by establishing a restrictive, anti-innovation church with itself worshipped as God. Zentrum also maintains stasis in the long run by periodically deliberately allowing successful invasions of the civilised areas of the planet by barbarians. These devastating incursions are known as the "blood winds" and by the time of "The Saviour" one of them is some years overdue ...

In the first book Raj and Center made contact with a small boy called Abel. To prevent the massacre of everyone he loves, he had to selectively disregard the teachings of Zentrum's all dominant religion and become a heretic. A crime which is punishable by burning at the stake ...

By the start of "The Saviour" Abel has grown up and become a senior military commander, as is his father. Through a series of brilliant military tactics, careful deflection of the blame for success, and with the help of Raj and Center's advice, he managed to stop an invasion which Zentrum had intended should succeed.

Now he finds himself second in command of another military operation which Zentrum intends to fail with catastrophic results for everything which passes for civilisation on Duisberg. And Zentrum is not planning to allowing the soldiers who serve it anychance to win ...

These Duisberg stories are not quite as brilliant as the best of the previous books in the series but both are fairly unputdownable - I finished reading both "The Heretic" and "The Saviour" quickly and thoroughly enjoyed both books.

The books of the original five part series "The General," set on Raj Whitehall's planet, Bellevue, are

(These two original novels have been published together twice, first as "Warlord" and again as "Hope Reborn")

The Anvil (Book III of The General) "

(These three published together as "Conqueror.")

Then there are the two "Hafardine" books:

There is a stand alone novel co-written with S.M. Stirling, on which the eponymous bad guys are very similar to those in Stirling's "Draka" trilogy ...

Then we have these two "Duisberg" books:

Stephen Wortley
3.0 out of 5 stars Your spellcheck is NOT your friend!
Reviewed in the United Kingdom on August 3, 2018
Verified Purchase
As another reviewer noted, the best Raj Whitehall novels are the collaborations with S.M. Stirling, but this was nevertheless a decent story. What marred it for me was the number of proofreading errors, which interrupt the narrative while you try to work out what was actually meant - "dingy" for "dinghy", "tongs" for "thongs" and "disbursed" for "dispersed", to name but a few. Baen produce some very good writers, but they don't do them justice.
Read more
Report abuse

B B Bird
5.0 out of 5 stars A damn good book!
Reviewed in the United Kingdom on July 25, 2015
Verified Purchase
Once again David Drake and his collaborator Tony Daniel have produced an excellent novel, with the usual well thought out action/battle scenes and well rounded characters.If, like me, you are a fan of Davids writing then you will enjoy a wonderful addition to his "General" series. If, however you don't know him, then you will ( I hope) still enjoy a good military sci/fi adventure.My only advice is that you should read this series from the
beginning, or at least read the prequel to this book "The Heretic" (another excellent book).
The story of a world ruled by a tyrannical religion with a mad computer at its centre pretending to be god, and the only one who can stop the blood winds is one young soldier helped by Raj Whitehall and Centre is a brilliant continuation of the series and I hope to read more of both this series and both David and Tony's work.You won't be disappointed!

Kindle Customer
3.0 out of 5 stars Not a bad continuation from a new author to the series.
Reviewed in the United Kingdom on December 26, 2017
Verified Purchase
Missed some of the personal interaction between Able and Centre as in earlier books, such as when Centre took control in action sequences but not bad overall.
Read more
Report abuse

Page 1 of 1 Start overPage 1 of 1
Previous page
Next page
Pages with related products. See and discover other items: fantasy maps