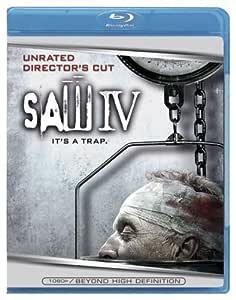 Jigsaw and his apprentice Amanda are dead. Upon the news of Detective Kerry's murder, two seasoned FBI profilers, Agent Strahm (Scott Patterson) and Agent Perez, arrive at the depleted police precinct and help veteran Detective Hoffman (Costas Mandylor) sift through Jigsaw's latest grizzly game of victims and piece together the puzzle. However, when SWAT Commander Rigg, the last officer untouched by Jigsaw (Tobin Bell), is suddenly abducted and thrust into the madman's harrowing game, the officer has but ninety minutes to overcome a series of interconnected traps...or face the deadly consequences. Rigg's citywide pursuit leaves a wake of dead bodies, and Detective Hoffman and the FBI uncover long hidden clues that lead them back to Jigsaw's ex-wife Jill (Betsy Russell). The genesis of Jigsaw's evil is unveiled, exposing the puppet master's true intentions and the sinister plan for his past, present and future victims.

Even death itself can't bring the savage games of Jigsaw to an end, as Saw IV proves; if anything, the fiendishly clever serial killer (once again played by Tobin Bell) is equally capable of dealing out violent death while lying on a morgue slab as he was in life. Saw IV also offers a class reunion of characters from the previous three films, each once again up to their necks in Jigsaw's schemes. Chief among them is Sgt. Rigg (Lyriq Bent) from Saw II, who must place himself in Jigsaw's shoes in order to rescue Detective Matthews (Donnie Walhberg), who was abducted by the killer at the end of Saw II, and Forensic Hoffman (Costas Mandylor from Saw III), from another elaborate murder device. Meanwhile, FBI agents led by Scott Patterson (Gilmore Girls, Aliens in America) attempt to track Rigg as he carries out Jigsaw's horrific notion of justice from beyond the grave. Casual horror fans may find the endless puzzles and relentless nihilism of the Saw series wearing thin with this fourth entry, but the franchise's key selling points--the Sadean excesses of Jigsaw's macabre creations--remain as bloody and unsettling as ever. --Paul Gaita

4.6 out of 5 stars
4.6 out of 5
787 global ratings
How are ratings calculated?
To calculate the overall star rating and percentage breakdown by star, we don’t use a simple average. Instead, our system considers things like how recent a review is and if the reviewer bought the item on Amazon. It also analyzes reviews to verify trustworthiness.

Sam
5.0 out of 5 stars Always a surprise at the end.
Reviewed in the United States on April 14, 2009
Verified Purchase
If you're familiar with the Saw franchise, then you should know by now that every Saw movie ends with a big surprise, and this movie is no exception. But I'm getting ahead of myself.

Saw IV is probably the most fast-paced Saw movie to date. I was very surprised that they were able to keep the audience entertained, horrified, and on the edge of their seats at THIS late in the game. In my opinion, Saw IV is on par with Saw III, and is much better than the previous movies.

The fourth installment in the series introduces what may be at present a new trend for the Saw franchise - flashbacks. Plenty of flashbacks, all the while keeping to its roots of "testing" those "undeserving of the life they've been given." IV does a good job explaining events which led to John Kramer's eventual transformation into Jigsaw, as well as tying up any other loose ends left behind from previous films, most notably the ending of Saw II.

Rachel Allie L.
4.0 out of 5 stars Wow! How can they top this installment? ***Spoilers***
Reviewed in the United States on April 20, 2008
Verified Purchase
Saw IV clears up a lot of things like where did Jigsaw (he hates that name) come up with this stuff. Watching his lawyer get it in the head is fun enough. We do meet Jigsaw's wife and Jigsaw's first "test" subject.

The start of the movie is the end by the way. After that, the FBI sends in a couple of agents (the guy has too many quick answers but is likeable). The SWAT commander is tested to see people like Jigsaw does and to test him. But, surprise, the detective is now Jigsaw's new recruit, and he will be tested. By whom? Saw IV's ending sets up Saw V for next Halloween.

The new traps get even more complex including the Swat commander's that has no trap; he just has to be patient. The detective from Saw III is still alive and he has to save him by doing Jigsaw's tests on a rapist, a psychopath chick, let a woman kill her husband to get free from his abuse, and not get to his buddy detective too soon.

The movie tells us all about Jigsaw and his ex-wife and how it all got started. The next one will obviously introduce a new Jigsaw. I wonder who else Jigsaw trained. It had to be someone since they kept the detective from Saw III alive.

The principle thing about the Saw movies is not to take your life for granted and miss out on things, and make people (criminals) no longer able to keep doing their sins. Saw IV didn't make a mistake though: the woman Riggs did rescue could have went to prison instead of getting herself killed.

Somehow, Saw IV just got better. I didn't think they could top Saw II or Saw III but they did. Without Tobin Bell, how will they make Saw IV top any of them?
Read more
One person found this helpful
Helpful
Report abuse

Leslie Benker
5.0 out of 5 stars Great Movie
Reviewed in the United States on July 8, 2019
Verified Purchase
I have always loved the Saw movies and decided to buy the unrated version and it does have a lot of the deleted parts of
the movie in it. After this I will always buy the unrated or director's cut.
Read more
Helpful
Report abuse

Jason Weyandt
3.0 out of 5 stars I think I've "seen" enough!
Reviewed in the United States on February 1, 2008
Verified Purchase
In my opinion this is the worst Saw out of all 4. The plot is really getting sparse here and I don't know what the other reviewers are seeing but to pretend the plot and script are tricky or intelligient is just goofy. A prime example of this is the premise that all of the new deaths occur after an autopsy of John Cramer's(Tobin Bell) body reveals a tape inside of his stomach. If you pay attention the new killer is provoked into killing after he hears Jigsaw's last tape but the movie ends with the new killer standing next to John's body back at HIS building from Saw 3. Am I just stupid or how can the detective find this tape and begin killing if Jigsaw's body never left the building and there-by never had an autopsy performed. Please see the movie and tell me where I went wrong.
Blu-ray picture is as good as the other 3 and the sound is the same quality as well. Although it claims that there are 7.1 channels when I can only get 5.1???
Read more
One person found this helpful
Helpful
Report abuse

Amber Eve
5.0 out of 5 stars each story better than the next
Reviewed in the United States on September 28, 2016
Verified Purchase
If you love scary movies you are sure to love the saw movies. when you have seen one you want to see them all. this is a great collection, but if its your first time id like to add you should start watching them in the day time lol. and maybe not alone if you are a scary person. when you think you found the answer or what is going to happen next, your wrong you have no clue what is about to happen. t is going to happen
Read more
2 people found this helpful
Helpful
Report abuse

Anthony L. Wallace
5.0 out of 5 stars Saw IV
Reviewed in the United States on April 23, 2011
Verified Purchase
So we knew that Jigsaw was dead at the end of Saw III, but would happen next? Saw IV was creative in the sense that the events would take place parallel to the events in Saw III. The beginning of the movie with Detective Hoffman listening to the tape left for him by Jigsaw made you think one thing, but by the end it was a whole other story. Jigsaw's background was revealed alongside with his wife, Jill Tuck. Agent Straum was a great character to introduce as he looks deeply into the Jigsaw case. Overall, Saw IV may not have had the feel of the Saw I-III, but it did deliver.
Read more
Helpful
Report abuse

Michelle Gratacos
5.0 out of 5 stars Great movie
Reviewed in the United States on May 17, 2020
Verified Purchase
The Saw 4 movie was brand new just like the seller said it would be. I would buy from this seller again.
Read more
Helpful
Report abuse

melissa m
5.0 out of 5 stars LOVE it!
Reviewed in the United States on January 20, 2013
Verified Purchase
Im a huge saw fan, I buy all my saw dvd's on amazon, since I can't find any better prices any place else. Came brand new, packaged and sealed and LOVE it! These movies are awesome, finally a sick twisted movie with lots of sick torture, but with a continuing story line. Nice to finally watch a horror, that can put out a new movie almost every year, but the story always goes on, which is kind of nice. If you enjoy sick torture and gore and a good story, you can't beat the Saw movies! They are my favorite movies!
Read more
Helpful
Report abuse
See all reviews

Columbo
1.0 out of 5 stars German dvd is cut
Reviewed in the United Kingdom on May 2, 2015
Verified Purchase
Firstly let me make it clear the 2 stars are for the dvd itself and not the film. Saw 4 is an excellent entry into the Saw series. This is the German dvd whcih does play in English Language. My main gripe is that the dvd is cut and cut badly. Almost every scene of gore has had bit removed. One of the main attractions of the Saw films are the traps and the gore (yes I do enjoy a good gory horror film) and to have these scenes hacked to pieces (no pun intended) ruins the films. In fact the only good thing about this dvd is the very nice cover art. So if you want to watch Saw 4 then avoid this release and go for the UK dvd release instead.
Read more
One person found this helpful
Report abuse