I Saw You: Comics Inspired by Real-Life Missed Connections and millions of other books are available for Amazon Kindle. Learn more
Share <Embed>
Have one to sell?
Sell on Amazon 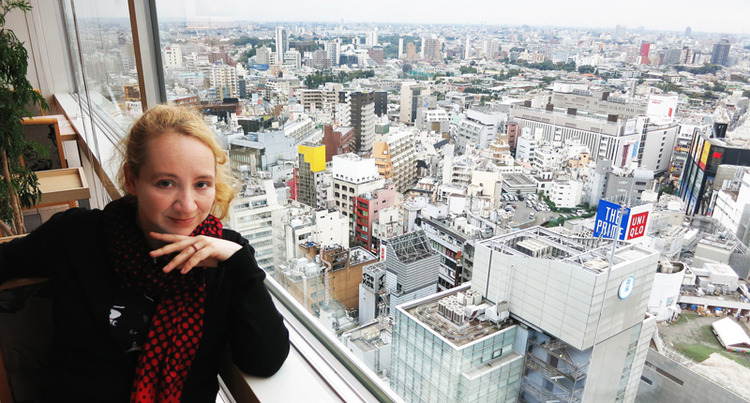 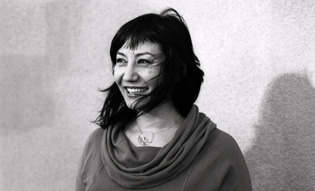 It seems like a simple enough premise: short comics based on the missed-connections ads from newspapers and Craigslist, drawn by a host of cartoonists. Despite thematically arranged chapters (coffee shops, travel), this anthology doesn't quite hang together—in part because the contributors have interpreted the assignment in so many different ways. Some draw literal or metaphorical interpretations of actual ads; some make up their own; some mock the entire concept; a few simply address the idea of missed connections but don't deal with personal ads. The book's real value is as a snapshot of the current state of the mini-comics scene, in which editor Wertz is something of a star. Nearly every significant mini-comics artist of the moment is represented here, including Lucy Knisley, Kazimir Strzepek, Sarah Glidden, Alec Longstreth, and, best of all, Laura Park, who contributes a few splendid, cruelly funny pieces. There are a few bigger names in the collection (like Peter Bagge and Jeffrey Brown), but the roster will probably look a lot more impressive in a few years. (Feb.)
Copyright © Reed Business Information, a division of Reed Elsevier Inc. All rights reserved.

JULIA WERTZ is a cartoonist and writer and the creator of the autobiographical comic The Fart Party. She lives in Brooklyn.
Start reading I Saw You: Comics Inspired by Real-Life Missed Connections on your Kindle in under a minute.

3.7 out of 5 stars
3.7 out of 5
28 global ratings
How are ratings calculated?
To calculate the overall star rating and percentage breakdown by star, we don’t use a simple average. Instead, our system considers things like how recent a review is and if the reviewer bought the item on Amazon. It also analyzes reviews to verify trustworthiness.
Top reviews

Henry H. S. Yoon
3.0 out of 5 stars Interesting book, disappointing on iPad
Reviewed in the United States on August 23, 2010
Verified Purchase
As I have stated on the title, I bought this book to read on my iPad, and trying to read a graphic novel purchased from Kindle bookstore on iPad is a bit disappointing. More on that later.

The book itself is an anthology of different short stories based upon the "Missed Connections" section on craigslist. I am not a craigslist junkie myself and did not know such section existed, but I'm pretty sure everybody has a story of encountering a stranger somewhere some time ago without knowing anything about that person, only to think back and wishing they got to know that person better. "I Saw You:..." is exactly about these kind of stories, and while some stories are really interesting, some are quite mundane, and some are just creepy- just the kind of stuff you'd expect from craigslist anyway.

As it is an anthology, there is no single author, instead it's a collaboration between various graphic novelists all showcasing their talent, and there are some talented artists/storytellers here, while some simply doodle along- when the artwork is great and the storytelling augments an already intriguing story, that's great, but when someone scribbles along a story worthy of drawing on a napkin, it can be quite frustrating.

All in all, your mileage may vary- I thought it was interesting stuff, quite good actually, but hardly memorable book. I think the subject matter itself is more fascinating than anything.

And for the iPad experience- since I do not own a Kindle, I am guessing the other reviews posted on this page stems from positive reading experiences, while the iPad version does not fare well. With its beautiful color screen, you'd imagine that reading graphic novels on the iPad would be a great experience- nope. While I can understand Amazon focuses on the Kindle readership, I wish they would work a bit harder on delivering on different markets, no matter how big or small they may be. Graphic novels on iPad via the Kindle app shows each page as a single image that can be zoomed in when touched, but the image quality is not great- some of the texts from the book is quite small or handwritten, which makes zooming in an absolute necessity, but due to the crappy image, it is very hard to make out the small letters.

Overall, the book itself is about three and a half stars, but due to the bad transition from Kindle to iPad, I'm taking off half a star. With Apple's iBook store low on graphic novel stock, I try to do the right thing and purchase my books instead of illegally downloading them, but it sucks paying 9 bucks and not able to read some of the lines! Hope this issue gets fixed soon.
Read more
Helpful
Report abuse

Shea O'Neill
4.0 out of 5 stars Mine is also a library book. Lollerskates!
Reviewed in the United States on December 26, 2013
Verified Purchase
I read Steven Wendells review and had a chuckle. Mine also had library tape and could very well be a weathered bathroom book. The book itself was entertaining and I'll keep it. I'm trying to convince myself this used book is charming. So basically I am throwing up 4 stars for the content even though I'm less than thrilled it's a library book.
Read more
Helpful
Report abuse

Angela M
3.0 out of 5 stars good
Reviewed in the United States on October 22, 2015
Verified Purchase
I enjoyed this, despite the WIDE variety of mini stories and humor within. A lot of my favorite comic artists contributed to this, so I thought it might be even better than it was. But yeah, I recommend.
Read more
One person found this helpful
Helpful
Report abuse

Vinod Babu
4.0 out of 5 stars Quirky and charming
Reviewed in the United States on April 16, 2009
Verified Purchase
A book of short comics based on missed connections, sidelong glances and secret trysts, as reported by the anonymous multitudes on Craigslist and the personals columns in newspapers.

Ranging from the hopelessly romantic to the definitely bizarre, these fleeting encounters are brought to vivid life by a variety of artists.
Read more
4 people found this helpful
Helpful
Report abuse

Mj.creates
4.0 out of 5 stars The firsit book i bought on my kindle!
Reviewed in the United States on March 22, 2009
Verified Purchase
this book at times was a little difficult to read on the kindle, however i got through it and enjoyed every laugh out loud comic about the pathetic souls who put out and answer missed connections adds, it reminded me of the movie ghost world with thora birch ( one of my favorite movies)
Read more
One person found this helpful
Helpful
Report abuse
See all reviews

H. Raine
5.0 out of 5 stars I read you...
Reviewed in the United Kingdom on March 1, 2009
Verified Purchase
Quite simply, I've had this lying around at home and people who are not generally comic book readers have all said it's marvelous.

The stories are touching, funny and sweet. A brilliant collection.

Having comic creators Peter Bagge, Sam Henderson and Jeffrey Brown on board is good news for this anthology but even the new talent hold their own.

Something for everyone. Check it out.
Read more
4 people found this helpful
Report abuse
See all reviews
Pages with related products. See and discover other items: 24/7 science books
Back to top
Get to Know Us
Make Money with Us
Amazon Payment Products
Let Us Help You
EnglishChoose a language for shopping. United StatesChoose a country/region for shopping.
© 1996-2021, Amazon.com, Inc. or its affiliates