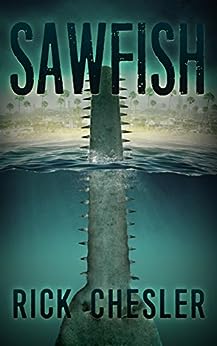 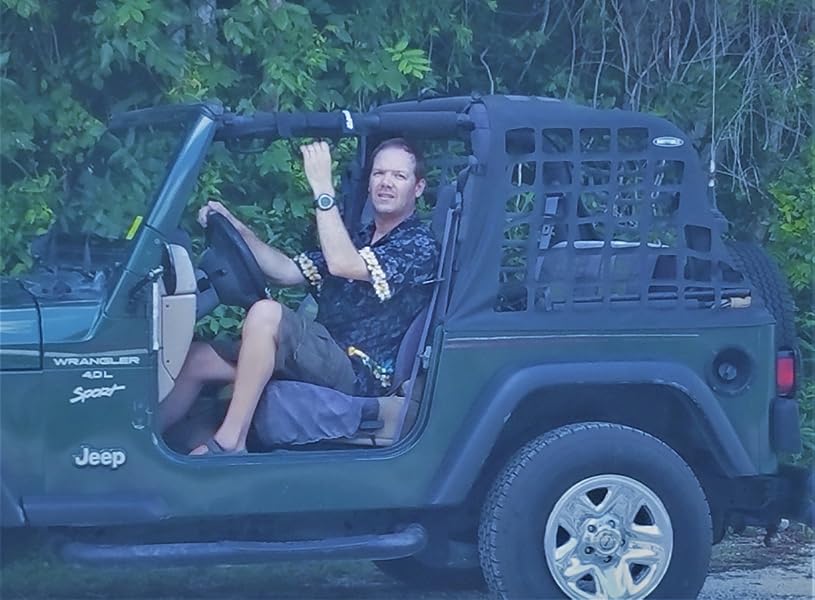 3.8 out of 5 stars
3.8 out of 5
47 global ratings
How are ratings calculated?
To calculate the overall star rating and percentage breakdown by star, we don’t use a simple average. Instead, our system considers things like how recent a review is and if the reviewer bought the item on Amazon. It also analyzes reviews to verify trustworthiness.
Top reviews

Boom Baby Reviews
2.0 out of 5 stars Not for Me
Reviewed in the United States on August 8, 2016
Verified Purchase
Despite it having a lot of elements that I liked, this book wasn’t ultimately for me.

There were elements that I liked. It was fast-paced and the flow of it was generally good, and the use of the sawfish as our Monster Du Jour was also good. I love monster lit about big sharks as much as the next person, but something a little different is always neat too. This definitely had that going for it. I also found the use of Stiltsville to be very creative.

However, that all wasn’t enough to save it from the stuff I didn’t like.

Our two “main characters” were both unlikeable. Rayman was sexist, racist, and classist. With no redeeming values that I could see whatsoever. (And definitely Chekov’s Gun feeling to the injury/blood scene at the end of the first chapter, but it never came back up?)

Elise was a complete idiot, felt somewhat like a stereotyped character, with considerable morality issues who seemed to only exist in the book to poke the other unlikeable main character and show readers what an ass he was. (We didn’t need the help.) The blackmail plot felt jammed into things without much smoothness, and her “change of heart” at the end was insulting on some levels.

There were way too many Point of View changes with probably half of the book made up of “one time use” characters there to be victims. Some of that is good, but too much is annoying. While most characters–especially Rayman and Elise–made decisions based on obvious plot devices rather than anything resembling realism for how humans would behave. (Semi-related, but catching the giant monsters seemed to happen too easy.)

*Spoiler* For example, Elise KNOWS what’s going on and what’s happening, but she still is gonna take her kid with her on a pleasure cruise on the water when she KNOWS there are several sixty foot monsters out there? Really? No, the author just needed her lined up where he wanted her. But it was a pretty idiotic move on her part.*End*

It also struggled between not knowing if it was Limited PoV or Omniscient, and couldn’t make up its mind on a Tense.

Overall, I found it to be a good idea that was ultimately poorly executed. With no heart and only two types of characters–crappy ones or dead ones–and me feeling the most sympathy for the manatee. It’s 2 Fireballs for this.
Read more
2 people found this helpful
Helpful
Report abuse

Natalie @ ABookLoversLife
VINE VOICE
4.0 out of 5 stars Fun and entertaining.
Reviewed in the United States on January 8, 2018
Verified Purchase
When Dr Mason Raymans funding was cut, he had only just, accidentally, created a gigantic Sawfish. He was bitter so decided to unleash the Sawfish into the sea, but the Sawfish was unnaturally vicious and has been killing people. Raymon still wanted revenge and he decided to unleash more of the deadly fish into the ocean. What follows was a rip roaring creature feature!!

So I'm a big fan of creature features, especially sea dwelling ones, and Bigfoot ones. so I eagerly started this when I bought the audio. While it had it's faults, it was still a fast paced and entertaining read.

The author did a great job with the Sawfish scenes and I so wanted more of them. I loved the science behind the creation and how the author made those scenes believable. I also loved that the author focused on a weirder fish, rather than a shark or Megladon. It made it a little more interesting!!

The characters in this were hard to like, but I also kind of liked that fact. Rayman is a psycho!! He releases one Sawfish and even though he knows it's killing people, he decides to release more because there is a reward for the capture of the monster. In his mind, he thinks that people will cheer him and his reputation will soar, if he catches them. He was really well written, but very unlikable!!

I didn't like Elise at all. She sees Rayman releasing the Sawfish and videos it. A spur of the moment decision, sees her blackmailing Rayman. She will release the video unless he pays her. That didn't bother me, what bothered me was the fact that even though people were being killed, she never showed, or told the police! I wanted to shake her and tell her to go to the police and try to stop the killings!!

In all though, this was a fun, entertaining and exciting read. I love me some creature feature books, and this author always delivers a great read.

The narrator read this really well. He had distinctive tones and voices for the different characters, and he brought the atmosphere to life!! It's my first by this narrator and I'm looking forward to listening to more by him.
Read more
Helpful
Report abuse

Fred Rayworth
4.0 out of 5 stars Great Icky Bug - Would've Been Better Without Omniscient Point Of View
Reviewed in the United States on May 31, 2016
Verified Purchase
Sawfish was some excellent icky bug! Full of monsters and mayhem, this story was a B-movie delight. I could see this being a Saturday feature on SyFy Channel one day. Then again, I’ve just about given up on SyFy showing anything good on Saturday anymore, but that’s another story…

Mad scientist accidentally creates monster fish. Gets fired, lets fish go, mayhem ensues. What more could one ask for? All the usual clichés are there, to a point. There’s a high body count, lots of f-bombs. The only thing missing is the naked chicks that have nothing to do with the plot. Oh well, can’t have everything.

My only real beef was the writing. While it was good solid third-person, the author chose to write omniscient. That is one of my pet peeves. The omniscient point of view is all over the place, with no emotional investment in one character. Well there are main characters, but as soon as another character comes along, the point of view jumps into their head and bam, head hopping and mixing things up. The cast of thousands mentality. It was a bit harder to enjoy the story with no focused points of view.

The other thing was the growth rate of the monsters. If you read it, you’ll know exactly what I’m talking about. I have quite a tolerance for suspending my disbelief, but come on!

On the other hand, good icky bug is hard to find and knowing what I was probably getting into, I take it all with a grain of salt. I had a great time and closed the book with a smile on my face and the inevitable “is this really the end???” hanging over me. Recommended.
Read more
Helpful
Report abuse
See all reviews

Richard Schwindt
4.0 out of 5 stars Bloodthirsty fish! Scientist! Mayhem on the beach!
Reviewed in Canada on December 1, 2016
Verified Purchase
Bloodthirsty fish(es)? Crazed scientist? Tropical beaches running with blood? You've got me right there. Dr. Mason Rayman is as nasty a protagonist as you can imagine. Though pretty much everyone you might actually like in the book is eaten at some point, Rick Chesler has done something interesting and made the main character unsympathetic and the secondary character only slightly less so. Chesler, a competent wordsmith tells us how Rayman accidently discovers the secret to creating gigantism is fish(es) on the day his funding runs out and he's turfed from his university post. Embittered, he decides to unleash steroidal Sawfish(es) on the world. Soon, swimmers, waterskiers and fisher-folk are fleeing (usually in vain) in terror. Rayman himself is pursued by University functionary Elisa Gonsalves who - far from trying to protect the public - tries to pump him for blackmail money. I am not sure about Chesler's choice of fish(es); I gather Sawfish are pretty inoffensive and endangered to boot, but this is a decent thriller for beach reading, best accompanied by gritty sushi and red wine.
Read more
Report abuse
See all reviews