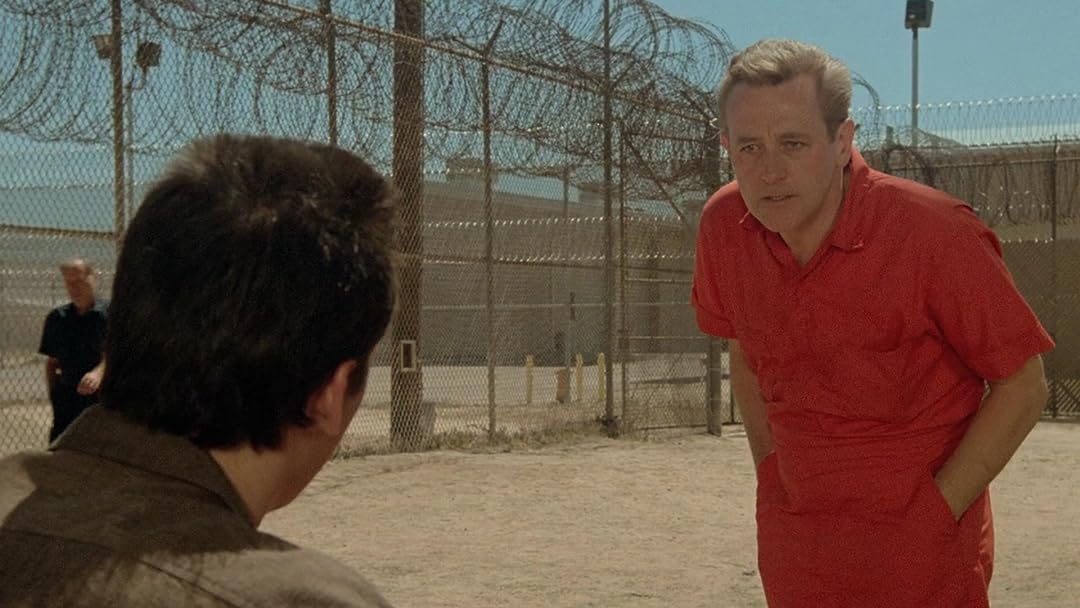 Included with Cinemax on Amazon for $9.99/month after trial

Watch with Cinemax
Start your 7-day free trial
Add to
Watchlist
By ordering or viewing, you agree to our Terms. Sold by Amazon.com Services LLC.
Write review

Karen McCabeReviewed in the United States on August 1, 2016
5.0 out of 5 stars
and he wants more than anything to date the beautiful and brilliant school valedictorian
Verified purchase
Lloyd Dobler (Cusack) is a quiet and earnest but extraordinary guy who thinks he's nothing special. He likes kickboxing and has a noble heart, and he wants more than anything to date the beautiful and brilliant school valedictorian, Diane Court (Skye). The summer after their graduation, she accedes to his niceness and persistence, and their relationship grows despite the misgivings of her overprotective father (Mahoney), who manages a nursing home. Besides the father's disapproval, Lloyd is facing a deadline: Diane has a scholarship to go to England at the end of the summer. This sweet and sincere 1989 film by writer-director Cameron Crowe has almost no shocking drama or real villain, but is effective and moving, like its hero.This is a story of normal people coping with real-world problems. Diane's relationship with her father is convincing, as are his motives for doing what he does, even though it's wrong. She loves him and wants to do right by him. That puts her in conflict with her devotion to Lloyd, an aimless young man who captures her heart. Her father is against the relationship because he views Lloyd as an obstacle to his daughter's success. Lloyd is one of the most honestly told and played characters I've seen, and one I can relate to as a man.
18 people found this helpful
Report abuse

Mrs.Reviewed in the United States on June 13, 2019
1.0 out of 5 stars
Horrible
Verified purchase
I’m not sure what the hype is about! Horrible movie! Promotes underage drinking and premarital sex! Makes everything seem glamorous! There is so many other terrible things about this movie besides the terrible storyline and acting, but not worth my breath
7 people found this helpful
Report abuse

G. MadisonReviewed in the United States on November 3, 2016
5.0 out of 5 stars
What A Great Teen Movie, Love John Cusack!!
Verified purchase
Love John Cusack, really loved him in this comedy "Say Anything" & also "Bullets Over Broadway." John is just a great actor so he is also great in dramas, really loved him in "Eight Men Out" & "1408" which is a drama/horror movie. Really good to see John in this movie with his sister Joan who is also a great actor. Also liked the two of them together as teens in the comedy "Sixteen Candles" and as young adults in "Gross Pointe Blank." "Say Anything" is a great teen comedy and it's without a lot of the teen shenanigans usually seen in teen movies, and John is really great in this role. Lili Taylor is also great in this movie as the dramatic, emotional, guitar-playing girlfriend who got dumped. This movie is funny but it also has some drama and a big twist with the daughter/father relationship. Really a great script with great actors to execute it. When I first saw this movie I knew I had to have it for my collection.
8 people found this helpful
Report abuse

joel wingReviewed in the United States on August 29, 2021
4.0 out of 5 stars
This is the movie where John Cusack holds up the radio for the girl he loves
Verified purchase
You know the scene where John Cusack holds up a boom box to play a song for the girl that he loves? Well, that’s Say Anything. Ione Skye is the love of John Cusack’s life she just doesn’t know it yet. That’s the dilemma in this coming of age story. How will Cusack win her heart?

Cusack is really young with a kinda Punk look to him and very adorable. Skye is the brainy one. They make a classic odd couple. It’s not just them however. Lili Taylor for instance writes songs about her ex-lover. Over 60 in fact. There’s touching moments. Some that will make you laugh. It definitely stands out amongst the many others in this genre.

Michael GriswoldReviewed in the United States on November 19, 2015
4.0 out of 5 stars
Avoiding the Stereotype
Verified purchase
Say Anything may be best known in some circles as “the boom box scene movie” but having watched the movie, I can now say that it says a lot more than that. I think Cameron Crowe really avoided the teen movie cliché of having the popular girl fall for the school nerd and/or vice versa. The two lead characters played by John Cusack and Lorne Skye seem like fairly average high school students, neither is super popular, but one seems to have more ambition than the other. The falling in love felt more real and organic than most teen movies of recent movies, which lend it sort of a classical charm and an eye opening look at the all-consuming power of love.

The one thing that didn’t quite work for me was the subplot of the father played by John Mahoney and his IRS troubles as he tries to keep his teenage daughter from throwing her life away. I’m virtually positive that it fits somewhere, I just didn’t connect the pieces together. It doesn’t take away from the sweet message that Say Anything has about the all-consuming power of love.

BodeaReviewed in the United States on June 28, 2013
5.0 out of 5 stars
A Must See!
Verified purchase
If you haven't watched this movie at least once in your life, you're not living it right! I've worn my dvd out and it never gets old. The 80's child in me just loves it and recognizes its perfection. The leads are a little ruff around the edges, acting wise, but it only adds to the chemistry between the characters. Cusack and Skye just suck you in and you can't turn away. The plot is simple, but relatable. It's not rocket science, but the characters circumstances are so familiar (even all these years later) and that makes the movie work. I love the music and love the way the scenes are played.

Lloyd Dober is such a simple character, but he has so much heart. That's the first thing you notice about him. He's fun and he does his own thing. He's confident, but still vulnerable in a lot of ways. This vulnerabilty is highlighted when he falls for Diane. He's genuine and he knows what his strengths and weaknesses are. Therefore, he knows that he and Diane are from two different worlds and those worlds don't exactly mesh. Still, he goes after what he wants. He's not afraid despite the challenges and I loved that.

Diane is smart, shy, and a planner. It took me a while to warm up to the character, but I did. It was interesting to see her fall for Dober because you could tell her plan was just to do something that she felt like doing without planning ahead, for once. It was nice to see it become more than that for her. I also enjoyed the story with her and her father. It was very calm, but punctuated.

I could go on and on about this move, but just purchase it. You won't be disappointed!

FrankReviewed in the United States on January 20, 2014
5.0 out of 5 stars
A Romcom with Wisdom
Verified purchase
I picked up this film while doing a review of romantic comedies. This is a somewhat unusual romcom, especially since it doesn't emphasize sexual excitement between the young lovers. This might have seemed strange to my 60s generation, and it is refreshingly strange to see a mature message in a romcom. Lloyd Dobler in this film, played by John Cusack, is well-liked and a "regular guy" and not a nerd - but he is the guy selected as the designated driver. He never does anything really wrong, and displays a strong character. While he seems to have mediocre career prospects - especially to his brilliant girlfriend's father - he actually has a character with leadership qualities and dependability that would bring him success without technical excellence. Without giving away the details, I especially liked a scene at the end when Dobler "pocketed an insult" (as Gandhi used to say) from his girlfriend's father. Thus, I consider this 1989 film to be morally and philosophically excellent - even though its technique is not brilliant, and it doesn't have the explosive chemistry more typical of a romcom. It's more like healthy wisdom!
6 people found this helpful
Report abuse

Roman85Reviewed in the United States on March 15, 2014
5.0 out of 5 stars
A classic love story
Verified purchase
I remember this one way back in 1989, but had not seen it since, after watching it again recently I have been asking myself why I didn't get it sooner, just like "The Sure Thing" John Cusack once again charms us & reminds us why he became a superstar, this is a film I think every guy can identify with, how many of us always wanted that popular girl in high school but felt she was out of our league?....that is the premise here where Cusack is smitten with popular girl Ione Skye who is simply beautiful to look at (what happened to her??!!), he takes a chance & ask her out & to his surprise she accepts, what follows is the trials & tribulations of the relationship, this story is nothing new, after all there was "Pretty in Pink" a few years earlier with the same premise only with a role reversal, however it is Cusack's charm & Ione Skye's innocence that make this one stand out above the rest, really like this one & can't believe I didn't get it sooner, highly recommend this one.
5 people found this helpful
Report abuse
See all reviews
Back to top
Get to Know Us
Make Money with Us
Amazon Payment Products
Let Us Help You
EnglishChoose a language for shopping. United StatesChoose a country/region for shopping.
© 1996-2021, Amazon.com, Inc. or its affiliates