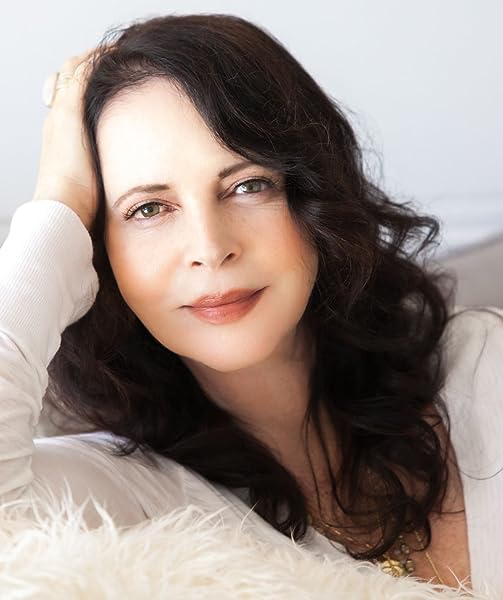 Says Who?: How One Simple Question Can Change the Way You Think Forever Paperback – January 19, 2016

“Ora Nadrich is a treasure. Her voice bears the passion of her own experience; she’s able to reach deep into our hearts because she’s culled so much wisdom from her own. When she speaks, I listen; when she writes, I read it; when she gives advice, I heed it. Her sparkle and power are not to be missed.” -- Marianne Williamson, spiritual teacher, best selling author, lecturer.

“Says Who? is a wonderfully articulated method of deep mindful inquiry integrating knowledge and practices from the fields of mindfulness, positive psychology and coaching. A wonderful guide taking one into both the power of the thinking mind, the nature of our thoughts, and how best to understand and then transform them. This book is an excellent exploration into self-healing, and a treasured toolbox of exercises to assist us in the process of self-transformation. This unique book will set your mind at-ease and bring forth profound tranquility of body, mind and spirit. A guide for all seekers, students of transformation, and most helpful for coaches, therapists and people helpers!” -- Ronald A. Alexander, Ph.D., executive director of the Open Mind Training Institute, author of Wise Mind Open Mind: Finding Purpose and Meaning in Times of Crisis, Loss and Change.

“Rooted in the liberating Buddhist principle, “What we believe, we become,” Ora’s wise and timely book presents a clear and simple method---a series of seven insightful and revealing questions---to not only identify self-limiting thoughts but to mindfully challenge and transform them into insight, passion, and freedom---the requisites that help us achieve our goals while living in peace and dignity in the process.” -- Alan Clements, author of "A Future To Believe In" and "The Voice of Hope: Conversations with Burma's Nobel Laureate, Aung San Suu Kyi."

Ora Nadrich, a popular Huffington Post writer, is a Los Angeles-based certified Life Coach and Mindful Meditation specialist. From a very early age Ora has been a seeker of knowledge, with a particular interest and talent in discovering how our thoughts work. Her lifelong journey towards this inner awareness, along with her distinctive combination of intuition and compassion, eventually led to her becoming a Life Coach and developing her simple yet effective "Says Who?" questioning method, designed to uncover the fears and obstacles that hold us back from realizing our desires and reaching our goals, which has been featured in Huff-Po's popular "GPS For the Soul" app and blog as well as several Huff-Po Live broadcasts.

A recent statistic claims we think anywhere between 10,000 to 60,000 thoughts per day. That’s quite a lot of thoughts!

But how well do we know our thoughts? You may think, "Of course I know my thoughts! I'm the one having them!" But just being aware that you're having thoughts is not the same as knowing them -- that is, their origin, how they affect you, whether they are reasonable and realistic, or even whether you can have power over them.

Have you ever considered questioning your thoughts, or do you just accept whatever comes into your head as normal thinking? Since we have so many thousands of thoughts per day, many of which are bound to be negative, do you know how you would even begin to question them or know which ones to challenge (or whether to challenge them)?

Most of us probably don’t think about questioning our thoughts. But, if even half of our thoughts we think each day are negative, it’s easy to see how letting those thoughts exist unchecked and unquestioned can make staying positive, productive and goal-oriented difficult.

The reason: a particular thought can pop up, and it gets our attention more than the others, especially if it's negative. That’s usually because we have some kind of energy or an emotion around it, and it just doesn’t seem to go away. Even if it recedes somewhere to the back of our mind, it will usually pop up again, sometimes when we least expect it, especially in times of stress, agitation or flux.

A thought that doesn’t go away is a thought that’s trying to tell you something more than just what’s on the surface. And if you don’t pay attention to it, it’s probably going to stick around and make sure that you do. That isn't a problem if it's a productive thought like reminding you to pay a bill, or call an elderly parent you haven’t spoken to recently, for instance, but if it's a recurring thought that's negative or causing anxiety for no apparent reason, that can be an issue.

So how can we know what a thought is trying to tell us if we don’t question it? The answer is, we can’t. The only way we can know what a thought is trying to convey is by questioning it, and that means finding out where it came from, what it’s doing there, and what purpose it serves for your well being. A positive thought is useful and productive, and makes you feel good about yourself. Recurring negative thoughts do nothing but make you feel bad and diminished in some way, and most often hold no purpose in serving your well-being. Yet many people will accept those kinds of thoughts as real and hold on to them, whether they are based in reality or not.

For instance, people suffering from anorexia steadfastly hold onto the thought that they are fat, even when they can see their skeletal frames in the mirror. While that is an extreme case, it is an example of how strong and pervasive a negative thought can take root in our minds, convincing us that they're real, even if the mirror says otherwise.

So how do you question a thought that makes you feel bad, and find out whether it’s based on what is real, or is instead an inaccurate or distorted perception because of an experience you’ve had in the past that was negative, and influenced your thinking as a result?