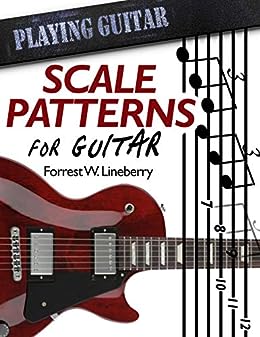 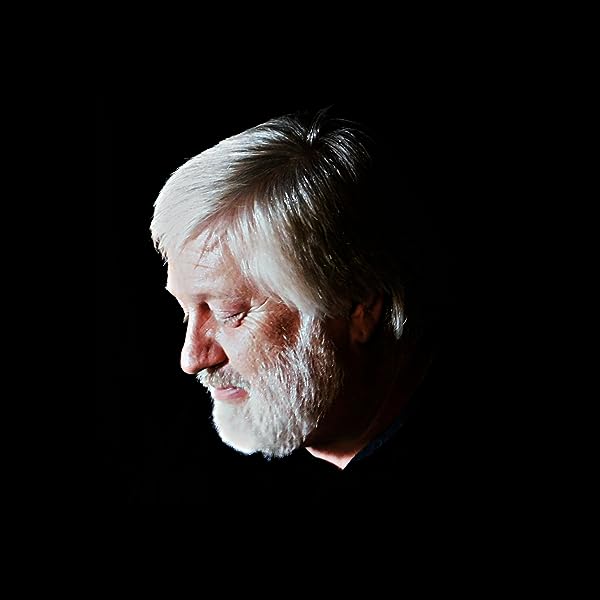 by Forrest W. Lineberry (Author) Format: Kindle Edition
See all formats and editions
Sorry, there was a problem loading this page. Try again.
Read more Read less
Previous page
Next page
Due to its large file size, this book may take longer to download

Amazon Customer
2.0 out of 5 stars Literally a book of 130+ patterns of a C major scale.
Reviewed in the United States on February 17, 2020
Verified Purchase
I thought I was getting a book loaded full of different modes and scale types to learn as a kind of reference. For example, if I wanted to remember a 3rd position for a E major pentatonic and compare it with a B pentatonic in the 1rst position I could look at a scale pattern for that. Or maybe I wanted to see an A minor scale all over the fretboard.

Its a C major scale starting on the 3rd fret 5th string or 8th fret 6th string. It's over 130 different ways to play the same notes. It's all in the same fret box. I understand I can just move the patterns up and down the scale to change the key. It looks like an algorithm came up with these patterns. *spoilers* Pattern 77 is a normal C major scale that's started on the 8 fret and then dropped down two frets for some reason.

I will concede that this is a great book for working on dexterity. It has some very unusual note combinations that are certainly challenging. For example, 10th fret from 5 to 4 strings using just the pinky in 16th notes. That transition is in the book often.

It feels like maybe these patterns were just adapted from a piano book. I don't know.

2 stars because this book could be a good tool if you really want to get down some dexterity on basic scale manipulation.
Read more
17 people found this helpful
Helpful
Report abuse

the fine reverend besotted
4.0 out of 5 stars Hate practicing scales? Here is the perfect book for you.
Reviewed in the United States on August 20, 2021
Verified Purchase
Content is five stars, book formatting is two stars, so four stars overall.

I have read other reviewers who expected something else from this book, so I will describe what it is "in a nutshell".

The book takes your standard MAJOR scales and breaks the notes into three to seven note patterns, which you then play up and down the scale. It is not a book written to help you learn new scales, but written to help you practice your basic scales and develop your ear for how the scale can be turned into melodies. I find it essential as a late beginner/very early intermediate level guitar player.

There are 134 patterns to practice. They appear to be evenly divided between the three scales positions noted above. To give you an example of what I tried to describe, I give more detail about Pattern 121.

That is one of the more elaborate patterns. For instance, Pattern 111 is just a four-note pattern using the C(5th/3rd) scale. That pattern is C,E,F,D (1,3,4,2). As before, the pattern is played ascending the scale on C, then E, then G, then B; descending on high C, then A, then F, then D.

The value of the book, which is great for me, is not in learning new scales BUT in practicing the basic scales to get them 'into your fingers'. Rather than tediously playing up and down a scale over and over, this book lets you play melodic patterns so practicing scales has a musical element to it. Not all patterns are interesting, but an occasional pattern will catch me and I will spend extra time on it and play it using the other two scales used in the book. Not only is the book good for practicing scales but it helps you see how scales translate into melodies and you just might find yourself creating little songs as you practice some of the patterns.

The book is extremely well produced. It pages are clearly laid out and the information professionally presented. HOWEVER, it is a 270 some page book with a glued binding. IT WILL NEVER STAY OPEN ON A MUSIC STAND.

This is my continual pet peeve. I often buy 40 year old copies of some classic guitar training books because often you can find the same book with a spiral binding from the 1970s, whereas it will be in standard binding in the "up-to-date" edition. For some reason, music publishers in the 1960s and 1970s cared more about customer service and so reasonably put spiral binding on books which were too large to stay open on a music stand in standard binding. Today, no music publisher does that. (Well, I suppose some do. But very few).

With that out of the way, I will say that I did not use this book for the first two months after buying it because it just kept falling off of the music stand because it is too big and the clip on my music stand was too weak to hold it in place. I even cracked the spine, something I hate to do with a book, hoping that would help but it did not. Finally, I broke down and took it to Kinko-type printer store nearby and paid $6 to have it put in a spiral binding. I have used it most days since then.

So, if you intend to buy it, and I do highly recommend doing so if you are still working on getting up to speed on standard MAJOR scales; you will likely have to pay to have it rebound or do it yourself, so keep that in mind when deciding.
Read more
3 people found this helpful
Helpful
Report abuse

Matthew
5.0 out of 5 stars What a book!
Reviewed in the United States on January 14, 2020
Verified Purchase
Soooo many scales to play. All ranges of difficulty. Explains what the scales are and how they work and sound with theory. I am thrilled with this book. Pretty sure I will be using many of these scales when creating music. I am thrilled with it.
Read more
6 people found this helpful
Helpful
Report abuse

chad r
5.0 out of 5 stars Good book
Reviewed in the United States on January 20, 2020
Verified Purchase
I'm always on the lookout for these pattern based guitar studies and this one is a pretty good one. I like that it's a large book , over 250 pages, with large enough print to be seen from a reasonable distance. I think it is definitely worth the purchase.
Read more
4 people found this helpful
Helpful
Report abuse

Robert K Broyles
5.0 out of 5 stars Very well written and put together book.
Reviewed in the United States on March 7, 2020
Verified Purchase
A well written book with tons of patterns to both learn, and to use to broaden your own playing. The download features are well worth more than the price of the book. If you master all this material, regardless of your experience, you will become a better all around musician on the guitar.
Read more
4 people found this helpful
Helpful
Report abuse

Eric E.
5.0 out of 5 stars Clearly written, gets you going onto new skills quickly.
Reviewed in the United States on March 16, 2020
Verified Purchase
This is my favorite, the most clearly written and helpful of all the guitar books I have read. I wish this book was available sooner. I highly reccomend it.
Read more
3 people found this helpful
Helpful
Report abuse

MCSGT0341
5.0 out of 5 stars Never too old to learn & never experienced enough to stop learning.
Reviewed in the United States on February 6, 2021
Verified Purchase
This book is more in-line with what I was looking for in-general. Great, interesting book for beginners & those who have been playing guitar since 1987 but haven’t had lessons or been around Music Theory since 1997 like myself!
Read more
One person found this helpful
Helpful
Report abuse

M. A. G. Nolan
5.0 out of 5 stars Musical gold dust!
Reviewed in the United Kingdom on October 4, 2020
Verified Purchase
I managed to get hold of the 136 melodic cells many years ago through the authors site. Then I renovated my home and everything went into storage and somewhere along the line I lost them. I went back to the site and it had gone. Now the author has released this book tailored for guitarists and I am more than happy to give him my money because I know that not only are the melodic cells great exercises for working through a scale backwards and forwards, but they are also great tools for improvisation. As I said in the title, this book is musical gold dust. Buy with confidence, but know your not getting scale patterns for a certain mode at the 8th fret, your getting melodic cells and what you do with them is up to you.
Read more
Report abuse
See all reviews