You've subscribed to Of Magic and Scales! We will preorder your items within 24 hours of when they become available. When new books are released, we'll charge your default payment method for the lowest price available during the pre-order period.
Update your device or payment method, cancel individual pre-orders or your subscription at
Your Memberships & Subscriptions
There was an error. We were unable to process your subscription due to an error. Please refresh and try again. 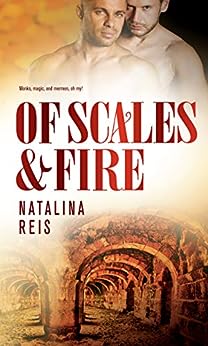 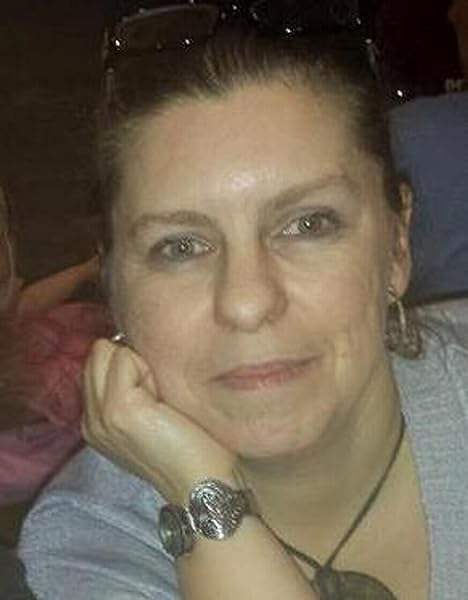 Of Scales & Fire (Of Magic and Scales Book 2) Kindle Edition 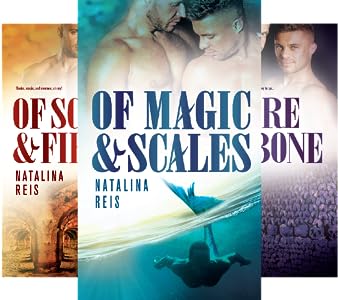 ★★★★★"A steamy blend of sweet and sexy! I absolutely loved the story." - Ashley Martinez, ilovebooksandstuffblog

Rosemary
5.0 out of 5 stars Love the author's imagination
Reviewed in the United States on April 13, 2021
Verified Purchase
Aiden and Nael were such a great couple and all of the supporting characters were fun and engaging as well. Loved the first one, but this one was even better. Aiden and Nael seemed to grow so much, as individuals and as a couple. The author is very imaginative and her scenes are riveting. Looking forward to the third.
Read more
Helpful
Report abuse

Books are love
VINE VOICE
4.0 out of 5 stars thoughts on of scales and fire
Reviewed in the United States on February 15, 2021
Received in exchange for a honest review. I will say the first book grabbed me more than the second. That isn’t to say I didn’t like it but the first one just had me more.

Here the story continues off where the first ended. Aiden and Nael are together and Aiden is still a bit uncomfortable with who he is. He is also in denial I think. He doesn’t really know who he is entirely just that he is magical and being magical is hard for him to swallow still. Nael is patient and understanding but also trying to get Aiden to see things from other perspectives.

I feel that Aiden didn’t grow the way I had hoped. He still acts silly and foolish in the relationship at times and towards others. I know that is his personality per se but I was hoping as his relationship progressed and he felt more safe in that relationship he would become more comfortable and less foolish in his reactions. I love his and Nael’s relationship and feel they are meant to be but at times it went childish and I think that was due to Aiden’s reactions to things. I think he still isn’t comfortable with everything and acts out to it in ways that you don’t expect.

The story was fascinating and a great way to bring in hints of what Aiden is. You see his loyalty to those he loves and considers friends and family shine through. Aiden is still a bit impatient when it comes to getting answers but as things are revealed, you see him calm more in the patience area but also get frustrated because of what he is learning. It is hard for him because he is hearing things that are difficult for him and puts others in danger. The reveal of his mom and dad wow just wow. I do wonder what powers will manifest now and how he will learn to use them more. I also love NAel and his support in the whole process as they learn about Aiden and his parents, who he is, why they are in danger and how they get closer as a result. I just love them together I think Nael is good for Aiden because he is helping him become more mature and Aiden is helping Nael to loosen up.

Is this a good sophomore story? Yes especially since this is geared to help us understand about Aiden and how he is magical and the dangers that arise for him because of heritage. Is the romance wonderful? Yes they grow closer and their relationship matures. We see them supportive towards one another and guiding one another. We see more sweet fun moments and also talks as the book goes on and they grow as individuals and a couple. We also see more trust from Aiden as he gets more trust in himself and accepts who he is. The story is interesting in that we have to dangers. One is to Nael and that story is fascinating. I love how Aiden is there for him and kicks some butt there. The other story is the one of who Aiden is and how that puts him and those around him in danger. How he must start to learn acceptance and forgive as well. How he comes to terms with being magical or starts to and now must deal with the surprise of who his parents are and how magical he really is. I love how Nael is there for him and so are his friends. I look forward to seeing where this story goes and how Nael and Aiden will conquer the danger side by side as their relationship grows and where they are heading will be great to see as well.
Read more
Helpful
Report abuse

Dixiecowgirl060
4.0 out of 5 stars Magic, humor and mystery create an interesting adventure.
Reviewed in the United States on February 15, 2021
Magic, humor and mystery create an interesting adventure.  This story picks up right where the first book leaves off and it is one very convoluted journey.  There is mystery about Aiden's parents and we do learn more.  The group of 'found family' grows and I really loved that.  The story-line of the first book continues and we find new powerful enemies to be worried about.  Lots of plot and great characters.

Aiden and Nael are just yummy together!   They are sweet and steamy and their banter continues to engage me.  I really enjoyed how their relationship continues to grow and get more meaningful and engaging.

This is book two of the Of Magic and Scales trilogy.  You will really want to read the first book in this series so that you have the necessary background to appreciate the characters and the plot.  This book does not end on a cliffhanger and it does give a HFN ending.  I am looking forward to reading the next and final book in the series.

Coffee♥︎
4.0 out of 5 stars Aiden & Naël return
Reviewed in the United States on February 14, 2021
Aiden and Naël return in this sequel to Of Magic & Scales, and for the most part it’s good to see them again. Aiden is still a bit immature, and while he’s learning more about his powers, he still has very strong (and often negative) feelings about “magicals”— which is awkward, because Naël is one. Naël is also as acerbic as ever, and while sometimes his grumpiness and Aiden’s snark spark some great banter, other times it’s a bit darker and more hurtful, and it would be nice to see them find a bit more romantic equilibrium so that they can deal with everything else in their lives, especially since everything is else is — a lot. Monks. Poachers. Assorted other weirdness. I think the premise of the universe the author created for this series gets better every time, and I love the mixture of mundane and magical, which we can see in more detail here than in the first book. There are still a few rough edges in terms of pacing and style, but overall, I’m more hooked than I’ve ever been on Aiden’s adventures.

*I received an ARC of this book and am voluntarily leaving a review.
Read more
Helpful
Report abuse

alias11
5.0 out of 5 stars So much better than the first book
Reviewed in the United States on February 14, 2021
I loved this book! It was so much better then the first one, especially regarding Nael. There is still a lot of fun banter between many of the characters (Aiden is just that kind of snipey character where magicals are concerned). The relationship between Aiden and Nael feels so much stronger and true, Aiden is coming to accept his own nature, and even starting to think that not all magicals are bad (maybe). There are new challenges and enemies, secrets are revealed, some answers are found, those dear to Aiden are threatened, and a friend is seriously injured. Who (or what) is Aiden? Who is trying to kill him, why, and how can he stop them? Can he protect his lover and his friends? Many questions, some answers, and more to come. I can't wait to see the next book.

I received an ARC and this is my voluntary review.
Read more
Helpful
Report abuse
See all reviews
Back to top
Get to Know Us
Make Money with Us
Amazon Payment Products
Let Us Help You
EnglishChoose a language for shopping. United StatesChoose a country/region for shopping.
© 1996-2021, Amazon.com, Inc. or its affiliates