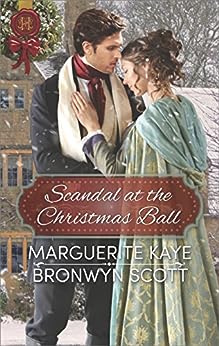 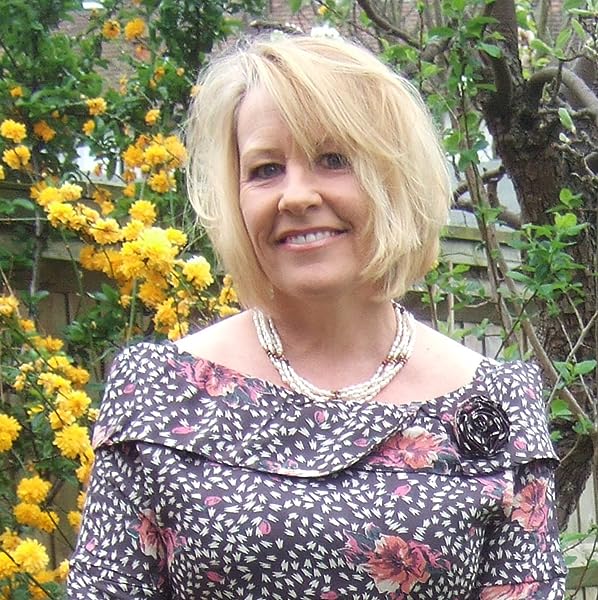 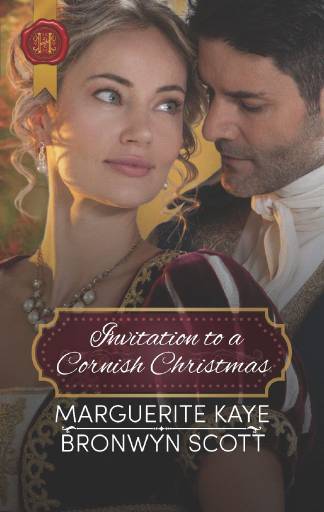 Marguerite Kaye writes hot historical romances from her home in cold and usually rainy Scotland. Featuring Regency Rakes, Highlanders and Sheikhs, she has published almost fifty books and novellas. When she’s not writing she enjoys walking, cycling (but only on the level), gardening (but only what she can eat) and cooking. She also likes to knit and occasionally drink martinis (though not at the same time). Find out more on her website: www.margueritekaye.com --This text refers to an alternate kindle_edition edition.

She who shall remain nameless
TOP 1000 REVIEWER
3.0 out of 5 stars Good first story
Reviewed in the United States on December 1, 2018
Verified Purchase
The first story was a 3.5 star read overall. The characters were likable and their troubles relatable. Nice read. The characters of the second story made me disinclined to read it. I am not a fan of scandalous heroines.
Read more
One person found this helpful
Helpful
Report abuse

Cecilia Rodriguez
4.0 out of 5 stars Regency Christmas romance
Reviewed in the United States on December 5, 2017
Verified Purchase
Two Regency Era Romances set during the Christmas holidays.
Of the two, Dancing with the Duke's Heir has more steam.
The story has some similarity to Shakespeare's: "Taming of the Shrew," but manages to keep the couple from coming
to actual blows.
Read more
Helpful
Report abuse

Cinzia Labo' (Hush, One More Chapter)
5.0 out of 5 stars Amazing Regency anthology
Reviewed in the United States on January 23, 2018
I love the atmosphere I found reading Regency and Historical romance books, especially when they are set during the holiday seasons, this kind of novels is a bit my way to celebrate Christmas, to relax, getting lost in the pages of these wonderful stories, daydreaming.
"Scandal at The Christmas Ball" was the perfect choice.
It ‘s an anthology with two different stories written by two authors, Marguerite Kaye and Bronwyn Scott, who had previously collaborated also in "Scandal at The Midsummer Ball".
Even these new stories have a similar atmosphere to the previous one: the protagonists are guests of the Duke and of the Duchess of Brockmore, a wonderful couple who during the Christmas season loves to host an amazing ball and everyone want to attend this event. I love this couple, the love they share for each other end their bpnd and their complicity, they are also the thread of union between these anthologies. Their greatest desire is to give others the opportunity to find "that" special person who can change their lives. They are always very selective in their invitations, they love to create a "game of couples", based on their intuitions, trying to give life to the chance to start a new love story between their guests.
Marguerite Kaye and Bronwyn Scott have different ways of writing, building and characterizing the protagonists of their stories, but together they manage to create the right balance in the novel.
The first story is "A Governess for Christmas" by Marguerite Kaye, in which we meet Joanna Forsythe, a governess who was previously involved in a scandal that took away her chances of finding new accommodation and Drummond Macintosh, a soldier who was forced to abandon his career. Attending the ball could be their last opportunity to start anew, putting everything behind. But once again they must face a difficult choice: the feelings and attraction they feel for each other could put at risk their ability to get accepted again in the circles of the people that matter. Joanna and Drummond’s connection is strong, a mutual understanding because of their mistakes of the past and the things they have suffered. They care for each other and they can’t deny the attraction they feel.
Although it’s a short story, Drummond and Joanna’s characters are intense, engaging while they are facing doubts and uncertainties, which arise from the conflicts between reason and heart. I loved them-

The second story "The Duke's Heir" by Bronwyn Scott is very nice to read, with two protagonists who are exactly the opposite of each other. Vale, heir of the Duke,is reserved, sober, rational while Viola, a young noblewoman is restless and rebel. in order to conquer her freedom, freeing herself from the plans of her parents to marry Viola with the best catch, she adopts a scandalous conduct for the High Society.
Vale and Viola are the opposites that attract each other, and only a strong, brilliant and indomitable personality like Viola can get under Vale’s armor. She makes him mad, she pushes him, challenges him, bringing to the surface all the emotions and reactions he has always tried to keep in check. And he’s so full of passion and bossy…

As I said these two authors have different ways of writing their stories, but I love both of them and if you like reading this genre of novels I recommend “Scandal at the Christmas Ball”.
Read more
Helpful
Report abuse

Connie Fischer
4.0 out of 5 stars Clever, Sweet Christmas Romances
Reviewed in the United States on December 1, 2017
“Scandal at the Christmas Ball” - “A Governess for Christmas” by Marguerite Kaye and “Dancing with the Duke’s Heir” by Bronwyn Scott

“A Governess for Christmas”

Drummond MacIntosh has been invited to the home of the Duke and Duchess of Brockmore for a house party. Drummond had been ousted from society some years after being accused of a serious charge. Even his illustrious military career had been ignored. So, now it is the Duke of Wellington who got him the invitation to the party. Now, Wellington may be needing his help with a special assignment. If Drummond succeeds in impressing his hosts, he will be given a second chance.

Drummond meets Mr. Edward Throckmorton who tells him who the different guests are. He confides in Drummond that he is the illegitimate son of the Duke of Brockmore and that he is hoping for a career in politics.

In search of a few moments of solitude, Drummond slips into an empty and quiet room only to find it already occupied by Miss Joanna Forsythe who, like Drummond, is also seeking solitude. It appears that Joanna had caused some trouble in the past and is there to show that she has atoned for it. She is a teacher at a school for girls.

As the days of the party pass, Joanna and Drummond get to know one another, sharing confidences and acknowledging their mutual attraction. But as both are on different paths in life, how can they ever be together?

This is a great story that shows the lengths people will go to make up for wrongs they have done in the past. I liked the characters but I can honestly say that now I am convinced that the Duke of Wellington is NOT a hero. Shame on him.

“Dancing with the Duke’s Heir”

Vale Penrith and his widowed mother, Margot Penrith, have just arrived at Brockmore. Both are in mourning for Margot’s husband and her son. Vale’s aunt and uncle are the Duke and Duchess of Brockmore and they are hosting a large house party. Vale is the heir to the Duke. Vale’s interest is anthropology and he prefers enmeshing himself in his books instead of mingling in society. However, he is at the party and must participate.

Lady Viola Hawthorne, 21, and the daughter of the Duke of Calton, is also at the party and proving herself yet again to be a rather brazen daredevil as she helps with the decorations. A feisty young woman, she allows herself to fall off a ladder into the arms of Vale who proceeds to berate her for being so foolish. Her parents want her to marry but she wants to be free to do what she wants in life. She does not want to be paired off with anyone so she just acts even more scandalous. She also thinks that Vale is just too perfect with no personality.

At dinner, Vale and Viola are seated next to one another sniping away which leaves her furious. Her friend, Anne, confides that the Duke is trying to match her up with Vale, but she is just not interested in him. So, she asks Viola to distract him. She agrees hoping to use this as a way to get away from this husband-hunting house party and on to what she wants to do.

I did not care for Viola at all and didn’t find any redeeming features in her. Vale is a bit of a cold fish. However, I’m sure that other readers will enjoy the story more than I did and will be rooting for them to become a couple.

I voluntarily reviewed an Advanced Reader Copy of this book.
Read more
One person found this helpful
Helpful
Report abuse

Clare O'Beara
5.0 out of 5 stars Scandal at the Christmas ball
Reviewed in the United States on February 16, 2019
Two very different couples meet at a house party some time after Waterloo. A gruff ex-military man meets a governess who was wrongly accused of theft and while they don't think they would be considered right for each other, nobody else present would be suitable either. A young heiress meets a young man who has a bad name but she doesn't intend marrying anyway so can flirt outrageously. I preferred the first tale but they are a good contrast.
The gaiety of the setting over a few days - snow, ice skating, decorating with green boughs and feasting - make this a merry party. Well researched and interesting. This is an adult romance.

I downloaded a copy through Net Galley and Fresh Fiction. This is an unbiased review.
Read more
Helpful
Report abuse
See all reviews