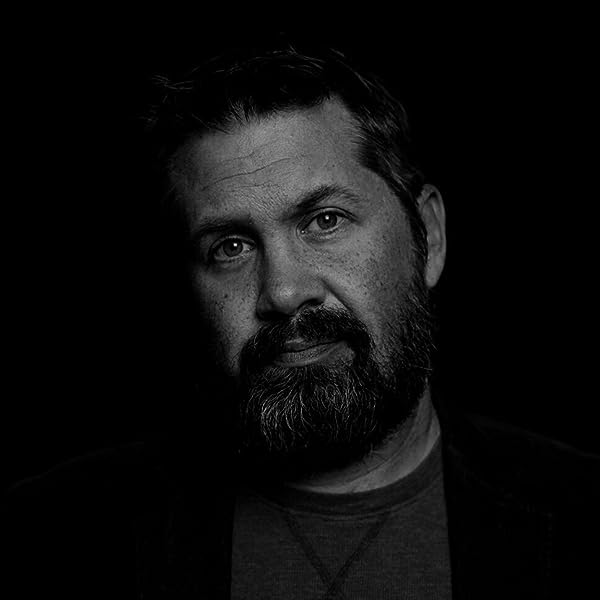 by Scott Keen (Author)
4.6 out of 5 stars 36 ratings
Book 1 of 3: Scar of the Downers
See all formats and editions
Sorry, there was a problem loading this page. Try again.
Branded on the slaves in the Northern Reaches beyond Ungstah, the scar marks each one as a Downer. It is who they are. There is no escaping this world. Still, strange things are stirring.
Two foreigners ride through the Northern Reaches on a secret mission. An unknown cloaked figure wanders the streets of the dark city of Ungstah. What they want no one can be sure, but it all centers around a Downer named Crik.

Crik, too scared to seek freedom, spends his days working in his master's store, avoiding the spirit-eating Ash Kings while scavenging food for himself and his best friend, Jak. Until he steals from the wrong person. When Jak is sold to satisfy the debt, Crik burns down his master's house and is sentenced to death.

To survive, Crik and his friends must leave behind their life of slavery to do what no other Downer has ever done before--escape from the city of Ungstah.
Read more
Previous page
Next page

Scott Keen grew up in Black River, NY, the youngest of three children. While in law school, he realized he didn't want to be a lawyer. So he did the practical thing--he became a writer. Now, many years later with an MFA in script and screenwriting, he is married with four daughters, two of whom he homeschools.

Scott is the author of 5 books. Scar of the Downers was the first one he ever wrote. The story began taking shape while he was still in graduate school studying script and screenwriting for his MFA degree. Originally, the story was called Child of the Downers and it included the other two books in the series, Rise of the Branded and War of the Downer King, as one complete novel. Since the story continued to expand as he wrote, he made the decision to have them published as three separate books. Scar of the Downers was originally released in 2015 by WiDŌ Publishing. After the series was complete, he published his next novel, The Society of the Watchers, followed by his most recent one, The Water Rose, which he released on Kindle Vella in 2021. Currently, he is married, with five daughters, and lives in Virginia Beach.

J. Briggs
5.0 out of 5 stars Action-Packed and Adventure-Filled!
Reviewed in the United States 🇺🇸 on May 13, 2015
Verified Purchase
I am a School Librarian. That being said, I love reading books! I often read books geared towards middle and high school students because I need to write book talks, read with my book club, or simply promote what’s on the shelf.

While sometimes I need to read a book as it fulfills the duties of my job….Scar of the Downers was a book that I personally had so much fun reading. I was entertained from the first page to the last and am held in suspense as I wait for ( hopefully) another book in the series to arrive ! The descriptions in the book were extremely vivid, the characters were very interesting, and the plot was so thrilling, that the story line actually crept into my dreams and also had me thinking about the adventures of Crik and Jak throughout my day.

I would definitely recommend this book to my students and anyone else who wants a good adventure story that is brimming with hope and courage. I guarantee you will cheer for the underdogs throughout the twists and turns and like me….your heart will pound a little bit when you have reached the last page!

Michael Stumhofer
5.0 out of 5 stars An exciting, epic fantasy novel
Reviewed in the United States 🇺🇸 on April 28, 2015
Verified Purchase
As an avid reader of the fantasy genre, I am always looking for new authors to try. Right at the beginning, the book grabs you with a bit of a twist you don't see coming. There are the usual fantasy tropes represented here (an oppressed group, the unlikely hero) but the author does a nice job of developing the characters and the world as you move through the book. If you've read a lot of fantasy, you will see the author's influencers (Tolkien especially) but this is far from a derivative work. It's definitely a YA novel, but I would say it's more in the PG-13 area, and there are some dark portions that might be a bit intense for younger kids. Worth a read but be warned: it's not as long as a lot of the epic fantasy out there and you will find yourself at the end quickly!
Read more
One person found this helpful
Helpful
Report abuse

Deborah Lim
5.0 out of 5 stars An enjoyable read
Reviewed in the United States 🇺🇸 on September 1, 2015
Verified Purchase
In my opinion, this book contained a medieval fantasy/alternate universe quest-style plot reminiscent of Avi and Stephen Lawhead, with a shade of Tolkien. It was an enjoyable middle to high school read, although there were several scenes that might not be as appropriate for children of middle school age. The themes of the beggar-hero, disguised supernatural being, and renegade community are very well developed and capture the reader's interest. I could see this first book in the series being translated quite well on the silver screen.
Read more
2 people found this helpful
Helpful
Report abuse

T Lee
5.0 out of 5 stars A unique world
Reviewed in the United States 🇺🇸 on November 30, 2015
Verified Purchase
Scott has built a wonderful yet scary world, while still placing hope in our hearts. I was reading it at first when I'd get the chance, but then it pulled me in and I could not put it down and before I knew it there were no more pages. If there is a sequel, I will happily read it too.
Read more
2 people found this helpful
Helpful
Report abuse

Rebecca Hall
5.0 out of 5 stars I'm warning you....this is too good to put down!
Reviewed in the United States 🇺🇸 on April 22, 2015
Verified Purchase
This is one of those books that I couldn't stop once I started! I sent copies to my dad, uncle, and my nephews to read- which I never do. Some books are just that good. I am looking forward to the next book by Mr. Keen!
Read more
One person found this helpful
Helpful
Report abuse

bookgirl
5.0 out of 5 stars This book will keep you up
Reviewed in the United States 🇺🇸 on April 12, 2018
Verified Purchase
An epic tale of freedom seeking slaves in a land of magical history. I’m eager to read the next installment
Read more
Helpful
Report abuse

Julie Call
5.0 out of 5 stars Ready for Book Two
Reviewed in the United States 🇺🇸 on August 2, 2015
Verified Purchase
I love this book. It flows smoothly with none of the confusion you would expect from a "middle earth" novel. It's exciting from start to finish. Can't wait for book two.
Read more
Helpful
Report abuse

Kim Tierney
2.0 out of 5 stars Too much
Reviewed in the United States 🇺🇸 on November 11, 2015
Verified Purchase
I think there is too much going on in this book. Too many characters being introduced at random times that don't really fit the story, many talked about in passing after an introduction worthy of a big character. Honestly, if I hadn't promised a friend that I would read the book, I would have put it down in the second chapter.
Read more
2 people found this helpful
Helpful
Report abuse
See all reviews