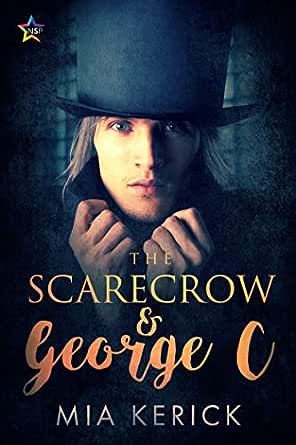 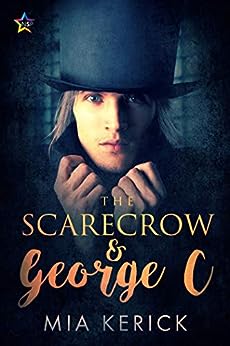 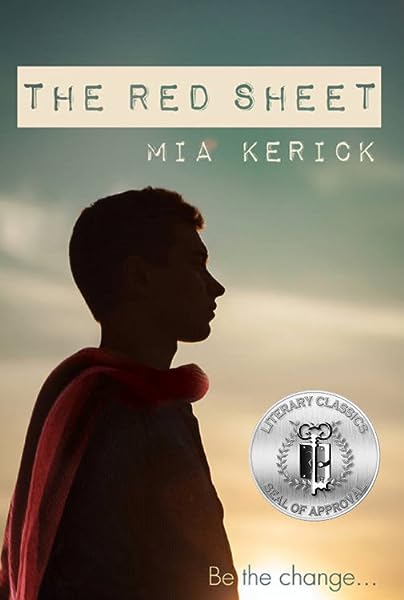 The Eclectic Review
5.0 out of 5 stars I couldn't put this book down!
Reviewed in the United States on June 17, 2019
"The cover drew me to this fantastic book which I now see so masterfully captures Van's sad and fearful eyes. Then from page 1, I was sucked into the story with no turning back."

I just don’t understand why he can’t see how frightening I am. You can see it, can’t you? ...I’m a damned cold human being, at home, at school, and here at my part-time job.

Donovan Liss (Van) is a character you will never forget. He thinks his loneliness is disguised through his scarecrow fashion, his dark persona and sarcastic and catty comments at his co-workers and his family, but that fry cook, George C., seems to see through Van's facade.

I’m a gay, homeless adult teenager. I have no family to speak of. I have a low-level fry cook job only because Nikki took pity on me when she found me sleeping on the bench on the sidewalk in front of her apartment building.

But let's not forget the unforgettable George C. Another lonely young man running from his past believing no one will forgive him or love him for what he's done. Van has given him a place to stay, but George C. can't keep his secret forever.

How can I express how much I LOVE this book?  It's a wonderful love story between two lost souls who give each other peace and understanding. It's also about finding friendship in the most unexpected places and forgiving those who have wronged us.

I couldn't put this book down! Mia Kerick is an in-your-face writer who has her characters interact with the reader so one experiences the emotions and environment directly. Enough said. I'm her newest fan, and I'm adding another favorite book to my 2019 review list!

I want to say kudos to Ms. Kerick for donating her book proceeds to True Colors United. A great way to donate to a good cause as well as celebrate LGBTQ Pride Month!  Her award-winning books speak for themselves.

Thank you to the author, NineStar Press, and Xpresso Book Tours for giving me the opportunity to review this book with no expectations of a positive review given.
Read more
3 people found this helpful
Helpful
Comment Report abuse

Christina Wade
3.0 out of 5 stars More miss than hit for me.
Reviewed in the United States on June 29, 2019
Man, I really wanted to like this book, but it fell short for me. It took me longer to read than it should have which is always a big indicator of how much I like a book. I think I’m just going to state the things I liked and disliked about the book and leave it at that.

What I liked:
• The premise of the story.
• The way Donovan and George flourished with each other. Their bumbling romance is sweet while they navigate finally finding someone who truly cares.
• The Literary staff kids.
• Walter, eventually.
• Nikki.
• Carol.

What I didn’t:
• The characters talking to the reader.
• This is minor but combined with the silly narrative of the characters talking to the reader it pushed me over. The characters named Monty and Carlo. Who are a couple. I couldn’t get past the names which is bothersome because they are great characters.
• Donovan’s mom. I don’t even understand this part of the story. Her complete, inexplicable about face and she was nasty even after her attempt to mend the fence.
• Nothing is more frustrating to me than a poorly paced, long story with angst near the end that is abruptly, conveniently and perfectly resolved, as is the case with this book.

I continue to find the books by this author are big hits or big misses for me.
Read more
One person found this helpful
Helpful
Comment Report abuse

ROROBLUSMUM - no retreat, no surrender
5.0 out of 5 stars So glad I asked for this. I didn't know what to expect and ended up delaying bedtime to read this.
Reviewed in the United States on June 3, 2019
This is one of those rare-ish tales that is more than the blurb. It's also hard to review without Spoilering it, but I'll try.

We have Van, or as he thinks of himself, the Scarecrow. He is about 17yo/a student/a loner/a neglected child for more years than is comprehensible to me as a mother/ has several defense mechanisms, including his dress sense, the way he portrays himself, his make-up, his wit, his refusal to lie and to say it as it is, and his sharp tongue. But, he's not a nasty person, not that you'd guess that, because most people don't see beyond, or want to or care to, look beyond his facade.

And we have George C, who's about a year older/possibly of vague Hispanic descent/someone who does actually want and cares to look beyond Van's facade/also a loner, but because of his past that could endanger people he cares about/has a past that he hates, but which was kind of inevitable seeing what his parents did, and currently works as a cook at the diner where Van is a server after school.

George C, through patience and, I suspect, insight because of his own past, manages to see Van through his armour and slowly helps Van shed the fears, the monsters, the weights he's been carrying since he was about 10yo, and they become friends and each other's protector, the latter in different ways.

This is a very 'almost incomprehensible to a Brit mother, but moving, sad and also uplifting' tale, because once George breaks down Van's barriers, Van discovers people that he'd been holding off because of his fears of... monsters. I can't tell you what kind of monsters, but thankfully the monster didn't cross one line. The monster crossed several, though, and someone who should have been there for Van, who should have believed him, didn't believe him, but, as the tale ended, that someone was starting to make amends. I appreciated so much Van's attitude to that person, that that person had to earn back Van's trust and maybe could one day, a long way off, earn back his love, and I'm glad that the author kept it Van-real, rather than descending into shades of a Bollywood movie, as too often happens in tales where there's a reunion.

As I said, it's a tale that's hard to review as it's not mundane, despite my cannot-to-the-book-justice review, and it's not a faux-angst YA book. This has real angst, different angst for Van and George, and it's told from both their perspectives, in 5 parts. I am so glad that I read it. And, I'd like to revisit the guys to see how life pans out for them, as when I left them, they were in a realistic but good place. One where they had plans, were saving up and working towards those plans, and I could see them as a young, but forever-couple.