Schifflebein's Folly and millions of other books are available for Amazon Kindle. Learn more
Share <Embed> 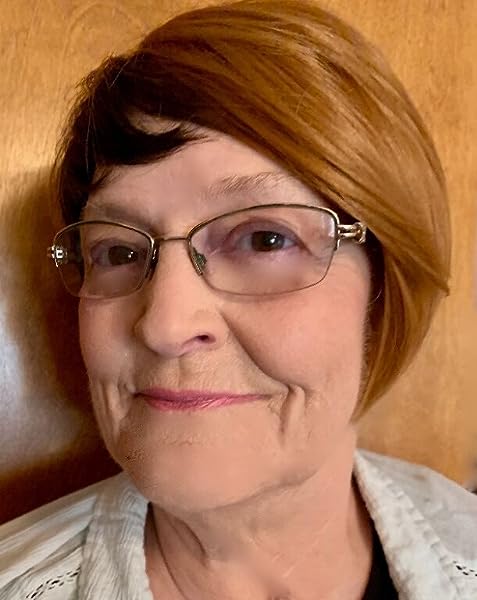 by Iris Chacon (Author)
4.7 out of 5 stars 41 ratings
See all formats and editions
Sorry, there was a problem loading this page. Try again.

A hunky carpenter wants to adopt six children, but first he must convince authorities that he is not crazy. He isn't. His teapot really IS talking to him.

Despite his many positive attributes, Lloyd has reached the age of 32 years, seven months, four days, and six hours without finding Miss Right and converting her into Mrs. Lloyd Schifflebein. Yes, Schifflebein. A surname decidedly lacking romance in addition to being difficult to spell and way too long a signature for checks and the backs of credit cards.

Supposing Miss Right is found and is willing to overlook the awkward appellation, there is one other impediment to wedded bliss. Lloyd devotes his whole life to his children. Children he doesn’t yet actually have, but he is working on it. He has been filing adoption applications all his adult life. This devotion to his as-yet-unadopted children leads many people to deduce that Lloyd Schifflebein is crazy. Big and strong, sure. Cute, maybe, but loony nonetheless.

When Lloyd convinces the Social Worker From Hell that he really is good father-material, things are looking up. Soon Lloyd is the happy father of six, count ‘em, six special needs children and their six pet bunny rabbits. The Schifflebein household is a regular day at the circus. And they’ll be a forever family, provided they can get through a probationary period with surprise inspections at any time.

Then things begin to go wrong.

First, the Teapot arrives. The talking Teapot. The one that Lloyd is certain will get him labeled “insane” and remove all chance of finalizing the children’s adoptions.

Simultaneously, Miss Right arrives and sweeps the entire Schifflebein family off their multiple feet – then reveals she is engaged to someone else.

At the same time, dishonest political schemers threaten Lloyd’s new home business, and the same people contrive several false legal complaints against him - and the State takes away his children.

Lloyd will get his day in court. On that one day, he must fight to keep his children save his business, and prevent Miss Right from marrying the wrong guy!

Lloyd will definitely need supernatural help – even if it comes in the form of a snarky, talking Teapot.

"A Killer's Mind" by Mike Omer
The New York Times and Washington Post bestselling serial-killer thriller that will leave you wondering, is the past really in the past? | Learn more

Iris Chacon is the pen name of a writer who can trace her family back to the days of Spanish Florida, when an ancestor was imprisoned briefly in the Castillo de San Marcos of St. Augustine. Iris has a B.A. in Mass Communications from Trinity International University. She has written video documentaries, stage plays, teleplays and screenplays, and has worked as a writer/producer and voiceover artist for a Miami FM radio station. For years Iris has been a part-time freelancer. She also has been a full-time teacher of mass media, English, creative writing, literature, and more for middle school through college students. Iris often edits manuscripts for other authors.
Start reading Schifflebein's Folly on your Kindle in under a minute.

I'm all about good, clean, fun in the Florida sun, so I write feel-good romantic mysteries short enough to be read in one afternoon beside the pool or at the beach. Some people even read them in a hammock in the back yard. Readers love the humor and the quirky characters in every one of my novels.

In FINDING MIRANDA, a blind deejay has no trouble at all keeping track of a librarian who seems invisible to everyone - except would-be killers. Winner, 2017 LibraryJournal Indie Ebook Awards--Mystery.

In SYLVIE'S COWBOY, a rancher inherits the spoiled daughter of a former business partner. They must resolve their Odd Couple issues to deal with her father's murderer.

MUDSILLS &amp; MOONCUSSERS is the tale of a Civil War Yankee spy in Key West, literally the Southernmost town in America. Too bad his new lady friend may be a spy for the other side.

SCHIFFLEBEIN'S FOLLY is what people call likable Lloyd Schifflebein's adopting six special-needs children, and then looking for a wife. House rabbits, dishonest politicians, and talking crockery complicate his life until he gets supernatural help to fix his bizarre household.

In DUBY'S DOCTOR, murderous arms dealers try to kill a a former undercover agent and the spinster lady doctor who knows him only as a recovering John Doe patient. John and his doctor know nothing of his life before recent injuries wiped out his memory.

LOU'S TATTOOS is indeed &quot;A Comedy of Errors.&quot; Tattoo artist, Lourdes O'Malley, has motorcycle-gang friends who mistake her boyfriend for a hit man out to kill her. Mistaken identities and silly mix-ups turn this romantic adventure into &quot;Romeo &amp; Juliet meet The Three Stooges.&quot;

I love writing novels and stories, and I've also written for radio, stage, and screen. Some of my many hats include musician, teacher, and librarian. I currently have no tattoos and donot own a motorcycle.

4.7 out of 5 stars
4.7 out of 5
41 global ratings
How are ratings calculated?
To calculate the overall star rating and percentage breakdown by star, we don’t use a simple average. Instead, our system considers things like how recent a review is and if the reviewer bought the item on Amazon. It also analyzes reviews to verify trustworthiness.
Top reviews

NG
5.0 out of 5 stars Humorous, heart-touching story.
Reviewed in the United States on September 22, 2019
Verified Purchase
Oh goodness, what a sweet story!

This was one of the cutest, funniest, heart-warming story I have ever read. The author’s easiness to write humorous lines is amazing, but I have to admit that the story brought also tears to my eyes at times. Despite the paranormal touch of the teapot talking and cooking tea by itself, I would love to see that Lloyd exists in real life. His past made him determined to adopt and take care of six young-children. He prepared all his adult life for this and despite the fact that people had him for being crazy, he never gave up. Were all his wishes fulfilled? I invite you to find out for yourself.
For me it was definitely a gripping read that I would love to see turned into a movie one day. Well done!

Quote: “Lloyd had a philosophy: If it ain’t broke, don’t fix it. If it ain’t on clearance (defined as at least 70 percent off), don’t buy it. If it’s less than 50 years old, it’s too good to get rid of. If it’s more than 50 years old, it’s an antique and therefore too valuable to get rid of. It was a blessing that Lloyd had never married because his philosophy probably would have driven some poor female to commit murder sooner or later….Despite his positive attributes, however, Lloyd had reached the age of thirty-two years, seven months, four days, and six hours without finding Miss Right”
Read more
3 people found this helpful
Helpful
Report abuse

Gigigirl
5.0 out of 5 stars Loved this book.
Reviewed in the United States on February 27, 2021
Verified Purchase
I really enjoyed this story . This is the first time I've read anything by this author but it won't be my last. I loved Lloyd, his quirkiness, his determination, the way he loved these children from the second he met each one. He put himself on their level right from the start. His love for them was awesome and his understanding of each ones disability amazing. And he didn't make them feel different in any way. And Charley was so kind and encouraging. Lloyd persevered in spite of all the many obstacles thrown his way.
Read more
Helpful
Report abuse

Scribbles
5.0 out of 5 stars Can I give it more stars
Reviewed in the United States on April 27, 2019
Verified Purchase
What a feel good book! Charming story with no bad language or sex for the sake of sales. Nice theological message that comes across with love and warmth rather than being preachy. I can't recommend this highly enough. I hope they make a movie so I can buy it for all my kids who don't have time to read!
Read more
4 people found this helpful
Helpful
Report abuse

Kindle Customer
5.0 out of 5 stars Schifflebein's Folly
Reviewed in the United States on July 13, 2019
Verified Purchase
This was a wonderful book. The characters were so lovable. I want one of those
teapots too. The story was funny and
heartbreaking. I would count myself very blessed if I had friends like these. Thank you for writing this book. I want to read more about Lloyd and his family and friends.
Read more
2 people found this helpful
Helpful
Report abuse

Amber
5.0 out of 5 stars Highly enjoyable!
Reviewed in the United States on August 7, 2021
Verified Purchase
Ah, to have a heart like Lloyd's!
This is an engaging book that, if you need to put it down, you'll want to pick back up again.
For me, they were two or three laugh out loud moments.
Good book!
Read more
Helpful
Report abuse

Kindle Customer
5.0 out of 5 stars What a delightful book!
Reviewed in the United States on October 16, 2019
Verified Purchase
This story is wonderful! You have to believe to appreciate it. I do and I did, read it, that is, straight through! The book has excellent rhythm and will just carry you all the way to the end. Enjoy!
Read more
One person found this helpful
Helpful
Report abuse

Connie
5.0 out of 5 stars I’m in love with Lloyd Schifflebein
Reviewed in the United States on November 13, 2019
Verified Purchase
This book was absolutely delightful! Every character, including the teapot and the bunnies were were intriguing. But far and away, Lloyd was the most endearing and heartwarming character I’ve read in a long time. This was my first book by Iris Chacon but it won’t be the last. I highly recommend.
Read more
One person found this helpful
Helpful
Report abuse

Sue
5.0 out of 5 stars Must Read!
Reviewed in the United States on October 20, 2019
Verified Purchase
This is the cutest little story I have ever read. Loved it!
Read more
One person found this helpful
Helpful
Report abuse
See all reviews

Lizh
5.0 out of 5 stars Great book
Reviewed in Australia on April 7, 2020
Verified Purchase
I really enjoyed this book. Really nice story and I’m in awe of his patience. I certainly wish I could have the patience he showed. All in all a very nice read
Read more
Report abuse
See all reviews
Back to top
Get to Know Us
Make Money with Us
Amazon Payment Products
Let Us Help You
EnglishChoose a language for shopping. United StatesChoose a country/region for shopping.
© 1996-2022, Amazon.com, Inc. or its affiliates