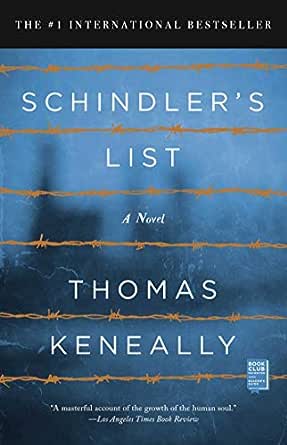 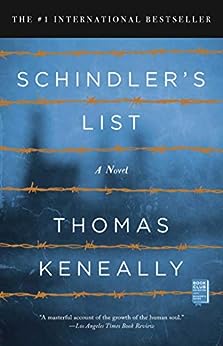 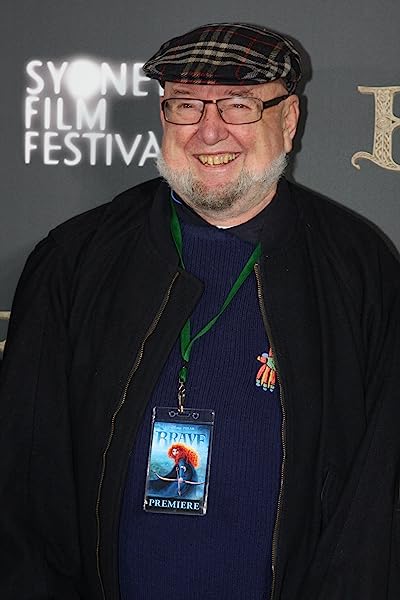 Thomas Keneally began his writing career in 1964 and has published thirty-three novels since, most recently Crimes of the Father, Napoleon’s Last Island, Shame and the Captives, and the New York Times bestselling The Daughters of Mars. He is also the author of Schindler’s List, which won the Booker Prize in 1982, The Chant of Jimmie Blacksmith, Gossip from the Forest, and Confederates, all of which were shortlisted for the Booker Prize. He has also written several works of nonfiction, including his boyhood memoir Homebush Boy, The Commonwealth of Thieves, and Searching for Schindler. He is married with two daughters and lives in Sydney, Australia.

A mesmerizing novel based on the true story of Oskar Schindler, a German industralist who saved and succored more than 1000 Jews from the Nazis at enormous financial and emotional expense.

General Sigmund List's 5 armored divisions, driving north from the Sudetenland, had taken the sweet south Polish jewel of Cracow from both flanks on September 6, 1939. And it was in their wake that Oskar Schindler entered the city which, for the next five years, would be his oyster. Though within the month he would show that he was disaffected from National Socialism, he could still see that Cracow, with its railroad junction and its as yet modest industries, would be a boomtown of the new regime. He wasn't going to be a salesman anymore. Now he was going to be a tycoon.

It is not immediately easy to find in Oskar's family's history the origins of his impulse toward rescue. He was born on April 28, 1908, into the Austrian Empire of Franz Josef, into the hilly Moravian province of that ancient Austrian realm. His hometown was the industrial city of Zwittau, to which some commercial opening had brought the Schindler ancestors from Vienna at the beginning of the sixteenth century.

Herr Hans Schindler, Oskar's father, approved of the imperial arrangement, considered himself culturally an Austrian, and spoke German at the table, on the telephone, in business, in moments of tenderness. Yet when in 1918 Herr Schindler and the members of his family found themselves citizens of the Czechoslovak republic of Masaryk and Benes, it did not seem to cause any fundamental distress to the father, and even less still to his ten-year-old son. The child Hitler, according to the man Hitler, was tormented even as a boy by the gulf between the mystical unity of Austria and Germany and their political separation. No such neurosis of disinheritance soured Oskar Schindler's childhood. Czechoslovakia was such a bosky, unravished little dumpling of a republic that the German-speakers took their minority stature with some grace, even if the Depression and some minor governmental follies would later put a certain strain on the relationship. Zwittau, Oskar's hometown, was a small, coal-dusted city in the southern reaches of the mountain range known as the Jeseniks. Its surrounding hills stood partly ravaged by industry and partly forested with larch and spruce and fir. Because of its community of German-speaking Sudetendeutschen, it maintained a German grammar school, which Oskar attended. There he took the Real-gymnasium Course which was meant to produce engineers—mining, mechanical, civil—to suit the area's industrial landscape. Herr Schindler himself owned a farm-machinery plant, and Oskar's education was a preparation for this inheritance.

The family Schindler was Catholic. So too was the family of young Amon Goeth, by this time also completing the Science Course and sitting for the Matura examinations in Vienna.

Oskar's mother, Louisa, practiced her faith with energy, her clothes redolent all Sunday of the incense burned in clouds at High Mass in the Church of St. Maurice. Hans Schindler was the sort of husband who drives a woman to religion. He liked cognac; he liked coffeehouses. A redolence of brandy-warm breath, good tobacco, and confirmed earthiness came from the direction of that good monarchist, Mr. Hans Schindler.

The family lived in a modern villa, set in its own gardens, across the city from the industrial section. There were two children, Oskar and his sister, Elfriede. But there are not witnesses left to the dynamics of that household, except in the most general terms. We know, for example, that it distressed Frau Schindler that her son, like his father, was a negligent Catholic.

But it cannot have been too bitter a household. From the little that Oskar would say of his childhood, there was no darkness there. Sunlight shines among the fir trees in the garden. There are ripe plums in the corner of those early summers. If he spends a part of some June morning at Mass, he does not bring back to the villa much of a sense of sin. He runs his father's car out into the sun in front of the garage and begins tinkering inside its motor. Or else he sits on a side step of the house, filing away at the carburetor of the motorcycle he is building.

Oskar had a few middle-class Jewish friends, whose parents also sent them to the German grammar school. These children were not village Ashkenazim—quirky, Yiddish-speaking, Orthodox—but multilingual and not-so-ritual sons of Jewish businessmen. Across the Hana Plain and in the Beskidy Hills, Sigmund Freud had been born of just such a Jewish family, and that not so long before Hans Schindler himself was born to solid German stock in Zwittau.

Oskar's later history seems to call out for some set piece in his childhood. The young Oskar should defend some bullied Jewish boy on the way home from school. It is a safe bet it didn't happen, and we are happier not knowing, since the event would seem too pat. Besides, one Jewish child saved from a bloody nose proves nothing. For Himmler himself would complain, in a speech to one of his Einsatzgruppen, that every German had a Jewish friend. " 'The Jewish people are'going to be annihilated,' says every Party member. 'Sure, it's in our program: elimination of the Jews, annihilation—we'll take care of it.' And then they all come trudging, eighty million worthy Germans, and each one has his one decent Jew. Sure, the others are swine, but this one is an A-One Jew."

Trying still to find, in the shadow of Himmler, some hint of Oskar's later enthusiasms, we encounter the Schindlers' next-door neighbor, a liberal rabbi named Dr. Felix Kantor. Rabbi Kantor was a disciple of Abraham Geiger, the German liberalizer of Judaism who claimed that it was no crime, in fact was praiseworthy, to be a German as well as a Jew. Rabbi Kantor was no rigid village scholar. He dressed in the modern mode and spoke German in the house. He called his place of worship a "temple" and not by that older name, "synagogue." His temple was attended by Jewish doctors, engineers, and proprietors of textile mills in Zwittau. When they traveled, they told other businessmen, "Our rabbi is Dr. Kantor—he writes articles not only for the Jewish journals in Prague and Brno, but for the dailies as well."

Rabbi Kantor's two sons went to the same school as the son of his German neighbor Schindler. Both boys were bright enough eventually, perhaps, to become two of the rare Jewish professors at the German University of Prague. These crew-cut German speaking prodigies raced in knee pants around the summer gardens. Chasing the Schindler children and being chased. And Kantor, watching them flash in and out among the yew hedges, might have thought it was all working as Geiger and Graetz and Lazarus and all those other nineteenth-century German-Jewish liberals had predicted. We lead enlightened lives, we are greeted by German neighbors—Mr. Schindler will even make snide remarks about Czech statesmen in our hearing. We are secular scholars as well as sensible interpreters of the Talmud. We belong both to the twentieth century and to an ancient tribal race. We are neither offensive nor offended against. Later, in the mid-1930s, the rabbi would revise this happy estimation and make up his mind in the end that his sons could never buy off the National Socialists with a German-language Ph.D.—that there was no outcrop of twentieth-century technology or secular scholarship behind which a Jew could find sanctuary, any more than there could ever be a species of rabbi acceptable to the new German legislators. In 1936 all the Kantors moved to Belgium. The Schindlers never heard of them again.

Schindler's List is a remarkable work of fiction based on the true story of German industrialist and war profiteer, Oskar Schindler, who, confronted with the horror of the extermination camps, gambled his life and fortune to rescue 1,300 Jews from the gas chambers.

Working with the actual testimony of Schindler's Jews, Thomas Keneally artfully depicts the courage and shrewdness of an unlikely savior, a man who is a flawed mixture of hedonism and decency and who, in the presence of unutterable evil, transcends the limits of his own humanity. --This text refers to an alternate kindle_edition edition.

How the German Oskar Schindler came to save more than one thousand Polish Jews during the Holocaust is one of the most fascinating stories of the century. Although millions are now learning about Schindler through Steven Spielberg's recent Academy AwardR-winning film, his achievement first gained prominence with Keneally's 1982 "facticious" novel (which is also the basis for the film). Keneally's account is less melodramatic than the motion picture, and although he does not fully explain how a hedonistic German could have been so altered by the plight of the Jewish workers in his factory, he does make Schindler less enigmatic than the big-screen version. Ben Kingsley, one of the film's stars, reads in a calculatedly matter-of-fact tone, letting the story's power alone convey its complicated emotions. Highly recommended.
Michael Adams, Fairleigh Dickinson Univ. Lib., Madison, N.J.
Copyright 1994 Reed Business Information, Inc. --This text refers to an alternate kindle_edition edition.
Read more