School for Startups and millions of other books are available for Amazon Kindle. Learn more 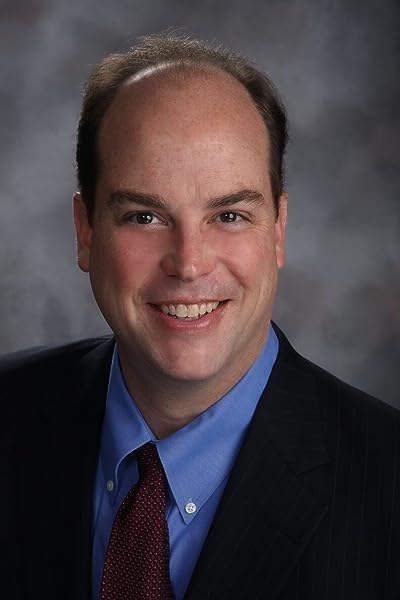 by Jim Beach (Author), Chris Hanks (Author), David Beasley (Author) & 0 more
4.3 out of 5 stars 119 ratings
See all formats and editions
Sorry, there was a problem loading this page. Try again.

The Beginner's Guide to Low-Risk Entrepreneurship
You want to start your own business, but "risk" isn't your middle name. You're not alone. Many successful entrepreneurs are averse to risk--but they have learned the tricks to working around it. And now you can too, with School for Startups.
This practical guide shows you how to build a business the smart way--without risking major assets such as your house, savings account, or health insurance.
You'll learn how to increase your chance of success by:
The authors present hundreds of the best ideas for new businesses, along with case studies proving the effectiveness of their approach. Also included with the book is a code you can use to register for School For Startups (schoolforstartups.com), where you can access exclusive webinars and supplementary material.
Read more
Previous page
Next page

Jim Beach is a serial entrepreneur and director of education at School for Startups. (www.schoolforstartups.com)

Chris Hanks is an entrepreneur and lecturer at the University of Georgia, where he teaches entrepreneurship at the Terry College of Business.

David Beasley worked for twenty-five years as a reporter and editor for the Atlanta Journal Constitution. His stories have appeared in many publications, including the New York Times, Bloomberg News, and GlobalAtlanta.com.

Jim Beach is a serial entrepreneur, Radio Host at School for Startups Radio, International Speaker, and founder of International Entrepreneurship (internationalentrepreneurship.com).
Chris Hanks is an entrepreneur and lecturer at the University of Georgia, where he is Head of the Entrepreneurship Program at the Terry College of Business.
David Beasley worked for twenty-five years as a reporter and editor for the Atlanta Journal Constitution. His stories have appeared in many publications, including the New York Times, Bloomberg News, and GlobalAtlanta.com. His new book "Without mercy: The Stunning True Story of Race, Crime and Corruption in the Deep South" comes out in January 2014.

Start reading School for Startups on your Kindle in under a minute.

4.3 out of 5 stars
4.3 out of 5
119 global ratings
How are ratings calculated?
To calculate the overall star rating and percentage breakdown by star, we don’t use a simple average. Instead, our system considers things like how recent a review is and if the reviewer bought the item on Amazon. It also analyzes reviews to verify trustworthiness.
Top reviews

Melinda
5.0 out of 5 stars Entrepreneurship without the Risk
Reviewed in the United States on May 23, 2019
Verified Purchase
School for Startups is an indispensable asset for anyone who wants financial independence, whether or not they’ve ever dreamed of being an entrepreneur. This guide doesn’t only cover the minutiae of researching markets, testing products, hiring employees, and finding customers. It does all that, right down to pointing the reader towards specific resources that can help them understand the lay of the land and their future business’ role in commerce.

It also dispels multiple myths of entrepreneurship, demonstrating through real life anecdotes and detailed instructions that businesses can be started with low or no risk and an initial investment of as little as $0.

It also covers more robust business models, from demystifying the path to being an international business entrepreneur to guiding the reader in selecting and running their own franchised business. Every size, type, and plan of small business development is outlined.

The reader is even given tips on planning and ensuring their business’ growth, and informed how long it will take before new entrepreneurs can expect to quit their day jobs.

In short, this book takes the risk and confusion out of starting and running a business, helping ordinary people chart their path from the inception of their business to their ultimate retirement. It makes financial independence accessible for anyone who reads it. This book is life-changing!
Read more
One person found this helpful
Helpful
Report abuse

Deepak Gupta
5.0 out of 5 stars A quick guide for startup initiatives
Reviewed in the United States on April 27, 2019
Verified Purchase
Starting a new business is not an easy task if you do not have enough knowledge about startups like where to start, how to start, and much much much more is there to get knowledge about. It may take years to step in but if you want to start quickly, then Jim's this book is a guide through. Examples and suggestions have been given to help you
Read more
One person found this helpful
Helpful
Report abuse

Manwere Watananga
5.0 out of 5 stars It is a useful
Reviewed in the United States on July 11, 2015
Verified Purchase
An inspiring and a must read for small business managers. It contains practical info gleaned from real life businesses. I have been inspired and encouraged to continue in business even in hard economic times. I have also gained insight into delving into innovation. The book has a lot to offer even on international marketing. I will start looking beyond my country boarders for more opportunities because I have had a lesson or two about how it works in practice. I will keep reviewing the book with my staff. It is a useful resource
Read more
One person found this helpful
Helpful
Report abuse

Kay R.
5.0 out of 5 stars School for Startups
Reviewed in the United States on January 11, 2014
Verified Purchase
I loved the example of the teacher working with his university students to start a real live business. This is a business start up book and the writer is great. Want a dream? Want a business? Try reading this book. Not an execution book but a delightful testimony of real life in a real business setting. Get it.

Heydy Saavedra-Pernesiglio
4.0 out of 5 stars A book with real examples...
Reviewed in the United States on July 6, 2015
Verified Purchase
Phenomenal reading! I absolutely enjoyed reading this book. Its content is very well illustrated and provides great examples and suggestions to begin your own business and manage it without having to invest great amounts of money. In my opinion, it's a great guideline for entrepreneurs who dream big.
Read more
One person found this helpful
Helpful
Report abuse

K. Sager
5.0 out of 5 stars Makes sense to me
Reviewed in the United States on June 16, 2011
Verified Purchase
This one will become a reference book on my shelf so I will not be selling it or giving it to anybody else. What I liked about the authors' approach is their pure pragmatism and common sense. When everybody else zigs, they zag. They load up a bunch of reasons NOT to borrow money, for instance, to start business or grow while everyone else is trying to do the opposite. They basically say, "Why would you do that to yourself? It's so easy to avoid." GREAT book. The 10 bucks will pay itself 10,000 times over.
Read more
3 people found this helpful
Helpful
Report abuse

JePh
4.0 out of 5 stars Worth the small cost to wake you up
Reviewed in the United States on July 5, 2018
Verified Purchase
It filled a knowledge gap for a time. Great memory booster. You already know this if you have entrepreneur experience, but it nudged you to recall it
Read more
Helpful
Report abuse

Bking413
5.0 out of 5 stars I'd give it more than 5 stars if I could!
Reviewed in the United States on September 30, 2011
Verified Purchase
Jim and Chris have written the new "must read" for any aspiring entrepreneur! It destroys the myths of starting a business with great risk or large capital requirements. It is filled with so many compelling and sensible reasons why many of us should consider becoming business owners and take back control of our lives from the big corporations. As a franchise consultant I am gifting this book to all my clients as the primer for the entrepreneurial spirited. Read it more than once to fully get all there is within the messages of practical experiences and expectations. Excellent read. Extraordinary advice!

Alejandro
4.0 out of 5 stars Quite complete.
Reviewed in the United Kingdom on May 7, 2013
Verified Purchase
Covers most of the problematic aspects that an entrepeneur will have to face when starting a new little company.
Perhaps I find it's too focused on internet-based business, and it'd be great that it went a bit deeper into small traditional businesses, for example such as growing food, craftmanship, ...
Anyway, includes lots of valuable ideas, rules and advices, so it's worth the price and more.
Read more
Report abuse

Kindle Customer
5.0 out of 5 stars EXCELLENT
Reviewed in the United Kingdom on July 28, 2014
Verified Purchase
This book is so so so brilliant - Only God knows why I hadn't read it earlier. Have even ordered copies for friends! An excellent book.
Read more
Report abuse

Anon
2.0 out of 5 stars Disappointed!
Reviewed in India on August 4, 2014
Verified Purchase
The book doesn't stand its promise. Its based on the assumption that everyone is working to bootstrap their business. Nothing mentioned for others. Didn't even inspire me to start a business.
Read more
Report abuse

George Sebastian
3.0 out of 5 stars Three Stars
Reviewed in India on October 2, 2015
Verified Purchase
Average book and prompt delivery
Read more
Report abuse
See all reviews
Back to top
Get to Know Us
Make Money with Us
Amazon Payment Products
Let Us Help You
EnglishChoose a language for shopping. United StatesChoose a country/region for shopping.
© 1996-2021, Amazon.com, Inc. or its affiliates