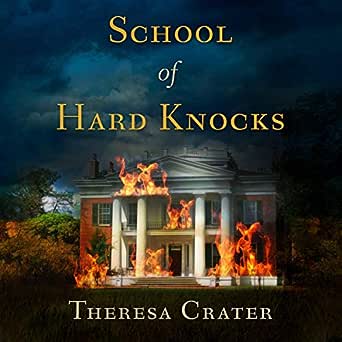 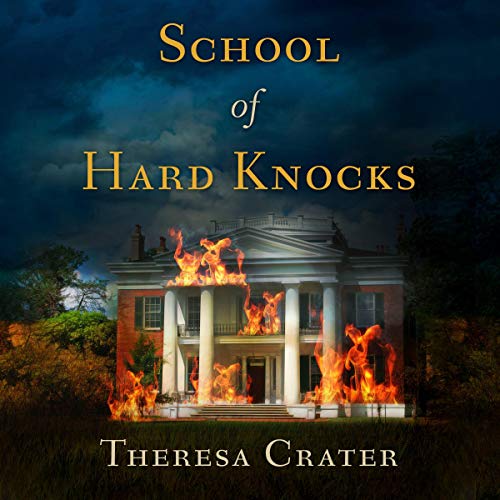 Peggy Jaynes
5.0 out of 5 stars Thoroughly enjoyed it M
Reviewed in the United States on August 17, 2019
Verified Purchase
I stayed up all night reading this til the unexpected end! The characters were totally engaging, and the story kept me turning pages. I highly recommend this read!
Read more
3 people found this helpful
Helpful
Comment Report abuse

SuzyQuilts
5.0 out of 5 stars Excellent voice for often overlooked history
Reviewed in the United States on January 18, 2018
Verified Purchase
Theresa Crater has a real talent for realistic characters, conversations and situations.She does copious research on the history of whatever time she is writing about and makes those times come to life. I have yet to read a Theresa Crater book that wasn't an instant favorite.
Read more
4 people found this helpful
Helpful
Comment Report abuse

Amazon Customer
5.0 out of 5 stars Written by a small town girl with big time talent
Reviewed in the United States on August 8, 2020
Verified Purchase
Theresa Crater stands tall among fictional authors who have you wondering if it should be non-fiction. Her descriptions of her characters cut right into the intent, or shall we say "the meat of the matter". I would classify this book as absolutely fascinating for the reader to "go-figure".
Read more
Helpful
Comment Report abuse

Amazon Customer
5.0 out of 5 stars Prepare Yourself - You're Going On A Journey
Reviewed in the United States on February 27, 2018
Verified Purchase
I couldn't put this book down. The imagery brought the story to life; I felt like I was right there, even when I didn't want to be. It was gut-wrenchy and inspiring, terrifying and heart-warming.
Read more
3 people found this helpful
Helpful
Comment Report abuse

Wallace Rinkelhaus
5.0 out of 5 stars These women, their stories, they are important
Reviewed in the United States on January 10, 2018
The first time I can remember hearing the expression, “School of Hard Knocks,” I was a teenager some months away from going off to college and I had asked a girl at my church where she was going. All my friends were waiting for that question to be answered. No emails in those days: a fat envelope, acceptance, a skinny one, rejection. When the girl said the School of Hard Knocks, I shook my head, puzzled. Was that a school’s name? No school she said, but work instead. Her parents explained they believed that was for the best. She needed some real-world experience, which, apparently, was not be acquired in college.

I cringe now at my naïve 18-year-old self’s assumption and lack of tact. But, looking back, I am not sure they were right. The expression, which is attributed to a 1902 Cosmopolitan piece by Elbert Hubbard on himself, is often used to assert experiential learning is equal in value to academic learning. Such learning or wisdom, especially the “hard knocks,” is, at times, painful, and comes from one’s mistakes and misfortunes. When given in response to such questions as the one I asked—especially—if the one asked doesn’t have a formal education—the implication is that that life’s experiences are what should be valued. Common sense, not book sense.

I would argue instead that knowledge itself and its acquisition, whether from a book or a lecture or direct experience, is what should be valued. Some things can’t be learned in a classroom, and some things must be learned through formal education. I would also argue that all knowledge, in the end, comes from the learning gained experientially, albeit in a lab or through observation or direct engagement.

And, yes, sometimes, gaining knowledge comes with hard knocks and pain and loss and grief. Sometimes the price is steep. Such is the story told by Theresa Crater in her new novel, School of Hard Knocks (Crystal Star Publishing, 2017). For Crater’s fans, this novel is somewhat different, as there are no mystical experiences and mysteries associated with the occult and arcane knowledge. The knowledge acquired here, comes through more mundane ways.

Crater follows two students in this school, both living in dangerous times, especially for people of color, and for women. The reader travels with both women from childhood into adulthood, and into middle and old age. Maggie Winters, who is first encountered in the 1890s, is a young bright African American girl, living on a North Carolina plantation owned by Mr. Winters, a man later proved to her father. The 1890s and the decades after the turn of the 20th century, was the time of Jim Crow and the resurgence of the KKK. The brief moment of African American participation in American society had passed. As one the former slaves still living on the plantation explains to Maggie, “White folks was determined to put us back in our place” (6).

Maggie, as a child, has two teachers. One, Miss Grayson, is hired by her father to teach Maggie how to read and write. For her father, doing so was dangerous. Former slaves were to be kept ignorant. Her mother’s teaching was the more practical: how to be a well-trained and well-bred house servant, how to walk, how to present herself. From both, she acquired knowledge of place, of family, and what it meant to be an African American girl in a white supremacist society.

Her father’s efforts to circumvent a rigid social order, fail in the end, resulting in Maggie learning lifelong lessons in grief and loss and pain, with healing only to come years later. Forced by his family to leave the plantation and marry, he abandons Maggie and her mother, leaving them vulnerable and without protection. “Uppity” blacks have to be put in their place, through brutal assault and murder and rape.

Maggie survives, one hard knock after another. She bears the child of the rape, but gives him up to be raised by a white family, a family that teaches him that she is inferior. She finds love, Paula, but it is a love that must be kept hidden. But Maggie survives.

The other student in this school is Caroline, a young girl in the 1950s, a time on the cusp of enormous change and social unrest. The civil rights movement is gathering strength as Martin Luther King, Jr. is rising to prominence. Caroline’s family is caught in turmoil and abuse. Her father is sent to prison and her mother begins to fall apart. Caroline begins talking to “people in the corner between the refrigerator and the door to the back to the back porch. Nobody else could see them” (134). A chance encounter has brought together Maggie and Caroline’s mother, Lily, and it is to Maggie, that Lily goes to for help. That the family of Lily’s husband was directly involved in the attack on the plantation and the murder of Maggie’s mother and Maggie’s rape becomes knowledge that is secret.

Caroline, Lily, and Maggie are connected for the rest of their lives. Secrets are shared and kept, and some secrets are endured. Old wounds are healed. Their stories are also shared, remembered, linking them inextricably together, as their lives become reflections of each other. Beyond the personal, the public history of race and bigotry and, at times, grace and justice, is also part of who these women are, in this school of hard knocks.

This is a novel of many ways of knowing, of lessons learned in pain and sorrow. What is known and who knows it and how, and the secrets Maggie keeps and eventually shares, heals and relieves some of the pain and the sorrow. That the lives of these women, black and white, are so intertwined, speaks eloquently to what we share, not what keeps us apart. Their private stories are important and need remembering. As Caroline tells her own daughter, lost and later found,
“I have so much to tell you. I wrote some of it down” (271). Yes, how we learn matters, albeit through direct experience, in a classroom, through a book, but perhaps more, I would argue, is the learning itself, and what is done with this learning. Here, these women persist, they endure, they tell their stories, they teach what they know.

I think the reader will want to know these women and their stories.

Sylvia A. Nash
5.0 out of 5 stars Pulls You In
Reviewed in the United States on November 30, 2017
When I finished reading School of Hard Knocks, two thoughts immediately came to mind: Coming of age and coming full circle. While the telling of the story is a little more graphic than I prefer, it does give an inside look at life in the south on both sides of the turn of the twentieth century and how those years and events influenced the lives of two women generations apart. It is a story about growing up, responding to choices made by others, and making personal choices. The telling of that story pulled me along as if I were running alongside Maggie and Caroline, not wanting to experience what they were experiencing but wanting to learn what came next. For me, that’s the sign of a good story, one that will not let me go even after I have finished reading it.
Read more
4 people found this helpful
Helpful
Comment Report abuse

Toya Winder
1.0 out of 5 stars Book is okay to read
Reviewed in the United States on April 7, 2020
I couldn't wait to get this book in the mail while I was self quarantined. This book lost my interest when it started with 1950, Caroline after the raid on Mr. Winter's house/slaves in the 1800s. Ms. Crater missed the point how Maggie and Pearl's relationship evolved over the years, etc. and Lily's life growing up that brought them to the school of hard knocks. At the end, the book did come full circle. But, too much hype for this book.
Read more
Helpful
Comment Report abuse
See all reviews