Skip to main content
Scott Free and millions of other books are available for Amazon Kindle. Learn more 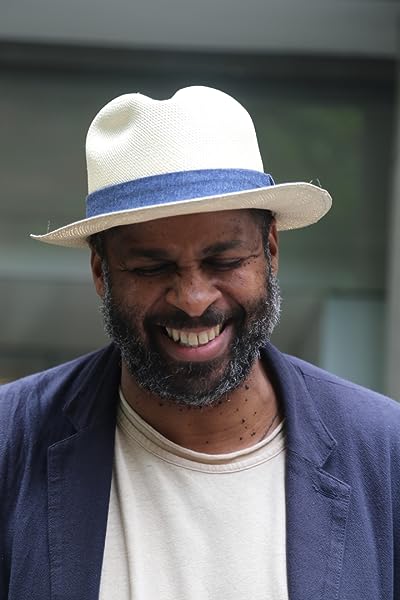 by Nkosi Ife Bandele (Author)
3.0 out of 5 stars 1 rating
See all formats and editions
Sorry, there was a problem loading this page. Try again.

Scott Free is an on the road story about an African American aspiring filmmaker stuck, ironically, working the concession stand at an upscale New York City movie theatre, while also trying to negotiate his dead-end relationships. He hops a Greyhound Bus $99 Special, but en route to Hollywood lands in San Francisco where he becomes a professional toilet bowl cleaner, “Scotty Tissues,” and realizes that his life West resembles his life East as there’s really no escaping oneself.
Read more
Previous page
Next page

Start reading Scott Free on your Kindle in under a minute.

Nkosi’s latest extended fictional work, Professor Marvel, explores the life of a popular black male professor at a predominantly white, women’s college who freaks when a radical feminist compares him to the Kansas charlatan turned Wizard of Oz. His dubiousness is confirmed when he succumbs to the charms of a student, an aspiring fashion model. Meanwhile, he keeps a secret affair with an older feminist colleague. The she-it hits the fan when her estranged husband becomes jealous and challenges him to a fistfight. Certain he’ll be blamed when the old man’s pacemaker explodes, Professor Marvel takes flight. His prior indiscretion eventually catches up to him when he discovers the fashion model exploits a sex tape as her steppingstone to fame.

The BlackList says, “Professor Marvel is thought-provoking read that keeps the reader in anticipation of what's to come over the course of the story."

LB
3.0 out of 5 stars A Shocking Story of Real Life
Reviewed in the United States on September 3, 2019
This book, Scott Free, was a bit of a shocker in places. It's the story of a young black man who moves from New York to San Francisco and the different jobs and relationships he has on the way. The actual biographical part of it is interesting, because there are a variety of events in the book. But I have to say, the amount of strong swearing and drug use and frequent sex acts depicted in the book made it hard to read at times. I can understand the author being realistic, but that was what was negative about the book, and why I gave it three stars. The people are unique throughout the book for sure, and I do like the way things ended up on a semi-positive note, but be prepared for some serious real life on the gritty side, if you read the book.
Read more
Helpful
Report abuse
See all reviews