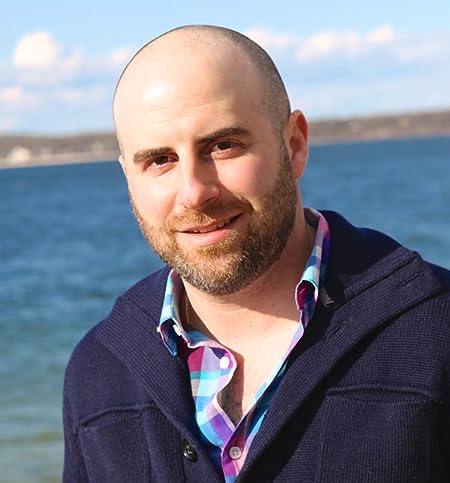 Scott Cohn is a life-long doodler, his idols being Jim Davis, Gary Larson, Don Martin, Sergio Aragones (and the rest of the geniuses at MAD Magazine). His first published artwork, a sketch of Dwight Gooden, appeared in Kidsday, a weekly insert in Long Island Newsday (where his father was a writer/editor).

He published comics in the Lynbrook High School newspaper, The Horizon, and then had a thrice-weekly single panel on the Daily Orange comics page at Syracuse University called Freakz.

After college he lived in Hong Kong for two years and created a baby clothes company, Bon Bébé, with his partner Elan Rofé. When he moved back to New York City in 2001, he spent a few years learning commercial production, editing, and motion graphics under the tutelage of long-time friend Evan Schechtman, then founder of Outpost Digital and now CTO of @radical.media. In 2004 he started the Night Agency - a digitally-focused creative agency with partners Darren Paul and Evan Vogel. They continue to make award winning creative campaigns today.

Scott lives on Long Island with his wife and two daughters. His debut children's book Daddy Sat On A Duck came out on May 5th and the second in his "Daddy" series, Daddy Said A Word I Never Heard, is due to hit shelves in November. 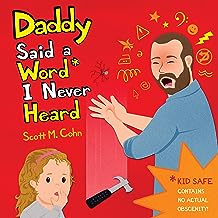 Daddy Said a Word I Never Heard (The Daddy Series Book 2) Nov 3, 2015
by Scott M. Cohn
( 23 )
$9.99
In the companion to Daddy Sat on a Duck, author/illustrator Scott M. Cohn gives readers another look at a true-to-life daddy story that shows the real life struggles of families whose Daddy's have a potty mouth!
Daddies know all kinds of fun words, but how can a kid know which words are good and which ones are BAD? In this refreshingly authentic story that will resonate with every modern family, one little girl takes Daddy's accidental language lessons to school...and learns a very different lesson from her teacher!
Read more
Other Formats: Hardcover 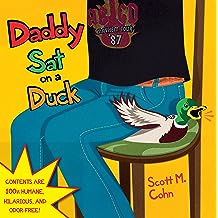 Daddy Sat on a Duck (The Daddy Series Book 1) May 5, 2015
by Scott M. Cohn
( 51 )
$9.99
This hilarious (and yet heartwarming) salute to real daddies everywhere is crafted with contemporary parents in mind and will have readers laughing out loud as they recognize and relish many familiar family moments that most books for children leave out!
Do you ever hear strange noises in your house? (The bathroom in particular.) Are hairy creatures raiding the fridge at midnight? Does some animal keep leaving the toilet seat up? YOU ARE NOT ALONE! Join one little girl on her quest to catch the wild beasts in her home that HONK and ROAR and BELCH at all hours. Or... could it just be Daddy?
Read more
Other Formats: Hardcover