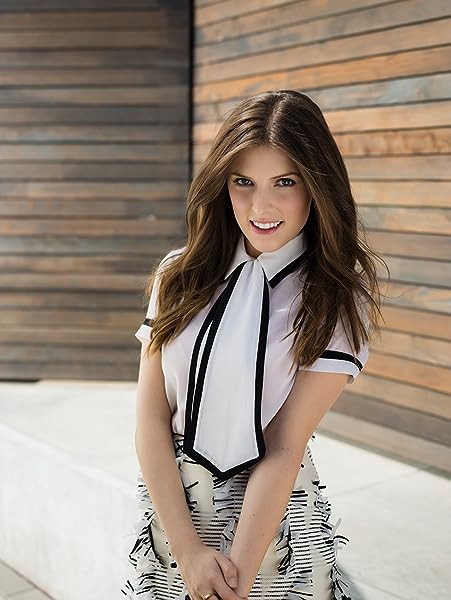 by Anna Kendrick (Author)
4.6 out of 5 stars 1,586 ratings
See all formats and editions Hide other formats and editions
Read more Read less
Inspire a love of reading with Prime Book Box for Kids
Discover delightful children's books with Prime Book Box, a subscription that delivers new books every 1, 2, or 3 months — new customers receive 15% off your first box. Learn more.
click to open popover

"This A-list firecracker does it all—blockbusters, indies, dramas, musicals, and, now, a memoir—with sleight-of-hand dexterity and fearsome wit. . . . Scrappy Little Nobody is a fizzy, funny collection of personal essays that very successfully approximates what it’s like to spend time with Kendrick (long a Twitter fave, now to more than 5 million) and, as such, seems likely to have extremely widespread appeal." —ELLE

"Scrappy Little Nobody lets readers feel like they have spent an afternoon chatting with their closest friend." —Booklist

"Of the pantheon of funny, smart, strong screen women to write a memoir, Anna Kendrick’s is a welcome, entertaining and endearingly honest installment." —The Guardian

"Kendrick writes essays about her life in the witty, self-deprecating voice that's made her a must-follow on Twitter." —Time

"Kendrick has won legions of fans for her movies and her quips on Twitter, and her wit continues in this collection of autobiographical essays recounting some of the most memorable, charming, and even relatable moments of her life—from growing up in New England suburbia to working her way up to become one of Hollywood’s darlings." —Buzzfeed

“[Kendrick] writes an honest, effortlessly funny and alternatively relatable and aspirational reflection on her personal and professional life to date. Her essays jump from grade school reminiscences to Louis Vuitton Oscar parties to the typical highs and lows of adult dating life, revealing the witty, talented and disarmingly real girl behind the Hollywood name.” —Harper’s Bazaar

“The Pitch Perfect star can sing, act, and write hilarious tweets. Fortunately she’s imbued the pieces in Scrappy Little Nobody with that same humor.” —Entertainment Weekly

“This collection of essays about the life of everyone's favorite actress Anna Kendrick will have you laughing for days. After all, this is the woman who could even make Twilight funny.” —Bustle

"I had a giant smile on my face the entire time I was reading Scrappy Little Nobody." —Brooklyn Paper

Born and raised in Portland, Maine, Anna Kendrick made her Broadway debut at the age of twelve in her Tony-nominated performance for the musical High Society. Since her Academy Award–nominated role as Natalie Keener in Up in the Air, she has made numerous theatrical appearances, including starring roles in Into the Woods, the Twilight saga, and the Pitch Perfect film franchise. In 2013, she achieved musical success with the triple-platinum hit song “Cups (When I’m Gone),” featured in Pitch Perfect. She lives in Los Angeles.