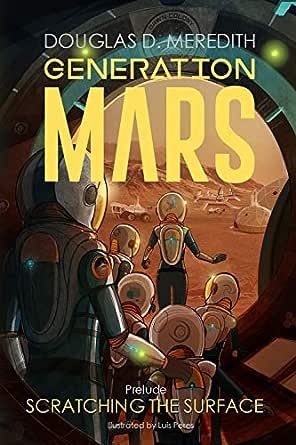 You've subscribed to Generation Mars! We will preorder your items within 24 hours of when they become available. When new books are released, we'll charge your default payment method for the lowest price available during the pre-order period.
Update your device or payment method, cancel individual pre-orders or your subscription at
Your Memberships & Subscriptions
There was an error. We were unable to process your subscription due to an error. Please refresh and try again. 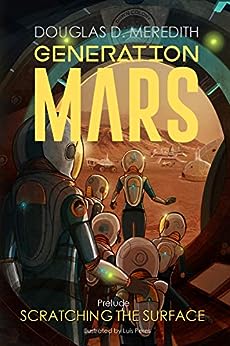 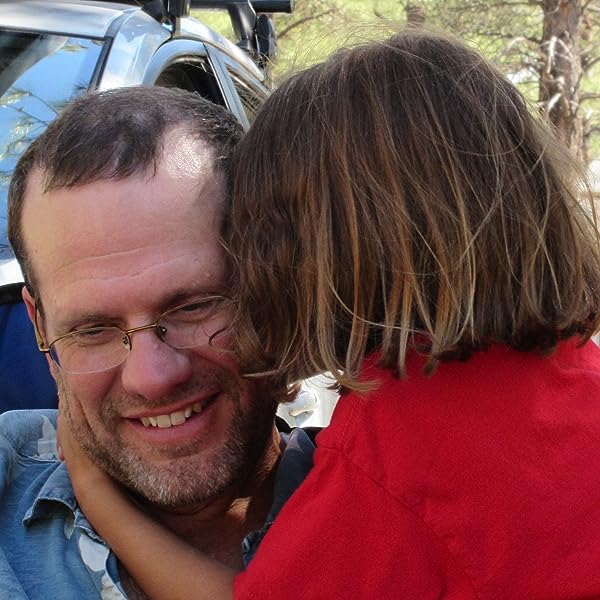 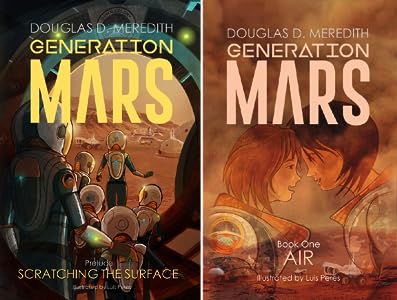 I'm usually hesitant to accept self-published novels for review, but Scratching the Surface is a rare well-told, well-edited story that proves the rule. It's a genial story for readers new to chapter books about the first children on Mars and their first school field trip from their underground habitat to the Martian surface, involving their first exhilarating view of an open sky. And there's a few poignant moments that will hit readers' parents harder. The details of the habitat, its life-support systems, and surface suits are rooted in realistic science and technology, with further details explained in a postscript to the book. To top it off, Peres' illustrations are gorgeous. I'm looking forward to further installments in the series!

It is fantastic to see a children's science fiction novel incorporating actual science into its storyline! This book gives a good glimpse at what life could be like for humans on Mars in the future, presented through the eyes of a young girl.

GENERATION MARS fills the "hard science fiction" hole in early middle grade bookshelves...I hope this book will hook some of our young readers (and parents) who aren't as easily entertained by the silly stuff.

Every step in a new journey can be uncertain. But these first steps move us into the future we wish to create. Small steps by sisters Ori and Cas, part of the first cohort of children born and raised on Mars, are just what humanity needs to grow beyond Earth. Through their eyes, readers can feel that they, too, are Generation Mars.

Douglas D. Meredith is a software developer living on planet Earth with his wife and two daughters. He has no idea what he's doing most of the time, but goes about it in earnest anyway. He writes recreationally, for now. --This text refers to an out of print or unavailable edition of this title.

G. Parks
5.0 out of 5 stars Very Entertaining But MUCH Too Short!!!
Reviewed in the United States on June 30, 2020
Verified Purchase
This is a GORGEOUS book about kids born and living in a colony on Mars!

However, I'm not at all sure that the ultra-brief chapters are quite a match to the vocabulary. The brevity of the chapters seems geared to really LITTLE kids -- I'd guesstimate about second grade -- but the vocabulary is much more advanced than that, I'd say fourth grade at the LEAST. A very unnerving mismatch.

The very brief chapters made for a very brief book; I wish it was longer and more involved.

In all other respects this appears to be the start of a MARVELOUS series; I can hardly wait to see more! Five heartfelt stars -- Bravo!!!
Read more
Helpful
Report abuse

Cindy A. Lutz
5.0 out of 5 stars Big kid sci-fi!
Reviewed in the United States on October 13, 2019
Verified Purchase
What would it be like to be born on Mars, and know only that new world? This is a fascinating and kid-approachable introduction to living as a colonist on Mars. I enjoyed the story and illustrations and look forward to more stories about Cas and Ori!
Read more
2 people found this helpful
Helpful
Report abuse

Christina Grossman
5.0 out of 5 stars Asking for more stories from the author- We love these stories!
Reviewed in the United States on September 22, 2019
Verified Purchase
Our kids have read both books and they cannot wait for more! It is really nice to have a book where my youngest(7), up to my oldest (11 years) can all read the book. They can actually have something to talk about later. Especially for girls, the main characters are girls and play an important role in the story. For a science fiction book for kids, this is really important.

Kate Rauner
5.0 out of 5 stars Terrific story for kids who wonder about living Mars
Reviewed in the United States on September 23, 2019
Perfect story for kids around the age of the main character - a girl in third grade. She and her sister attend school and play in the underground colony. Then the big day comes when she takes her first walk on the surface. I like the final sentence, as her father talks with the girl: the future was hers, not his. The illustrations are delightful and showed up very well on my Kindle. As a bonus, the last third of the book offers facts about Mars. Fun with nothing scary for younger children. This would make an excellent gift.
Read more
3 people found this helpful
Helpful
Report abuse

ChiSongwrtr57
5.0 out of 5 stars Scientifically solid, emotionally authentic and brave!
Reviewed in the United States on October 6, 2019
I’m excited to find a book for young readers that not only generates enthusiasm about their own power to change the world, but also helps them learn about the complex emotions that inevitably happen when encountering something new. Generation Mars delivers well researched, real understanding about science and space while also encouraging kids to meet unfamiliar situations with curiosity and preparation. There are lessons here to benefit young and old — even here on Earth!
Read more
3 people found this helpful
Helpful
Report abuse

Robert McLay
5.0 out of 5 stars Fun first chapter book with real science about Mars.
Reviewed in the United States on June 2, 2020
I'm a children's author myself, and have been looking at how others perfect their craft. Generation Mars is a fun read for children just starting on chapter books. The concepts are big but the chapters short, and interrupted by beautiful illustrations that should keep kids turning pages. Cas and Ori are human children born on Mars, and the reader’s window to the wonders and peculiarities we may one day experience when people eventually colonize the red planet. It’s a fun idea and a fun book.
Read more
One person found this helpful
Helpful
Report abuse

Derrick F Fisher
5.0 out of 5 stars Fun Read That Sparks Curiosity With Science
Reviewed in the United States on January 19, 2020
My 6 year old son who is reading at a 3rd grade level really enjoyed the book as it gives a more realistic view of what living on Mars could be like. He stopped reading a series of which he is on book 43 in order to read about inhabiting the Red Planet. Now he wants to be the first person to fly to Mars and place a flag on its surface. Excited to read the next installment in this series.
Read more
2 people found this helpful
Helpful
Report abuse
See all reviews