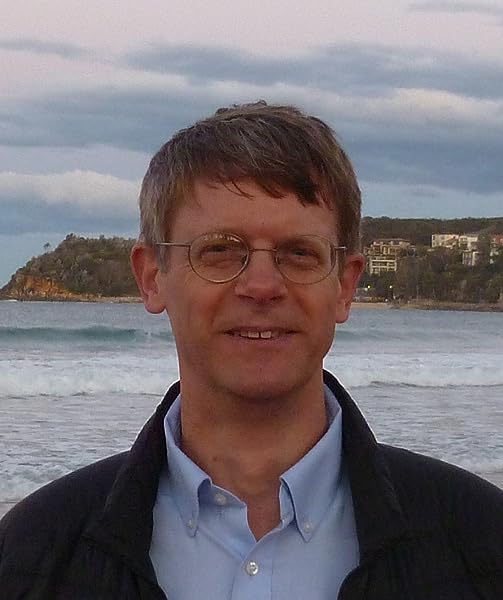 “[B]eautifully illustrated. . . . People interested in maps, cryptozoology, folklore, and arcane zoology and zoological history will want to check it out.”
(Scientific American)

“The book features striking images of maritime monsters taken from maps of the ocean made between the 10th and 16th centuries.”
(Boston Globe Brainiac Blog)

“In the large-format, hardcover that this thing is, it’s basically as near to the ultimate nerd-level coffee table book that you could ever want, and I love it for that.”
(Aidan Flax-Clark Lapham's Quarterly)

“[An] authoritative, wide-ranging study. . . . Sumptuously produced. . . . The author is an encyclopedic scholar of historical cartography, with a magisterial command of comparative knowledge and scrupulous attentiveness to detail.”
(Marina Warner New York Review of Books)

“Medieval and Renaissance map scholar, Chet Van Duzer, backed by the British Library as publisher, have teamed up to produce a spectacular new book, Sea Monsters on Medieval and Renaissance Maps, a topic, oddly enough, for which there is little by way of real precedent. This book will become the sea monster authority by default. Although this beautiful book is a product of academic quality, it is very readable and accessible and requires no prior knowledge.”
(BibliOdyssey)

“A truly charming book, and one that will turbocharge the imagination of anyone staring over the side of a boat at a bunch of waves that could hide just about anything.”
(Sam Llewellyn Marine Quarterly)

“Lavish. . . . The sea monsters depicted throughout Van Duzer’s beautifully illustrated British Library volume strike absolute wonder in the reader today, and the author provides valuable insight into what medieval and Renaissance viewers must have made of these sinewy, silly, horned, fanged, and fearsome creatures. . . . Van Duzer reminds scholars that it sometimes helps to let the eye wander to the margins, to get a different historical perspective of medieval perspectives of their surrounding seas. This critical analysis of a hitherto ignored cartographic trope adds much-needed depth to our understanding of medieval and later perceptions of the sea and its mysterious creatures.”
(Vicki Ellen Szabo, Western Carolina University Nautical Research Journal)

“An in-depth dissection of ancient maps and sea beasts from days past.”
(Andrew Belonsky Out)

"Duzer offers a sublime examination of the genealogy of individual sea monsters and the artistic techniques of placing them on maps. . . . The author and the British Library both deserve great praise for creating such a visually stunning work."
(Historical Geography)

Matthew A. Bille
5.0 out of 5 stars Gorgeous look into the
Reviewed in the United States on October 25, 2020
Verified Purchase
A beautiful book, to say the very least. Van Duzer shows us how sea creatures - real, intended-to-be-real, and wholly imaginary - decorated maps from the earliest surviving Western examples, as much as 1,200 years old,. The practice may be much older.
Van Duzer’s focus is on the sixth through tenth centuries. Maps were decorated with creatures real and fantastic to show believed dangers in specific areas, to emphasize the breadth and wonder of Creation, or just as decoration, especially on maps commissioned by the wealthy as art. The creatures are sometimes absurd, sometimes intriguing, and sometimes even believable (a swordfish and a whale on the Gough map of Britain, c. 1400, look perfectly accurate). An illustrated copy of Ptolemy’s Geography, made about 1560, was the pinnacle of sea monster art, including in its maps 476 creatures. Often creatures shown on maps turn up in other places, such as illuminated manuscripts, bestiaries, and church decorations.
Monsters on maps declined in the more scientific era that followed the Renaissance, but the older maps left us some magnificent art as well as a window to the thinking of their times. Do any possibly indicate cryptozoological creatures, the modern sea serpents that never quite vanish into myth? Van Duzer does not address it, but there is something in here to match up with almost any maritime tale (I don’t know what one artist used a guide for a half-fish half-rooster, a literal chicken of the sea.)
This is a great reference to the real and imagined monsters of the period as well as a thing of sometimes-breathtaking beauty. 299 endnotes add details to the main narrative.
Read more
Helpful
Report abuse

T. Paris
5.0 out of 5 stars Fun read and educational
Reviewed in the United States on March 21, 2017
Verified Purchase
Gives a concise history of maps, along with the origins and evolution of their accompanying monsters. Makes you wonder; where people just bad at accurately drawing animals before the 1700s, or did the explorers just not even try. A written description of an octopus ends up looking like a lobster on the map. I guess eight legs meant lobster to the artist, because it was all he knew. A simple sketch from someone who had seen an octopus (or for that matter, a dead one preserved in brine) would have allowed the artist to get a lot closer to reality. Most inaccuracies are easily attributable to misunderstandings. Obviously sea-dogs were seals or sea lions, but something was lost in translation and the artist ended up drawing something closer to a dog than a seal. A quick read, because of all the pictures, which are great. My only gripe would be that many of the pictures didn't go with the text on the same page, so there was some flipping back and forth required to follow along. I realize though that it must be difficult to edit things to fit the text near the appropriate pictures, so I didn't take away a star.
Read more
3 people found this helpful
Helpful
Report abuse

A.V.
2.0 out of 5 stars Not inspired
Reviewed in the United States on February 9, 2017
Verified Purchase
I like the paper quality and size of this book, but was disappointed with the rest. The illustrations are nowhere near one would expect from such a wonderful theme. I am going to print some images I find through a Google search, because this book left me totally uninspired. Do not be mislead from the cover picture - that is probably the prettiest ( and least cropped ) map you will see.
Read more
5 people found this helpful
Helpful
Report abuse

Jen G.Top Contributor: Pets
5.0 out of 5 stars Great for anyone interested in old maps
Reviewed in the United States on April 2, 2018
Verified Purchase
What an awesome book! I'm an amateur cartographer and had never really thought about the sea monsters and other items included in the periphery of medieval maps. This book provides a very interesting discussion of these little extras, plus it has wonderful photos of maps. Normally I purchase Kindle books but this is definitely worth having in hard copy.
Read more
Helpful
Report abuse

Fritz
2.0 out of 5 stars Barely any images of the monsters/creatures
Reviewed in the United States on September 24, 2018
Verified Purchase
I was hoping this book was a collection of images of Sea Monsters from antique maps. But there are barely any pictures and illustrations of the creatures. I was really disappointed and ended up putting this book in the pile to give to Half Price Books.
Read more
One person found this helpful
Helpful
Report abuse

Jim Siebold
5.0 out of 5 stars A monster for everyone
Reviewed in the United States on March 5, 2016
Verified Purchase
Chet Van Duzer always delivers excellent research and this book is no exception. This is a topic that fascinates many readers both inside the cartographic community and the generalist. Very well illustrated.
Read more
One person found this helpful
Helpful
Report abuse
See all reviews

KS the Dreamer
5.0 out of 5 stars great
Reviewed in the United Kingdom on September 21, 2019
Verified Purchase
Beautifully illustrated and fun to read
Read more
Report abuse

Julianna Starlight
5.0 out of 5 stars My husband loved this
Reviewed in the United Kingdom on May 13, 2014
Verified Purchase
Originally seen at British Library but bought here for a song... Beautifully illustrated, detailed book. A must have for maps and monsters fans
Read more
4 people found this helpful
Report abuse

Amazon Customer
1.0 out of 5 stars Binding problem
Reviewed in the United Kingdom on March 8, 2019
Verified Purchase
Book not bound properly so sadly pages are coming out.
Read more
Report abuse