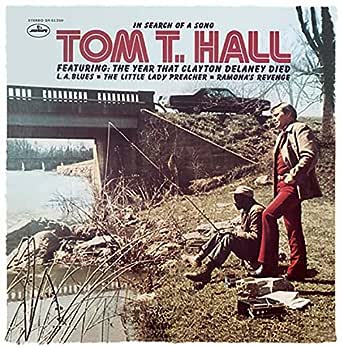 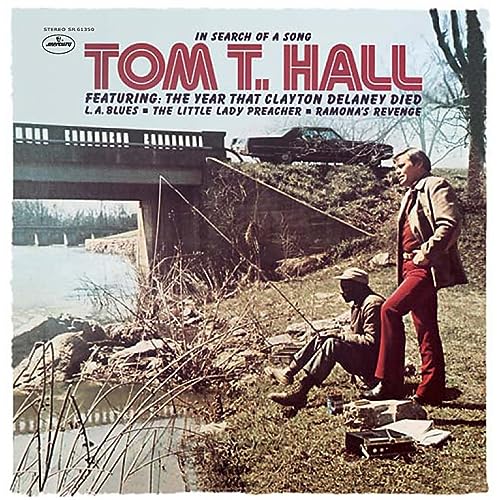 In Search Of A Song

By placing your order, you agree to our Terms of Use.

Tim Lookingbill
5.0 out of 5 stars The stories! The stories! The stories!...& great melodies to boot.
Reviewed in the United States on June 4, 2012
Verified Purchase
I've been waiting for this album to be issued on CD since I first heard my dad play the vinyl LP back in the early '70's. As a kid growing up in Texas I wasn't much of a country music fan but after waking from one lazy summer afternoon nap I listened with an open mind in amazement to the story unfolding in the song "Ramona's Revenge"-(note: ask yourself what Ramona was communicating with her last gesture to the prying town folk at the end of the song...You could start a philosophical and sociological discussion on society's treatment of the handicapped..."She's mute, not stupid!").

So as you can see I was dumbstruck by the depth of the story recited in such a laid back Will Rogers wink to the listener along with the unique, upbeat melody that ties it all together. I never get tired of this album's use of the harmonica as a light hearted rhythmic flourish. Over 40 years later this album has stayed with me to this day. It had that much of an impact on me.

As far as I'm concerned this album truly defined Tom T Hall's classic humor laced story telling style and should be considered a collectable and a classic. I think Bob Dylan should've been taking notes from 'ol Tom in knowing how to get to the point and enunciating the lyrics within a melody. Tom seems to have a gift for clarity and simplicity while still maintaining meaning and depth in telling a story through a song. He's a master at it no matter how "cornpone" some of his songs may sound.
Read more
3 people found this helpful
Helpful
Comment Report abuse

JH in Cedar Creek, TX
5.0 out of 5 stars One of Tom T's finest.
Reviewed in the United States on December 24, 2012
Verified Purchase
I had this album on a record when it was new in 1972. It holds up well. Many of the songs are as true today as they were 40 years ago.
Read more
One person found this helpful
Helpful
Comment Report abuse