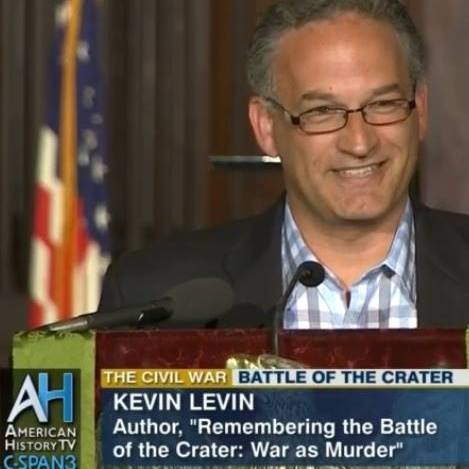 This book is a major contribution to any Civil War bookshelf. . . . [Levin] reveals how [the] story of black Confederates bolstered romantic views of the loyal, happy slaves (slavery wasn't so bad after all) and countered the "slavery caused the war" narrative in so doing. . . . Levin's authoritative voice will serve to counter such noxious fake history for years to come.--Journal of African American History

Levin's timely and telling account should be required reading for anyone who wants to understand the uses and abuses of history and the power and dangers of mythmaking.--Library Journal, starred review

Levin has made a significant contribution to the scholarship on the American Civil War and with this volume secures his place as one our most important memory scholars. His methodical evaluation of memory and the black Confederate myth demonstrates ways we can and should explain how and why fabricated historical narratives emerge and are maintained.--H-Net Reviews

Levin's book provides a clear look at a subject that really shouldn't be contentious.--Longview News-Journal

Levin's objective in Searching for Black Confederates is to inoculate the public against the "myth"—to make readers aware of the often-purposeful distortions and agendas that underlie it.-- Virginia Magazine of History & Biography

Kevin Levin writes well, and he has definitely done his homework. He presents a strong case debunking the myth of black Confederate soldiers--Journal of America's Military Past

Levin's study is the first of its kind to blueprint and then debunk the mythology of enslaved African Americans who allegedly served voluntarily in behalf of the Confederacy. . . . Searching for Black Confederates is highly recommended for historians, students, and enthusiasts of the Civil War and Civil War memory.--Journal of Southern History

Should be required reading for anyone interested in how Americans remember the Civil War. Acolytes of the Lost Cause will no doubt find little to like. But for anyone else, Levin's powerful indictment should represent the death knell for Civil War's most persistent myth.--America's Civil War

Provides an important corrective to a thriving, albeit bogus, subtopic of Civil War history, which claims that some African Americans willingly fought for the Confederacy. . . . [and] comprehensively dismantles the associated "Lost Cause" narrative.--Choice

The pose one sees in photographs of Confederate soldiers with their seemingly loyal 'camp slaves' is in microcosm what the issue of 'black Confederates' became in our own time--a 'pose' by neo-Confederates seeking legitimacy for their fool's cause. Kevin Levin has provided this mythic problem what it dearly needs: a carefully researched and beautifully written history, first of wartime itself, then of the Lost Cause memorial period, and then of the Civil War sesquicentennial in which the question of blacks in gray would not die. Levin's book needs to be widely read as a rich history drawing the life out of a lethal narrative of wish fulfillment.--David W. Blight, author of the Pulitzer Prize–winning Frederick Douglass: Prophet of Freedom

Kevin M. Levin is a historian and educator based in Boston. He is author of Remembering the Battle of the Crater: War as Murder and the award-winning blog Civil War Memory (cwmemory.com).
Read more