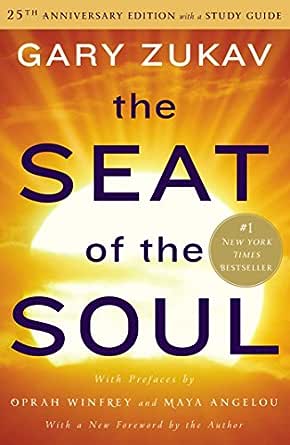 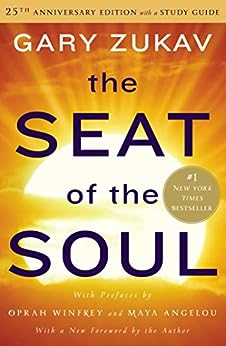 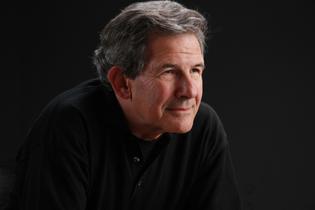 The Seat of the Soul: 25th Anniversary Edition with a Study Guide Kindle Edition

“The Seat of the Soul changed the way I see myself. It changed the way I view the world. It caused a profound shift in the way I conduct all my relationships, business and personal. . . . I’ve taught leadership classes at the Oprah Winfrey Leadership Academy for Girls with the help of The Seat of the Soul. I've used its principles to teach elementary school students, high school students, even MBAs at the Kellogg School of Management. I get a surge of delight every single time someone reads this book and feels the amazement I felt 25 years ago.” (Oprah Winfrey )

“The intrepid, daring Gary Zukav . . . tells the hard truths as easily as willow trees bow gracefully along a brook side. . . . After reading Zukav’s book for the tenth time, I still found it outrageous . . . I keep my second copy of the book covered in plastic at the kitchen table, so it will be protected from years of use and so that the olive oil from a just-made salad will not smudge the cover . . . I suggest to the new Zukav reader to draw close to share this book with someone who has firm nerve and a wonderful sense of humor because when Zukav’s ideas stop challenging you, you will laugh with the wonderful laughter of the discoverer who has found a new continent.” (Maya Angelou, American Poet Laureate, author of I Know Why the Caged Bird Sings )

“The Seat of the Soul is a very important book to me.” (Paulo Coelho, author of The Alchemist )

Gary Zukav is the author of The Dancing Wu Li Masters: An Overview of the New Physics, winner of The American Book Award for Science; The Seat of the Soul, the celebrated #1 New York Times bestseller; Soul Stories, also a New York Times bestseller; and many others. His books have sold millions of copies and are published in twenty-four languages. He is a graduate of Harvard University and a former US Army Special Forces (Green Beret) officer with Vietnam service. He lives in Oregon with his spiritual partner, Linda Francis.

Gary Zukav's American Book Award-winning The Dancing Wu Li Masters masterfully introduces the layman to quantum and particle physics, as well as Einstein's relativity theories. With a similar dose of amiable, easy-to-understand prose, Zukav guides readers into the spiritual realm in his bestselling The Seat of the Soul.

Zukav questions the Western model of the soul, alleging that the human species is in the midst of a great transformation, evolving from a species that pursues power based upon the perceptions of the five senses--"external power"--to one that pursues power based upon perceptions of the soul--"authentic power." He believes that humans are immortal souls first, physical beings second, and that once we become conscious of this transformation--once we align our personalities with our soul--we will stimulate our spiritual growth and become better people in the process. This insightful, lucid synthesis of modern psychology and new-age principles has been described as the "physics of the soul." Who better to explain such heady concepts than Gary Zukav? --This text refers to an alternate kindle_edition edition.

Copyright &copy; 1989 by Gary Zukav --This text refers to an alternate kindle_edition edition.

Zukav describes a new form of evolution in which humans learn to value authentic powerApower based on the perceptions and values of the spirit. Authentic power differs from external power in that external power is based on perceptions of the five senses and is thus missing a dimension. Zukav (The Dancing Wu Li Masters) recommends that in order to achieve wholeness, we need to recognize a realm outside and beyond ourselves. He insists that we not become caught up in definitions of this higher power or names. The important thing is that we recognize that we need this sixth sense in order to discover the true meaning of life. The Seat of the Soul depicts the transformation from an ordinary, externally powered world to an authentic, new-dimensional life. Although the author seems to come to few conclusions about the benefits of the authentic self or how to achieve this state, this work, narrated by William Griffith, may be of interest to libraries establishing large alternative religion collections.ARavonne A. Green, Virginia Polytechnic Inst. & State Univ., Blacksburg
Copyright 2000 Reed Business Information, Inc. --This text refers to an alternate kindle_edition edition.

"A laser is like a whole personality," writes Zukav. In a sequel to The Dancing Wu Li Masters , this exponent of the spiritual side of the "new physics" goes beyond intriguing parallels. In gracefully written sermonettes with titles like "Evolution," "Light," "Power" and "Addiction," he makes a bold attempt to fuse so-called New Age wisdom with modern psychology, science and sociopolitical reality. Zukav posits two types of people: the "five-sensory human" who puts mind over heart, lacks trust, plays power games and can't tap intuition is contrasted with the "multisensory" individual who seeks alignment of the soul with the personality. One section relates personal and national karma to the theory of Gaia, which holds that Earth is a single living entity with a soul. Though Zukav explores themes long familiar to astrologers and occultists, his high-minded synthesis is something more than old wine in a new bottle.
Copyright 1989 Reed Business Information, Inc. --This text refers to an alternate kindle_edition edition.
Read more