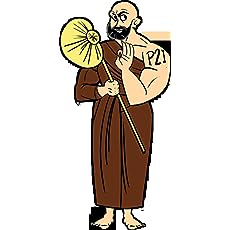 Sebastien is an adventurer of sorts. He has lived in 6 different countries and speaks 4 different languages. Being part asian, he has been accustomed to hearing buddhist tenets. He grew pretty fond of the Buddha and his teachings. To this day he doesn't want to be labelled as a buddhist or anything else for that matter.

He believes in inspiration and people regardless of any labels. His spiritual path brought him to Myanmar to become a novice monk at the age of 16. 4 years later during a time of depression he left for the north of Thailand and spend 3 months in a meditation centre to make more sense of his life and his purpose.

As a meditation teacher, a fitness & and muay thai fanatic/enthusiast with a taste for entrepreneurship. He decided to create a business which can combine all his passions and inspire people all over the world by helping people physically, mentally and spiritually to find their purpose, well-being and health to thrive and contribute to this world. 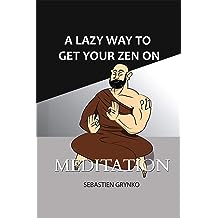 A Lazy Way to Getting Your Zen On: Meditation Guide - A Perfect Book for Beginner/Experienced Meditators!: Meditation guide Apr 8, 2018
by Sebastien Grynko
( 1 )
$2.99

In this short read, Sebastien Grynko breaks down (in a very simple way) how to cultivate your mind and get your zen.

It includes a ton of creative practices and suggestions as well – that stretch beyond just simply sitting in meditation. This zen meditation book is funny, interesting and useful because it helps you to find a way to navigate the non-stop stresses and demands of modern life.

Let’s talk about Features and Benefits:

What’s great about this zen meditation book is-  it’s good for experienced as well as beginners (for beginners- although some of it will go over your head, however, it also has an infinite amount of little wisdom for experienced practitioners alike).

Besides, if you’re interested in diving deep into your meditation practice and would like to learn a little about the origins of the practice and where it can take you (or where you’re going), then this meditation guide is a perfect read- you can’t pass up this classic audio collection from Watts. By reading this useful book of meditation for beginners, you’ll learn about the benefits of meditation as well as the obstacles you might and probably will encounter. 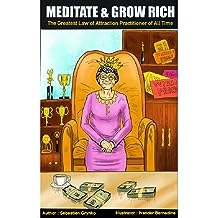 Meditate & grow rich: Helene Hadsell the Greatest Law of Attraction Practitioner of All Time: Manifest it all Apr 29, 2020
by Sebastien Grynko
$4.99
First of all, let’s get something clear. There is a reason why I “anointed” Helene the G.O.A.T (greatest of all time) when it comes to manifestation.

Helene Hadsell is obviously an outlier. Although being a LOA practitioner is not a competition, we can say that she is definitely cut from a different cloth.

I think it’s important to point out. I do not mean to discourage people who just got into this. Actually I want to use this as a beacon of hope.

The enemy of success in most endeavours, and especially when it comes to practicing this kind of thing, where the power of the mind is so important, is the frustration and the disappointment.

A lot of the law of attraction is predicated on beliefs that’s why it’s so easy to be disappointed and even deceived.

There are so many stories of people succeeding with different techniques, self discipline and a lot of them are succeeding fast. What happens then, when YOU apply the same principles and “fail”.

That’s when the frustration kicks in. Now you are thinking: “Well this is all bullshit” “It won’t happen for me” “Others have it, I don’t” and the list can go on and on, as soon as we start believing woe is me.

Everybody has a different motivational story, different karma, different mindset, different self improvement, different set of beliefs. You have to understand that even though the principles of how the mind works are simple, it can take time and effort to actually get to a place where manifestations are easy and seemingly effortless.

When the Buddha had reached enlightenment. He sat in bliss for seven days, enjoying his attainment. When he came back to “reality” he questioned himself.

He wondered if he could teach the masses. He thought to himself, those teachings are so simple yet people won’t be able to comprehend.

Brahma, a God of one of the heavenly realms, heard those thoughts and shortly after appeared in front of the Buddha. He begged him to teach the masses.

He told him : “O Holy one, some people have little dust in their eyes and they would just need a little help to see the light of truth”

The Buddha went on to preach for 45 years, to thousands of people who went on to reach enlightenment as well. So you see there is always hope but we need to act with caution and not compare where we are with where other people are. This is very important.

One thing that really sets Helene apart is her unwavering, indomitable belief in her capacity to manifest. Intellectually we can all believe that it’s possible but she believed it at very her core.

That’s why auto-suggestions, affirmations, living in the end, visualisation and other techniques can be so crucial because you are there so often, you are imprinting that on your subconscious mind.

Helene was just like this from scratch. She read the book “The power of positive thinking” by Norman Vincent Peale and then she was set.

It was the point of no return. She read in this book that you can get anything you want if you know what it is and see yourself as already having it. Those words served as a motto, true motto in her life and they should also be our M.O for us as well.
Read more 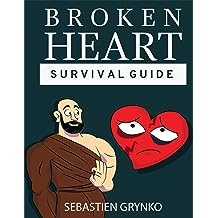 Broken heart survival guide: This is not the end. May 3, 2019
by Sebastien Grynko
$0.99
This is not the end. Find what you need in this entertaining, fun and uplifting ebook. You are not alone. Life will get better. Take it a step at a time. This guide will give you exactly what you need to "survive" a separation. Follow it. Be consistent and kind to yourself.
Read more 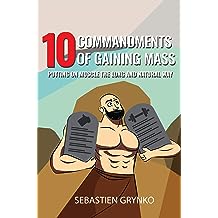 10 Commandments Of Gaining Mass Apr 5, 2019
by Sebastien Grynko
$2.99
For all of you desperate to put on some muscle. I have been there and I understand your plight. This is a direct, realistic, fun guide, born of my experience and knowledge to help you actually get the physique you so desire. You will find everything you need to start building muscle and get those gains. If you are reasonable, patient, reluctant to use steroids and willing to work hard and be consistent over a certain period of time then this book is for you. If not I recommend you be wary and cautious of those unforgiving needles.
Read more 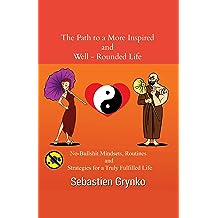 The Path to a More Inspired and Well-Rounded Life: No-bullshit mindsets, routines and strategies for a more truly fulfilled life Feb 1, 2019
by Sebastien Grynko
( 2 )
$2.99
Less is more. This short book is straight to the point. It talks about sex, nutrition, relationships, fulfilment, meditation, love, mental minimalism, fasting, gratitude and the list goes on. Everything you need to start living a more inspired life is in here and it will take only 30 minutes to read. Don’t waste time. Get it asap
Read more
Other Formats: Paperback 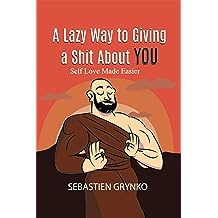 A lazy way to giving a shit about you: Self-love made easier Apr 24, 2018
by Sebastien Grynko
$0.99
This is a small humble guide to help you make a few steps in the direction of a more peaceful, happier life. It will give you stories and examples to show you that you are not the only one struggling with issues of self-love. And hopefully it will give you the inspiration and direction to love yourself more. Learn to be more caring and soothing to yourself in spite of years of conditioning that told you, love should only be directed at others.
Read more