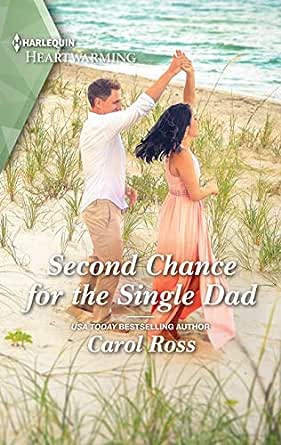 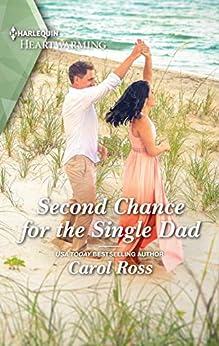 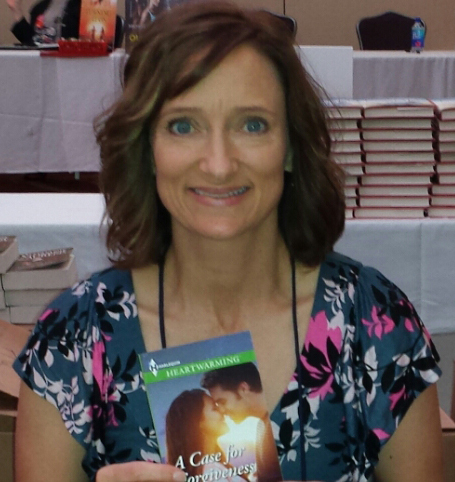 Carol Ross lives with her husband and two dogs (a perfect border collie and a perfectly loveable miscreant of a dachshund) in a small town in Washington near both the ocean and the mountains. She loves the Northwest because, when the temperamental weather cooperates, she enjoys hiking, running, skiing, and spending time outdoors. And when it doesn’t…she dons a raincoat, or gets lost in a book. She enjoys reading in many genres but writes about what she loves the most-romance.

4.3 out of 5 stars
4.3 out of 5
21 customer ratings
How does Amazon calculate star ratings?
Amazon calculates a product’s star ratings based on a machine learned model instead of a raw data average. The model takes into account factors including the age of a rating, whether the ratings are from verified purchasers, and factors that establish reviewer trustworthiness.

Marie Edwards
4.0 out of 5 stars We All Deserve A Second Chance ...
Reviewed in the United States on March 20, 2020
Format: Mass Market Paperback
Thank you in advance to the author, Carol Ross, and Prism Book Tours for providing a complimentary review copy. A positive review was not required, all words are my own.

Carol Ross is yet another new-to-me author, which seems to be the case more often than not. I am getting quite familiar with Harlequin’s Heartwarming line though.

This is the “clean, wholesome” line of the Harlequin novels and one I’m VERY fond of. This line ranks #3 with Love Inspired #2, and Love Inspired Suspense being #1. There are no sex scenes or foul language. This book also has no Christian references for those looking for a clean read without them.

This story is heart-breaking, uplifting, endearing, precious, and beautiful. I love the message that perceptions can change based on how well we know someone as well as our own experiences.

Right off I disliked Rhys McGrath. The man was insufferable. And, right off I ALMOST skipped ahead. I didn’t. I just KNEW there was something there that had to redeem him – after all, this is a “wholesome story of love, compassion, and belonging” (the standard wording for the series). In addition there was his selfless “quiet” work with “The Other Front Line”, which focused on specific tools and prosthetics for Vets. How bad can this guy be?

The more I read; I saw how the writer wrote him in a sympathetic manner and explained Rhys the more it went. It was more so how the character talked and acted that explained him.

Once I realized what his “problem” was (as the story progresses), it was easy to see how misunderstood he was. I know, anyone can say that about someone. In Rhys’ case, the reader (in this case me), has to be willing to be patient and accept him.

What exactly is his problem? Rhys is a genuine, honest person – to a fault. However, he does have a problem in interacting with others. Rhys’ honesty can be almost offensive, rude, and overbearing. Yet, there is no maliciousness in this multi-dimensional character. He also has a soft and compassionate side to him which is seen in several ways.

Camile, having had a previous encounter with him, doesn’t see it.

As luck (bad at that) would have it, they had previously crossed paths two years earlier. After a disastrous “dump and run” blind date, Camille’s view of him hasn’t changed – more so when he left her holding the check with no explanation as to what happened. And, worse? He doesn’t even remember the incident!

At first Camille becomes his “dance” teacher solely because of the money as she has a ton of part-time jobs to make ends meet. Yet, something about Rhys draws her to him. Still, she can’t shake off that moment two years earlier.

She witnesses his softer side when he takes care of her after she falls ill. That doesn’t reconcile with the first meeting and it plagues her as to what happened all those years ago. In addition, she also finds herself in major legal trouble.

Rhys wants to keep to himself, but that jeopardizes his custody case. His brother Evan, and even Evan’s wife Vanessa, wanted Rhys to get custody of Willow upon their deaths. Evan died two years ago of a stroke, Vanessa three months earlier. Vanessa’s sister won’t stand for it and sues for custody.

Despite her own misgivings about Rhys, I enjoyed Camille’s compassion for him, even defending him against unfounded rumors due to his aloofness.

In an effort to help him keep custody of his niece, Willow, Camille agrees to what his sister Anne asks – be his companion since Camille seems to be a positive force in his life. As a result, he becomes slightly more outgoing, and less off-putting.

What is interesting is that she doesn’t demand he change who he is, but softens his bluntness and brings balance. She, for lack of a better description, becomes the “better half”. At first, she does it for the money, but she soon (and genuinely) comes to care for him. Slight spoiler: she had been a psychology major who failed her thesis (watch for that little plot to come back in the story). That likely gives her insight into Rhys’ behavior.

While she is trying to help him keep Willow, he is also having a friend of hers “investigated” after the woman makes snide comments about Camille’s situation. He just feels something is off.

And, something is not only off with Camille’s friend, but Heather as well.

In this little, sweet romance, there is also a slight twinge of suspense –

Is Heather acting from a truly altruistic side? Why is Laura so snotty to her friend? And, why did Rhys blow Camille off all those years ago?

Ross ties it all together without overwhelming the reader. I will say there are “hints” as to what happened two years ago on that date.

As usual – this has the standard “happily ever after ending” which is endearing.

Ross’ realistically portrays family dynamics and dysfunction, jealousy, along with the impact of false allegations and assumptions.

I truly enjoyed this story which was definitely ‘too good to put down”.

While Rhys was introduced in the last book of the “Pacific Cove” Romance series, this book acts as a standalone. However, as the “residents” of that series are also in this book, I would recommend that the reader read those books as well.
Read more

Lenoire
1.0 out of 5 stars DNF
Reviewed in the United States on March 25, 2020
Format: Kindle Edition
Camile Wynn is a dance teacher with a recent string of bad luck. She is excited to get a new student but, becomes wary when she finds out her new student is Rhys McGrath. Rhys McGrath is a reclusive man who lives with his orphaned niece. He wants to learn how to waltz so, he can take his niece to the father and daughter dance. Camile is surprised by Rhys's generous heart because of his cold personality. When Camile finds out that he might lose custody of his niece, Camile takes matters in her own hands.

I have read a few of Carol Ross's books and have enjoyed them. Unfortunately, I wasn't a fan of this book. I am not sure if it's being in the quarantine lockdown but, I got quite frustrated reading this book. I had a hard time relating to any of the characters. I found that Rhys was cold, distant, robotic, and quite boring. I didn't like that Camile was complaining about how she wanted to do things on her own because of a falling out with her parents. She didn't want to accept help even from her sisters even though she was struggling and putting herself in danger. The idea that she spent so much time thinking that she forgot to eat, seemed ridiculous and absent-minded. I didn't like the fact that she complained that her friend had more free time because her parents paid for her bills. Camile could have more free time if she accepted help and not everyone has parents who are either generous or can afford to help their kids financially.

I found it odd that Rhys didn't notice Camile two years ago on their first date. Now, he's besotted for the first time after seeing her for two years. I felt like their relationship bloomed out of nowhere especially when he starts calling her sweetheart and she comments on how great he smells. It felt unnatural and that things were moving so quickly for a woman who didn't like him and a man who is cold to everyone. I can appreciate that the author is trying to include characters from previous novels into her book but, sometimes a scene had too many characters. It was hard trying to remember every character. I am also disappointed that the author doesn't include any people of color. I lost interest in the novel around the halfway mark. I think for the time being I am completely over heartwarming novels but, may revisit her books a few years later.
Read more
Helpful
Comment Report abuse
See all reviews from the United States