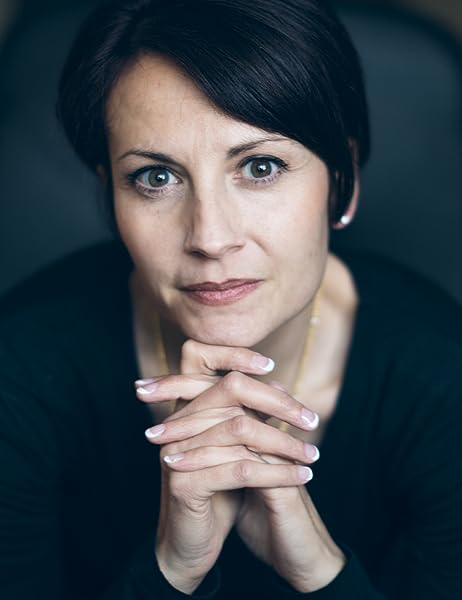 4.7 out of 5 stars
4.7 out of 5
15 customer ratings
How does Amazon calculate star ratings?
Amazon calculates a product’s star ratings based on a machine learned model instead of a raw data average. The model takes into account factors including the age of a rating, whether the ratings are from verified purchasers, and factors that establish reviewer trustworthiness.
Top Reviews

Luci
4.0 out of 5 stars Cute
Reviewed in the United States on March 22, 2020
Verified Purchase
This story of Zee and Tori is well done. As two people struggle to find where they belong in each other’s lives, they have both ups and downs. Tori struggles with her loss and the feeling of a new love. Zee struggles to give her space as he falls for her.
It is a cute story of “ firsts”.

P. Blevins
TOP 1000 REVIEWER
5.0 out of 5 stars good story
Reviewed in the United States on September 7, 2019
Second Chance: Terrance Family Romance Book 2 is by Sarah Gay. This romance takes place in Utah. It is a sweet romance with no decadent love scenes or language. It is the story of a second chance at love and fighting to keep it.
Tori was devastated by the death of her husband from cancer. Now she had to face life without him. She still had her Mother, who also was fighting, cancer; her twin sister, Gussie; her son, Ethan; and her therapy dog, Rambo. But were these enough to get her through the grief she was feeling. She would rather stay in bed and mourn than get up and do anything. Gussie, however, kept pushing her to get out and do something. They also had Annie who was doing a biography of their Mother and they had agreed to also do interviews with Annie. The trouble with this, for Tori, was that Annie had a private investigator who helped her out. Tori is attracted to him which makes her think she is being disloyal to her husband.
Zee is a millionaire who now does documentaries which don’t make a lot of money but are what he wants to do. When he sees Tori for the first time, he is enchanted. As he gets to know her, he is in awe. What can he do to make her his?

Kindle Customer
5.0 out of 5 stars A great story.
Reviewed in the United States on May 20, 2019
Sarah Gay made a great story of this book. Zee and Tori were great lead characters along with Rambo, a cute little tea cup dog belonging to Tori. Annie and Paxton get married in this book. Zee's sister Meri is introduced in this book - now I am looking forward to reading the next book
Read more
Helpful
Comment Report abuse

Kindle Customer
5.0 out of 5 stars Awesome!
Reviewed in the United States on February 10, 2020
What a amazing story that truly touches the heart, this sweet inspirational story about discovering that you can love again was definitely a joy to read. A excellent experience in reading that everyone can enjoy. This one is a keeper!
Read more
Helpful
Comment Report abuse

Sue Stinnett
5.0 out of 5 stars Fighting Second Chances
Reviewed in the United States on May 1, 2019
This is a great book with a sweet clean romance. Dealing with the death of a spouse is crushing and it's hard to move on. Sometimes that second chance can be everything you need.
Read more
One person found this helpful
Helpful
Comment Report abuse

HiDesert Granny
5.0 out of 5 stars Emotional roller coaster!
Reviewed in the United States on March 19, 2020
Loved this well written book. Delves into issues of faith, hope and love in creative, intelligent and insightful ways. The characters are engaging as they handle challenges and dreams. Really enjoyed this book.
Read more
Helpful
Comment Report abuse

Shadowell
5.0 out of 5 stars A very enjoyable, clean and moving romance.
Reviewed in the United States on January 23, 2020
This was a very emotional story for me, but I really enjoyed it. It was very well written and very captivating. It was hard to put down and I can't wait to read the next one. Good job Sarah!
Read more
Helpful
Comment Report abuse

Kenni J Fewin
5.0 out of 5 stars Loving more
Reviewed in the United States on April 7, 2020
What a great story about people who triumph over tragedy, who give themselves permission to love more, connect with each other, and be happy once again! Love Tori and Zee’s story!
Read more
Helpful
Comment Report abuse
See all reviews from the United States