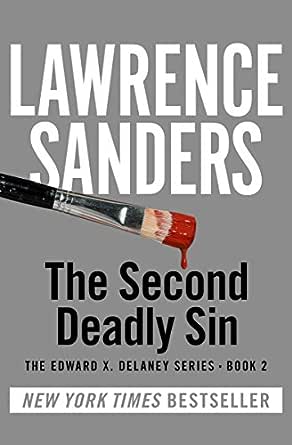 You've subscribed to The Edward X. Delaney Series! We will preorder your items within 24 hours of when they become available. When new books are released, we'll charge your default payment method for the lowest price available during the pre-order period.
Update your device or payment method, cancel individual pre-orders or your subscription at
Your Memberships & Subscriptions
There was an error. We were unable to process your subscription due to an error. Please refresh and try again. 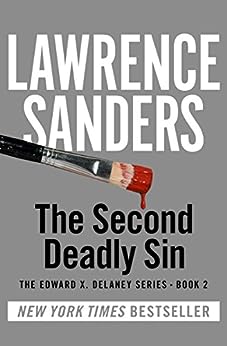 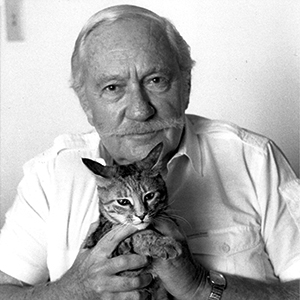 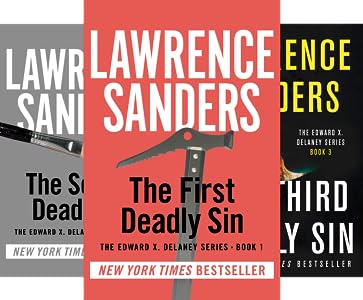 “A master of suspense.” —The Washington Post
“[Sanders’s] fiction is hard to equal.” —Associated Press

Lawrence Sanders (1920–1998) was the New York Times bestselling author of more than forty mystery and suspense novels. The Anderson Tapes, completed when he was fifty years old, received an Edgar Award from the Mystery Writers of America for best first novel. His prodigious oeuvre encompasses the Edward X. Delaney, Archy McNally, and Timothy Cone series, along with his acclaimed Commandment books. Stand-alone novels include Sullivan's Sting and Caper. Sanders remains one of America’s most popular novelists, with more than fifty million copies of his books in print.

A master of suspense. --This text refers to an alternate kindle_edition edition.
Read more

4.4 out of 5 stars
4.4 out of 5
292 global ratings
How are ratings calculated?
To calculate the overall star rating and percentage breakdown by star, we don’t use a simple average. Instead, our system considers things like how recent a review is and if the reviewer bought the item on Amazon. It also analyzes reviews to verify trustworthiness.
Top reviews

Erika in Santa Fe
2.0 out of 5 stars Amazingly sexist!
Reviewed in the United States on May 20, 2020
Verified Purchase
First, what was good about this novel. Good police procedural, intricate, complex clues throughout. Police were interesting, well-described characters. Would have been 4 stars for plot, writing and police characters. Now the bad. I wanted to scream in rage at the descriptions of every single woman character in this book. Should have taken off 4 stars for amazing sexist, racist, classist text throughout. ALL women characters were disgusting in a wide variety of ways (other than Chief Edward X. Delaney’s wife, who was a mild-mannered, good cook who did nothing but feed and please her husband. e.g. not a human with a mind or personality). ALL the other women characters were greedy, manipulative, either disgustingly fat or skinny and sharp, dumb and useless. Two women were beautiful, but also lesbians plus drug addicts/alcoholics. The author, Lawrence Sanders, makes these horrific attitudes towards women seem so normal - because they were normal ... and not very long ago.
If you want to capture just how men saw and felt about women in 1977, read this book - you’ll want to put all men who feel this way into a wood shredder. Alive. I can’t believe 1977 was only 43 years ago. My heavens; what we’ve been putting up with all these decades. No wonder there’s such rage in women.
Read more
17 people found this helpful
Helpful
Report abuse

Kindle Customer
4.0 out of 5 stars Solid book.
Reviewed in the United States on August 31, 2019
Verified Purchase
A good, solid story. Not quite as good as the first deadly sin novel, but still a great read.
Retired chief of detectives Edward X. Delaney is handed a cold case to solve concerning a murdered artist. He selves into the art world and art selling. He and detective sgt. Boone question a long list of strange characters for a motive for murder.
No major twists or surprises, just a solid mystery. Well worth the money and time to read.
Read more
6 people found this helpful
Helpful
Report abuse

J. A. L
VINE VOICE
2.0 out of 5 stars Filled with unnecessary minutiae
Reviewed in the United States on May 19, 2020
Verified Purchase
This book is a perfect example of why I prefer mystery short stories. The plot is excessively covered with details of the characters lives, what they take in their coffee, what kind of sandwiches one made, details of walking through the city, etc. I grew up in NYC 50 years ago so the latter stuff was somewhat interesting, but not for long. Oh yes the hero wears a Homburg. Really? No one has worn a Homburg since the 50s. I skimmed a lot and it really disappoints me to have to do so.

Paul B
5.0 out of 5 stars The Second Time Around
Reviewed in the United States on November 4, 2020
Verified Purchase
I read all four of the Deadly Sin books when they were first written in the 70’s and 80’s. Since they were offered on Amazon’s Kindle I though I’d read them again since I couldn’t remember them due to the passage of time.
I did remember some of The First Deadly Sin while reading it but it was just as enjoyable as the original reading. I’ve also re- read The Second Deadly Sin and The Fourth Deadly Sin. I didn’t remember these books at all so it was like reading them for the first time - both excellent. I have, and am looking forward to reading The Third Deadly Sin soo.
Kind of fun to read books written back when prices were much lower, no cell phones, no computers, no Uber etc.
I highly recommend the Edward X Delaney series.
Read more
One person found this helpful
Helpful
Report abuse

Kronbach
2.0 out of 5 stars Dated
Reviewed in the United States on March 13, 2020
Verified Purchase
Dated and a lot of the slang was incomprehensible. It was the names, however, that made me uneasy. Maybe I’m reading too much into it, but Geltman? Broniff? Simon and Brewster? I dunno...
Read more
5 people found this helpful
Helpful
Report abuse

ACE G MAN
4.0 out of 5 stars A GOOD WHO DONE IT.
Reviewed in the United States on October 5, 2020
Verified Purchase
Mr. Sander writes a great story. Interesting investigative procedures that don't always follow the rules. All in all a good read.
A note directly for Lawrence Sanders: If you are going to write about guns, learn something about them. Except for a few one off examples revolvers do not have a safety to "click off"-----Robert Ludlum could never get his firearms straight at all but it didn't stop him from selling millions.
Read more
Helpful
Report abuse

Customer Cathy
5.0 out of 5 stars Great Mystery
Reviewed in the United States on June 24, 2018
Verified Purchase
Edward X. Delaney, an ex police office, teams up with an officer from the force to find out who killed an artist. This is an old case that someone wanted solved. This is a tricky case with agent, friends, family, and models all as suspects. No one has an alibi and there are no clues and everyone has a bad memories. I like the old time ways Delaney works this difficult case.
Read more
Helpful
Report abuse

Midnight Caller
5.0 out of 5 stars Excellent
Reviewed in the United Kingdom on May 14, 2015
Verified Purchase
I first read this book in the early 80's and remember enjoying it then, so when I saw the series of 1st, 2nd, 3rd and 4th Deadly Sins available through Amazon for the Kindle I jumped at the chance to buy them. This one, the 2nd Deadly Sin, was excellent. The story was built up well and then proceeded through the investigation by Chief Edward X. Delaney before he identified who the murderer of the artist was and finally set him up. I already have the 3rd Deadly Sin Loaded on my Kindle, so that will be the book I read next!
Read more
Report abuse

Paula R C
4.0 out of 5 stars A Great Read
Reviewed in the United Kingdom on June 23, 2020
Verified Purchase
I enjoyed this book. Hooked from the start. Believable characters with a natural flow to the story tell. I look forward to reading more stories by the same author.
Read more
Report abuse

Sam Goumal
5.0 out of 5 stars You dive straight in
Reviewed in the United Kingdom on July 12, 2020
Verified Purchase
Perfect!!
Read more
Report abuse

Amazon Customer
5.0 out of 5 stars Stupendous
Reviewed in India on February 15, 2019
Verified Purchase
Unputdownable. Sanders has created a admirable character in Delaney...He is everything McNally ain't but equal to any crime......I am gonna order the 3rd deadly sin today...
Read more
Report abuse