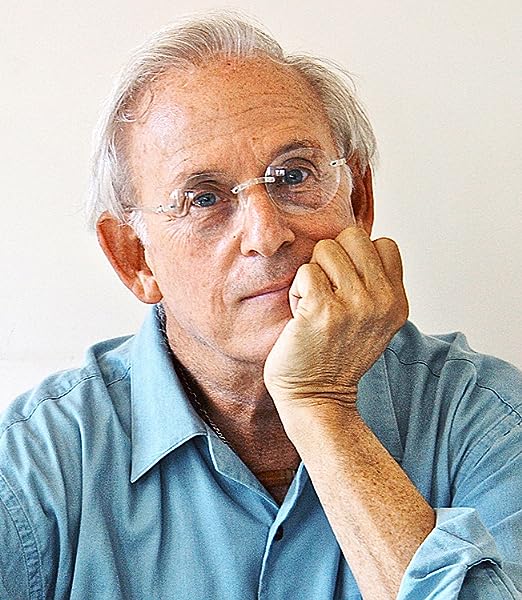 by Charles Salzberg (Author)
4.8 out of 5 stars 61 ratings
See all formats and editions Hide other formats and editions
Read more Read less
Inspire a love of reading with Prime Book Box for Kids
Discover delightful children's books with Prime Book Box, a subscription that delivers new books every 1, 2, or 3 months — new customers receive 15% off your first box. Learn more.
click to open popover

Charles Salzberg is a former magazine journalist who has now turned to a life of crime. His first novel, Swann’s Last Song, was nominated for a Shamus Award, and there are three others in the series: Swann Dives In, Swann’s Lake of Despair, which was nominated for two Silver Falchions, and was a Finalist for the Beverly Hills Book Award and the Indie Excellence Award, and Swann’s Way Out. His novel, Devil in the Hole, was named one of the best crime novels of 2013 by Suspense Magazine, and his novella, “Twist of Fate,” was included in Triple Shot, a collection of three noir crime novellas. He is the author of more than twenty non-fiction books, including From Set Shot to Slam Dunk, an oral history of the NBA, and Soupy Sez: My Zany Life and Times, with Soupy Sales. He has taught magazine journalist at the S.I. Newhouse School of Public Communications at Syracuse University, and he teaches writing at the New York Writers Workshop, where he is a Founding Member.

Start reading Second Story Man on your Kindle in under a minute.

4.8 out of 5 stars
4.8 out of 5
61 global ratings
How are ratings calculated?
To calculate the overall star rating and percentage breakdown by star, we don’t use a simple average. Instead, our system considers things like how recent a review is and if the reviewer bought the item on Amazon. It also analyzes reviews to verify trustworthiness.

Elliot Ravetz
5.0 out of 5 stars A gripping cat and mouse game played by a master burglar and two driven cops
Reviewed in the United States on March 29, 2018
Verified Purchase
“Second Story Man” is another terrific novel from Charles Salzberg, who has developed a devoted following and critical praise for his four Swann novels, featuring his irresistible P.I., Henry Swann, and for his dazzling polyphonic true crime-based novel, “Devil in the Hole.”

“Second Story Man” is a different kind of page-turner. It’s a gripping and gritty game of cat-and-mouse being played by three vividly drawn characters: a master cat burglar, who seems almost pleased that he’s being pursued because it offers him (a pathological narcissist) the opportunity to demonstrate his superior intelligence and skill, as he almost boastfully continues his work in affluent communities, and two (very different and appealing) cops working together for whom the case is personal, and who are determined to bring him down. Salzberg has ingeniously chosen to tell the story in alternating chapters, with each chapter narrated in the distinctive voice of one of his three principals. This approach simultaneously broadens our perspective and draws us more deeply into the complicated minds of his three driven characters.

Leslie W.
5.0 out of 5 stars A Page-Turner with Memorable Characters
Reviewed in the United States on April 11, 2018
Verified Purchase
Charles Salzberg is a master at creating fast-paced stories combined with intriguing characters who live and breathe on the page. In Second Story Man, we get inside the mind of “the Muhammad Ali of the criminal world” – Francis Hoyt, a burglar whose genius at entering the second floor of homes while the inhabitants are relaxing downstairs has put him high on the police wanted list. Enter Manny, a Miami detective who’s determined to stop Francis no matter what -- and Charlie, a retired cop who grudgingly agrees to help with one more case -- and you’ve got a recipe for a page-turner whose pace never lets up. If you like wry, gritty cops and robbers with crackling dialogue in the vein of Richard Price’s crime novels, you’ll love Second Story Man.
Read more
One person found this helpful
Helpful
Comment Report abuse

DEAN GORDON
5.0 out of 5 stars Treat Yourself To This Book
Reviewed in the United States on August 10, 2018
Verified Purchase
Three distinct voices. One story…or 3, depending on how you want to see it, because each narrator has such a different perspective on events.
Salzberg has concocted a wonderful book that is perfect summer reading. When I say “summer reading,” that is not to say that it lacks weight or substance—it merely means that it reads so smoothly and effortlessly, it’s something to treat yourself to on a beach or while relaxing. But you’ll find yourself totally immersed in the story’s action.

The plot moves quickly and what at first almost seems like a good-natured cat-and-mouse game has enough twists and turns that it’ll catch you up short along the way.

The voices are distinct—I easily cast the movie in my head as I was reading it—and the multiple first person style is a perfect vehicle to show the shifting perspectives.

Treat yourself to this book—you’ll be happy you did.

Mary P. Karnes
5.0 out of 5 stars Don't Miss Out On This Great Read!
Reviewed in the United States on June 5, 2018
Verified Purchase
I've long been a fan of Charles Salzberg's, Swann Detective Series. I wait in great anticipation for each new installment. I didn't think I could like Salzberg's work more. I was wrong. "Second Story Man" is my new favorite of Salzburg's. It's fast paced, exciting, filled with twists and turns. I particularly like how he tells his story from three alternating viewpoints - from the cat burglar, and the two law enforcement officers trying to apprehend him. It makes for a "can't put down read". I would tell myself, 'I'll just finish this chapter and stop', but couldn't. Please start this book in the morning, because if you begin in the evening, you'll loose a night's sleep. I only wish I could give this book more than 5 stars.
Read more
One person found this helpful
Helpful
Comment Report abuse

Sharon Gurwitz
5.0 out of 5 stars Plot, Characters, Writing -- This Book Has It All
Reviewed in the United States on April 30, 2018
Verified Purchase
"Second Story Man" has it all -- a plot that made me want to keep reading, compelling characters, and terrific writing. Each chapter is written from the point of view of one of the three main characters--two detectives (Charlie Floyd and Manny Perez) and the criminal they're out to get (Francis Hoyt). Each voice is distinct and engaging. It's especially fun to hear about the same event from different perspectives. I hope Charles Salzberg will come up with more cases for Floyd and Perez to work on together, since they're too great a team to disband after this one book.
Read more
One person found this helpful
Helpful
Comment Report abuse

Dagmar
5.0 out of 5 stars A fascinating chess game
Reviewed in the United States on May 27, 2018
Verified Purchase
Once Salzberg has introduced you to the three main characters - master thief Francis Hoyt, retired cop Charlie Floyd and his colleague, the Cuban-American Manny Perez, he leads you deeper and deeper into the psyche of each one of them as they pursue one another as in a fascinating chess game. Salzburg has done thorough research, and I learned more than I ever thought I would about policing, criminal investigation, and especially about high end burglary. I'm usually not a big fan of crime novels but this one is a terrific read..
Read more
One person found this helpful
Helpful
Comment Report abuse

Kindle Customer
5.0 out of 5 stars Get inside three minds, of the hunted (two cops) and the hunted.
Reviewed in the United States on June 18, 2018
Verified Purchase
Charles Salzberg is a master craftsmen. I admire his writing style like crazy. What blows me away even more, however, is how he takes a reader inside the mind of a bad guy and keeps you there until Wham! You not only understand the crook but even have a smidgen of sympathy for his criminal bent. Second Story Man is a fascinating tale well told.
Read more
One person found this helpful
Helpful
Comment Report abuse
See all reviews