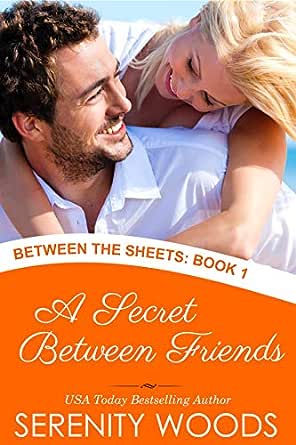 You've subscribed to Between the Sheets! We will preorder your items within 24 hours of when they become available. When new books are released, we'll charge your default payment method for the lowest price available during the pre-order period.
Update your device or payment method, cancel individual pre-orders or your subscription at
Your Memberships & Subscriptions
There was an error. We were unable to process your subscription due to an error. Please refresh and try again. 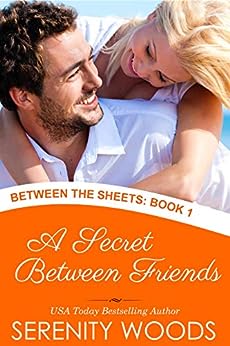 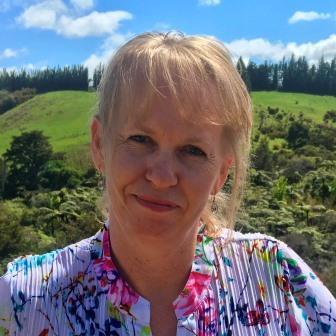 A Secret Between Friends (Between the Sheets Book 1) Kindle Edition 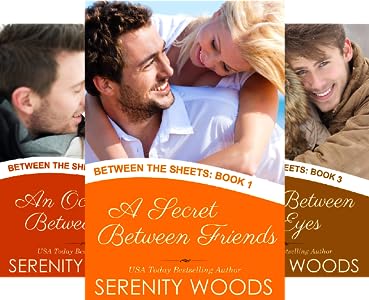 5 stars and a Top Pick from Night Owl Reviews

"I felt the author did a wonderful job writing the story and she made the characters very real for me. I'm new to this author and her writing and I will definitely continue reading more books written by her in the future. Don't pass this one up!"

Niall couldn't bring himself to smile. "Why were you and Danny winding me up?"

"I thought that was what we all did to each other."

Not now, he thought. Maybe a long time ago, he'd thought of her like a sister. But no longer.

A frown flickered across her brow again. "Why are you so angry with me?"

"I don't want you to see anyone else," he said.

He waited for the outburst. For her cry of indignation. For her to yell, Who the hell do you think you are?

It didn't come. Instead, her lips curved a very tiny bit, and her eyes shone in the moonlight.

He held her gaze for a while. Then they both turned back to the view and sipped their coffee.

He couldn't think what to say. He felt confused, hopeful, and frustrated, all at the same time.

After a few minutes of silence, she put down her glass and limped off to the laundry room.

He waited a moment, then put down his glass and followed her.

When he reached the doorway, he leaned on the jamb and watched her, hands in his pockets. She was folding up some washing she'd done earlier, placing tops on hangers and laying jeans over the clothes stand.

She glanced up at him, then back at the washing. What was she thinking? She'd expressed no resentment at his demand, and he couldn't understand why. Hadn't it irritated her? She'd always been fiercely independent, disliking any guy who tried to make demands on her. But the only word to leave her mouth had been Okay. Why had she said that?

His gaze slid down her, noting the curve of her waist and hips, the swell of her breasts as she leaned over the machine to reach the basket. The pale skin of her neck and behind her ear. How pink her lips were, and her beautiful Cupid's bow.

She didn't look up again, but twin spots of red touched her cheekbones. He tilted his head to look at them, and the color intensified.

A smile touched his lips.

He pushed off the doorjamb and walked into the room. Took the washing from her hands and threw it into the basket.

Her lips parted, but she didn't object, her breathing coming quickly as he turned her to face him.

Bending a little, he caught the bottom of her dress in his hands and lifted it. Wordlessly, she raised her arms so he could pull the dress up over her head, and he dropped it to the floor.

Serenity lives in the sub-tropical Northland of New Zealand with her wonderful husband and gorgeous teenage son. She writes hot and sultry contemporary romance. She loves writing, reading, gaming, chocolate and sauvignon, and she would much rather immerse herself in reading or writing romance than do the dusting and ironing, which is why it's not a great idea to pop round if you have any allergies. You can check out her books at http://www.serenitywoodsromance.com. --This text refers to an out of print or unavailable edition of this title.
Read more