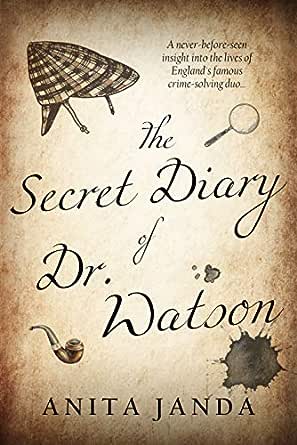 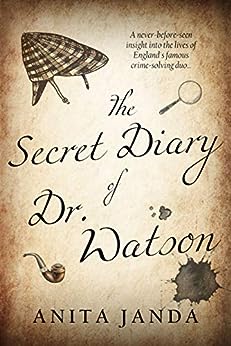 In this episodic first novel, purportedly derived from Dr. Watson's diary, Janda provides a mildly diverting revisionist view of the early years of the good doctor's association with Sherlock Holmes. Unfortunately, the author's survey approach generates little tension or drama. Taking center stage, Watson details such unknown and less than exciting matters as his relations with his publishers and with his wife, the former Mary Morstan. One of the more amusing revelations concerns Mary's doomed matchmaking efforts on behalf of Holmes, who turns out to have been even more of a misogynist than the canonical adventures suggest. In "A Scandal in Bohemia" Watson apparently invented the business about the detective's attraction to Irene Adler purely to add to the story's appeal. A not particularly likable Holmes remains a shadowy figure, glimpsed mainly through retellings of familiar tales. A lengthy paraphrase of The Hound of the Baskervilles varies in no significant way from the original, while the true story behind Professor Moriarty and the struggle above the Reichenbach Falls is scarcely more interesting. A light, rambling narrative takes a decidedly darker turn when we learn of Mary's sad fate and of Watson's real feelings about his friend's unexpected resurrection. These late developments might have been more affecting had we come to care more about Janda's self-centered Watson, whose great failing, in contrast to Conan Doyle's Watson, is his inability to tell a gripping yarn. (Aug. 1) Forecast: Elementary. Only Holmes pastiche completists will pick up this one.
Copyright 2001 Reed Business Information, Inc. --This text refers to an out of print or unavailable edition of this title.

1. "The Secret Diary of Dr Watson" starts the way most Sherlock Holmes stories start: with a potential client, in this case Hermia Marie Cathcart, asking for help. When did it first occur to you that the narrative flow here might not follow the usual Holmes formula? What was your first clue?

2. We soon find out that Watson has been in a state of high frustration, ever since the novel opened. What does Watson want? Why is he keeping a diary? Why is it a secret diary? Does his relationship to his diary change over the course of the novel? If so, how?

3. Watson asks himself many questions in his diary, some of which we might try to answer for ourselves. Why, for example, do you think Lord St Simon immediately suspected his bride of deserting him while Mary Sutherland had no such suspicion of her fiancé, Hosmer Angel? Does this difference help in any way to explain Watson's later failure to suspect Holmes?

4. Watson is hopeful that Mary Sutherland will take what happiness Life offers her, i.e., will accept young Stamford, whom Watson would probably describe as "sincerely attached" to her. Why is he not equally hopeful that Holmes will settle down? Does this reflect a double standard on Watson's part?

5. Why is Mary Watson not content to "make one man (her husband, John) perfectly happy"? What did you think of her matchmaking campaign, the candidates she presents? Does she do well by Holmes, or not? When does she stop her matchmaking?

6. Does Watson go too far, over the matter of Irene Adler? Why does Holmes agree to it?

8. Why do you think Watson takes an empty gun with him to the empty house?

9. Does Watson deserve his fate? Is it true that he "should have known"? Holmes seems to see this as a true failure on Watson's part. Do you agree? Why do you think Holmes sees it this way?

11. Why do you suppose Holmes retires to the Sussex Downs, to keep bees, just as Watson takes up his pen again, to tell the story of "The Empty House"?

12. Many people have read at least some of Sir Arthur Conan Doyle's original adventures of Sherlock Holmes. Does Holmes behave the same way here as he does there? Does Watson? What makes this novel a new story? Having read this novel, do you have the urge to read (or re-read) any of the original adventures? Which ones?

13. "The Secret Diary of Dr Watson" is a diary novel, with a male narrator and a female author. Did this bother you? Were there places in the novel where Watson suddenly sounded like a woman? Were there particular places that reinforced the maleness of the narrator? If so, what were they? Can you think of any other novels where the narrator and the author are of different genders? Were they successful? How difficult do you think this is to do?

15. If you could have Holmes or Watson (but not both) as a friend, which one would you choose? Why? --This text refers to an out of print or unavailable edition of this title.

Anita Janda lives and works outside New York City. She is a graduate of Queens College, where she gained her PhD in Linguistics. --This text refers to an out of print or unavailable edition of this title.
Read more