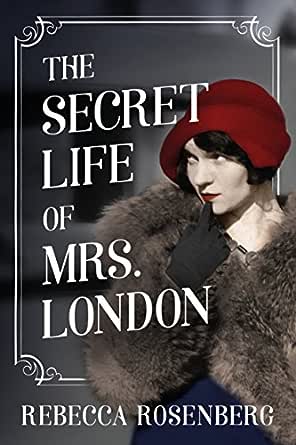 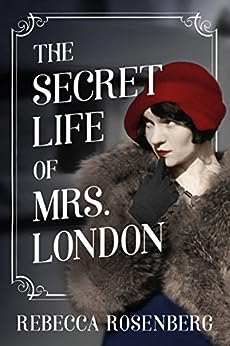 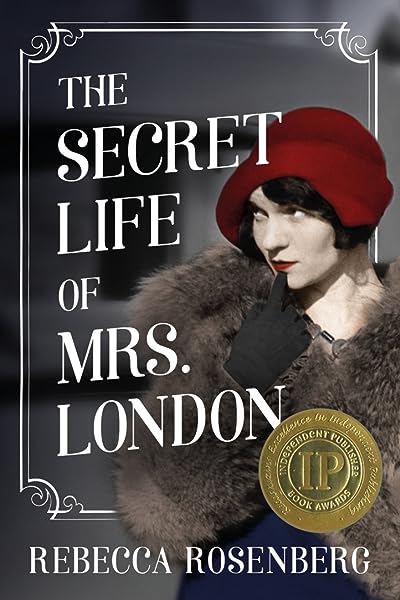 The Secret Life of Mrs. London: A Novel Kindle Edition

“An impressively original and exceptionally well-crafted novel by an author who is a master of character- and narrative-driven storytelling, Rebecca Rosenberg’s The Secret Life of Mrs. London is an inherently riveting and thoroughly reader-engaging story from beginning to end and feature[es] many an unexpected plot twist and turn.” —Midwest Book Review

“Interesting, and based on the actual lives of the participants…Learning more about Jack London was enjoyable, as well as seeing early feminist examples.” —Historical Novel Society

“…Rosenberg paints an immensely intriguing portrait of a marriage and tells it in an accomplished lyrical prose that captures each moment with poetic intensity.” —Prairies Book Review

“Women of all ages and historical fiction fans will love this book.” —Online Book Club

“The Secret Life of Mrs. London is a riveting behind-the-scenes look at the marriage of Jack and Charmian London, both fascinating and complicated characters with rich inner lives that Rosenberg conveys in crisp yet poetic prose. This contemporary historical fiction raises questions that are still relevant today about what makes a good marriage, and whether creativity and stability are incompatible. A rich, resonant, deeply satisfying novel sure to delight and leave readers thinking long after they put it down.” —Malena Watrous, author of If You Follow Me and Sparked!, and director of the Stanford Continuing Studies Program in Novel Writing

“The Secret Life of Mrs. London is a heart-wrenching portrait of a marriage between two people who utterly depend on one another, but ultimately aren’t enough for each other. With skillful precision of language, Rosenberg weaves a narrative that defines the complexities of love, passion, and art. This is a perceptive, deeply moving novel by a great new talent about a couple who has gone unnoticed in historical fiction until now. Anyone who has ever loved another person will want to read this book.” —Victoria Kelly, author of Mrs. Houdini: A Novel

“One of Houdini’s best kept secrets was his affair with Charmian London in 1918. Now Rebecca Rosenberg tells the story using an elegant blend of fact and fiction, creating a Houdini book like no other. The Secret Life of Mrs. London is a true peek behind the curtain and a page-turner.” —John Cox, Wild about Harry

California native Rebecca Rosenberg lives on a lavender farm with her family in Sonoma, the Valley of the Moon, where she and her husband own and operate the largest lavender-product company in America. A longtime student of Jack London’s work and an avid fan of his daring wife, Charmian, Rosenberg is a graduate of the Stanford Writing Certificate Program. The Secret Life of Mrs. London is her first novel.