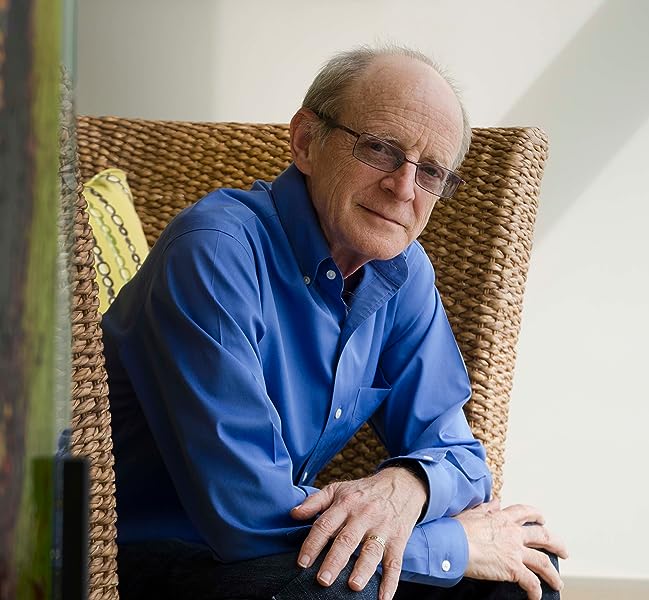 The Secret Life of Pronouns: What Our Words Say About Us Paperback – January 15, 2013

“Penetrating ... lively and accessible ... Paying closer attention to function words [Pennebaker] advises, can help us understand the social relations that those words reflect. Unfortunately, we might not be able to pay proper attention until we're all equipped with automatic word counters. Until that day, we have Pennebaker as an indefatigable guide to the little words that he boldly calls 'keys to the soul.'” ―New York Times Book Review

“Anyone who reads his book will become much more conscious about how he or she uses words when talking to friends, when talking to the public, or when writing for the public ... Pennebaker's new book is fascinating and fun” ―Austin American Statesman

James W. Pennebaker is the Regents Centennial Chair of Psychology and the Executive Director of Project 2021, a program to change the way the University of Texas thinks about and delivers undergraduate education. He and his students are exploring the links between emotional experiences, natural language, and physical and mental health. His most recent research focuses on how everyday language reflects basic social and personality processes. Author or editor of 9 books and over 250 articles, Pennebaker has received numerous awards and honors.

Start reading The Secret Life of Pronouns: What Our Words Say About Us on your Kindle in under a minute.

4.4 out of 5 stars
4.4 out of 5
185 global ratings
How are ratings calculated?
To calculate the overall star rating and percentage breakdown by star, we don’t use a simple average. Instead, our system considers things like how recent a review is and if the reviewer bought the item on Amazon. It also analyzes reviews to verify trustworthiness.
Top reviews

My only problem is that these discoveries do not seem all that applicable for someone who wants to use just their eyes. When I bought the book, I guess I kind of expected to be able to skim over documents and effectively be able to pick out elements of an individual's personality. But as I read the book, I learned that they effectively use a computer program to do it. Maybe they use the computer program in order to quickly discern patterns in word choice that can be useful, but that doesn't seem to require a personal skill. It does not seem that you would have to know much about the subject in order to use the program and get results. So it felt a little pointless to be reading the book. The other thing is that it really is based on statistics. This was not quite enough to convince me that the language used provides a window into the soul, at most a very fogged up window. I also thought that some of the studies and evidence he gave could have been improved. If I understood correctly, there was a part in which he compared the works of maybe only 20 or so playwrights? I would expect that number to be well over 100, at least, in order to really show something.

All of that said, the great thing about this book is Pennebaker's passion for his work. He throws in very natural sounding humor that made me want to learn more from him. Even though I was not fully able to understand the information he presented, his style seemed to make clear to me that, while he believes in the idea of his book, the studies really are still a work in progress. If you are looking for a different way to understand people, this book may not be the best choice; however, it does provide insight into a relatively new idea, and his presentation of it is quite interesting :)

John M. Ford
5.0 out of 5 stars It's the Little Words That Count
Reviewed in the United States on August 31, 2011
Verified Purchase
James Pennebaker studies words. Originally interested in the beneficial effect of writing about personal trauma, he and his students developed software to analyze this writing. Their investigation soon expanded to include spoken conversations, emails, political speeches, and other language samples. They discovered that much can be learned from the short "stealth words" that we barely notice, but that make up more than half of our speech. "Pronouns (such as I, you, we, and they), articles (a, an, the), prepositions (e.g., to, for, over), and other stealth words broadcast the kind of people we are."

Pennebaker summarizes his trauma research, noting that "people who benefit from writing express more optimism, acknowledge negative events, are constructing a meaningful story of their experience, and have the ability to change perspective as they write." Searching for reliable linguistic indicators of these processes identified writing style rather than more substantive content words. The resulting LIWC software works well regardless of a text's content.

Using both research findings and representative everyday examples, Pennebaker reviews what he has learned. Topics addressed include gender, status and social class, personality, leadership style, deception, interpersonal attraction, and group solidarity. The author not only presents conclusions from his own research, but links to supporting findings using non-linguistic methods. Specific findings include:

- LIWC correctly identifies an author's gender 72% of the time using writing style. This increases to 76% when content words are included. (Human guesses range from 55 to 65%.)

- On detecting depression: "Sadness generally causes people to focus inwardly. Pronouns tend to track people's focus of attention, and when in great emotional or physical pain, they tend to use I-words at high rates. Sadness, unlike most other emotions, is associated with looking back into the past and into the future. In other words, people tend to use past- and future-tense verbs more when they are sad or depressed compared to other strong emotions."

- "No system has ever been shown to reliably catch liars at rates higher than 65 percent. And even those with hit rates in that neighborhood (including me) have done so in highly controlled and artificial circumstances."

- "Linguistic style matching" across nine categories of function words occurs within the first 15 to 30 seconds of an attentive conversation. It is generally beyond conscious awareness. LSM profiles can predict a number of things better than chance, including whether a "speed dating" couple will pursue a further relationship after their initial four-minute discussion.

Pennebaker clearly wants to share, not just his insights, but the methods used to achieve them. Much of his research was done collaboratively, not just with students and fellow researchers, but with public figures, professionals in other fields, and anyone else with interesting documents. Readers are pointed to web sites that let them experiment with Pennebaker's techniques and a version of his LIWC software is available for more in-depth investigations. An appendix includes "A Handy Guide for Spotting and Interpreting Function Words in the Wild."

This book is an accessible summary of James Pennebaker's work with helpful citations of similar research by others. It serves as a guide to more technical discussions of text analysis through an extensive Bibliography and References section--and pointers to downloadable research reports from the author's web site. Interested readers might also enjoy Roderick Hart's

Campaign Talk  or one of the other related books the author mentions.
Read more
131 people found this helpful
Helpful
Comment Report abuse

Zuff
5.0 out of 5 stars Lotts of interesting findings, but not a practical guide.
Reviewed in the United States on February 22, 2018
Verified Purchase
A good book about the way people use pronouns and other non-content words, and what can we learn about them provided that we have the right computer program and enough data to analyze.
I mention this to warn the potential reader, that while this book offers many interesting facts, you will not become considerably better at this field after reading it.
Read more
2 people found this helpful
Helpful
Comment Report abuse

Susan Woodward
5.0 out of 5 stars Science Writing at its Best
Reviewed in the United States on October 12, 2011
Verified Purchase
Provoked by the reviews in the WSJ and NYTs, I bought this book while I was away. It was there when I got home and disrupted my readjustment to local time by keeping me up late.

The writing is clear and lively. There are appealing little eruptions of playfulness. The story is put together from lots of research findings from the author and his buddies and probably some enemies. Here's a tiny sample of riveting facts you will learn:

If you ask people to fill out a survey, they use more "I" words (I, me, mine) if you put a mirror in front of them. 2. People believe that women talk more than men. Not true, the numbers say we all talk the same amount, but women use 12% more pronouns. 3. Shakespeare's characters, including the women, all talk like men. Woody Allen's all talk like women. 4. Writing about emotional topics improves the physical and emotional health of those who do it.

Even the notes at the end are worth reading. Only here do you learn that defendants who use "I" a lot are more likely to be innocent, but "me" is used more by the truly guilty, and get suggestions for further reading like "The Psychology of Secrets" and "Strangers in a Strange Lab" (argh, but yes I will buy it).

It must be thrilling to be a Pennebaker student or colleague. He is so engaging, he loves them so much.
Read more
123 people found this helpful
Helpful
Comment Report abuse
See all reviews

Fergus McClelland
5.0 out of 5 stars Fascinating
Reviewed in the United Kingdom on July 19, 2020
Verified Purchase
If you love words you will love this.
Read more
One person found this helpful
Report abuse

mattiasostmar
5.0 out of 5 stars Popular science at it's best!
Reviewed in the United Kingdom on November 9, 2017
Verified Purchase
A very accessible and practically oriented introduction and overview over the many years of research by James Pennebaker and his team.
Read more
Report abuse

Sean M
5.0 out of 5 stars Amazing insights
Reviewed in Germany on March 2, 2019
Verified Purchase
James Pennebaker is among the worlds foremost experts in computional linguistics and his tool, LIWC, a gold standard for hundreds of research publications. This book provides many insights and anecdotes from that research in a readable and entertaining format.
Read more
Report abuse

Jeff Mackey
4.0 out of 5 stars Thought Provoking
Reviewed in Canada on July 10, 2018
Verified Purchase
Great book with solid rationale behind most positions taken. It can take a bit of a leap and risks oversimplification in some areas in my isolated opinion. Regardless of that, it's well worth a read and will have you second guessing your own syntax going forward.
Read more
Report abuse