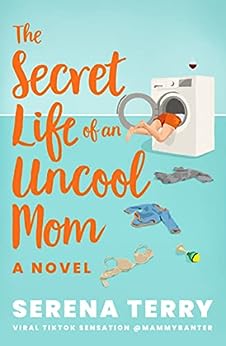 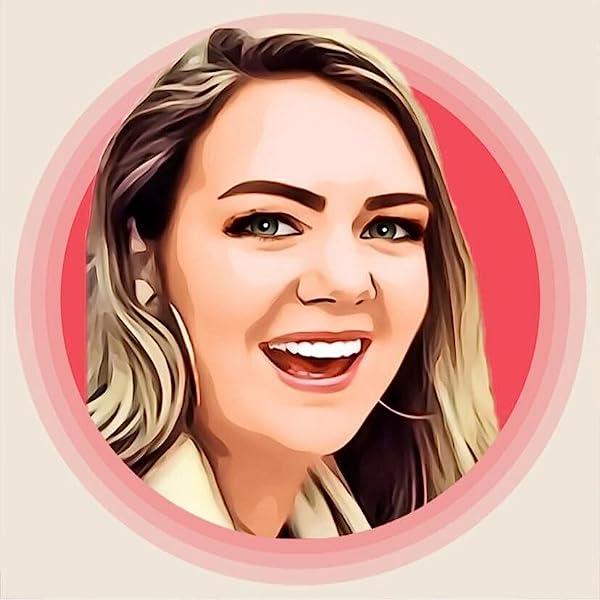 The Secret Life of an Uncool Mom: TikTok made me buy it! The most funny debut novel about motherhood you’ll read this year Kindle Edition

by Serena Terry (Author) Format: Kindle Edition
See all formats and editions
Sorry, there was a problem loading this page. Try again.

From the creator of viral Tiktok sensation, Mammy Banter, comes a hilarious warts-and-all novel about modern motherhood – and how having it all sometimes isn’t what you think it might be.

She used to want it all.
Now she just wants a nap.

Tara Gallagher is knackered. She used to dream of being Beyoncé but suddenly she’s thirty-six – with three kids, a loving husband, a very boring job – and instead of headlining Coachella, she’s in her pyjamas on a Friday night, watching cheesy TV.

But most of all, she’s going to prove to herself that she can still be a mom, still work full time, and still be Beyoncé…

‘Honest and laugh-out-loud funny’ Woman’s Own

Serena’s down-to-earth, ‘tell it like it is’ realness has resonated with fans around the world. She has well over 1.6 million followers across TikTok, Instagram and Facebook, with more than 20 million views across all platforms.

She lives in Derry with her husband and two kids.

TikTok made me buy it! The most funny debut novel about motherhood you’ll read this year

Serena’s down-to-earth, ‘tell it like it is’ realness has resonated with fans around the world. She now has over 650,000 followers on TikTok, 135,000 on Instagram and 100k on Facebook, with more than 20 million views across all platforms.

She lives in Derry with her husband (@daddy_banter) and two kids. She’d love a nap, too.

Marshel1969
5.0 out of 5 stars Someone call Beyonce!!!
Reviewed in the United States 🇺🇸 on November 11, 2022
Verified Purchase
This book was a true MomCom with attitude and severe embarrassing moments. Tara, the mom of 3 very different children from 13 to 2 years old *who owned this story* was struggling of who was she after she keeps embarrassing her newly turn 13 hormonal tween. Tara and Paul, father took a backseat to the kids a few times with their dialogue and antics being kids.

Tara came full circle with her 36 year old life crisis searching for her old "inner-Beyonce again. This was a winner with great characters and enough runaway stories to have you speeding and laughing to the end.

I usually give trigger warning; if you hate a full belly laugh skip this one!!!
Read more
One person found this helpful
Helpful
Report abuse

Susie
5.0 out of 5 stars Quick, Fun read!
Reviewed in the United States 🇺🇸 on November 30, 2022
Verified Purchase
This was such a great, quick read. If your looking for a quick read while on holiday, then this is it.
Read more
One person found this helpful
Helpful
Report abuse

Jessica Ray
5.0 out of 5 stars Amazing
Reviewed in the United States 🇺🇸 on August 26, 2022
Verified Purchase
Couldn't put it down. This was such a funny book. I literally devoured it in like 2 days. It just made me laugh and smile so much.
Read more
One person found this helpful
Helpful
Report abuse

Tricia
5.0 out of 5 stars SO funny, so Irish, love that Serena reads it herself!
Reviewed in the United States 🇺🇸 on September 19, 2022
Was peeing myself laughing (not literally, thank goodness, although that is definitely within the realm of possibility these days) as I drove my family to our vacation this summer. My mother in law is from Derry, and Serena's voice and accent are such an awesome added touch to her writing in the audiobook. Still working on finishing the novel (likely in its print form). But very much enjoying so far!
Read more
Helpful
Report abuse

J.K
3.0 out of 5 stars Decent
Reviewed in the United States 🇺🇸 on October 11, 2022
Tara thinks she needs to up her game to impress her 13 year old daughter, Gemma, who is continually embarrassed by her. Tara changes her hair, clothing, and embarks in a self improvement routine. I’m all for improving yourself, but Tara is pandering to the whims and selfishness of a teenager.
I liked Tara, she was a good person, I thought Gemma needed to be put in her place and told off. The absolute gem was Paul. He was patient, understanding and present.
The lesson from this book is be happy with yourself no matter what your mouthy teenager says.
Read more
2 people found this helpful
Helpful
Report abuse

Nicole Hoermann
5.0 out of 5 stars Absolutely Brilliant!!!
Reviewed in the United States 🇺🇸 on July 17, 2022
I just finished the Audible version of this book and it is an absolute must read. I laughed until my sides ached sometimes but along side is a pure gold mix of all that comes with being a woman, a wife and a mother. That these things aren't mutually exclusive and learning to see ourselves as a whole. I already can't wait to experience this book again. It should definitely be a bestseller.
Read more
One person found this helpful
Helpful
Report abuse
See all reviews

Amazon Customer
5.0 out of 5 stars great to read about an imperfect mom
Reviewed in Canada 🇨🇦 on November 1, 2022
Verified Purchase
Motherhood is not a walk in the park/ this book perfectly describes it! I laughed a lot and found it totally relatable
Read more
Report abuse

Amazon Customer
5.0 out of 5 stars Excellent Read
Reviewed in Canada 🇨🇦 on August 3, 2022
Verified Purchase
This book exceeded my expectations,can not wait for another book from the author
Read more
Report abuse
See all reviews
Report an issue
Does this item contain inappropriate content?
Report
Do you believe that this item violates a copyright?
Report
Does this item contain quality or formatting issues?
Report