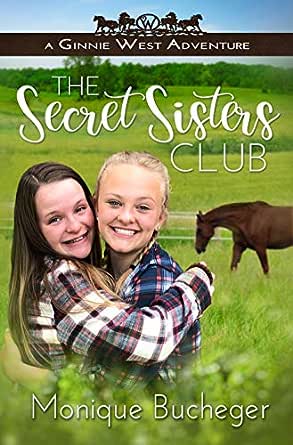 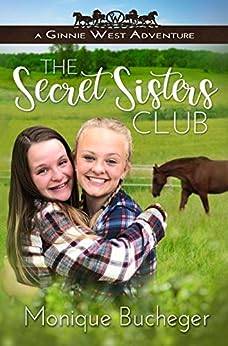 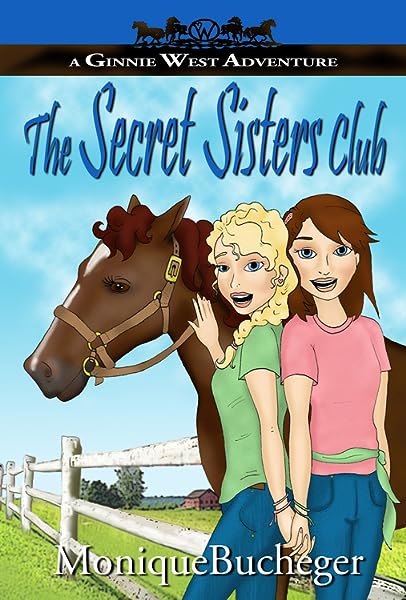 When Monique isn’t writing, you can find her playing taxi driver to one or more of her 12 children, plotting her next novel, scrapbooking, or being the “Mamarazzi” at any number of child-oriented events. Even though she realizes there will never be enough hours in any given day, Monique tries very hard to enjoy the journey that is her life. She shares it with a terrific husband, her dozen children, one adorable granddaughter, two cats, and many real and imaginary friends. She is the author of several books and hopes to write many more. You can find more about Monique and her works at: www.moniquebucheger.blogspot.com --This text refers to an alternate kindle_edition edition.

4.2 out of 5 stars
4.2 out of 5
46 customer ratings
How does Amazon calculate star ratings?
Amazon calculates a product’s star ratings based on a machine learned model instead of a raw data average. The model takes into account factors including the age of a rating, whether the ratings are from verified purchasers, and factors that establish reviewer trustworthiness.
Top Reviews

Charlie Anderson
5.0 out of 5 stars What an incredible testament of love! I adore the West family.
Reviewed in the United States on December 30, 2014
Verified Purchase
The Ginnie West Adventure series is definitely more than I bargained for! I don’t think I would have particularly enjoyed, let alone absorbed, all of the sentiments presented in these books at the age of a middle grades or young adult reader, especially the first in the series, The Secret Sisters Club.

The Secret Sisters Club – OSS for short (Operation: Secret Sisters) – is a plan hatched up by Ginnie West and her best friend Tillie. Ginnie lives on the West place with her twin brother, Toran, father Todd (or secretly called D.T. by Tillie), Uncle Jake and the patriarch of the family, great Uncle Ben.

The West family has strong ties in many ways, and the primary one is family. When Jake and Todd’s parents died many years before, Uncle Ben and his wife Sadie took them in as their own children and raised them as such. To this day, that bond – and most definitely that line of authority and respect – still stand. I absolutely adored Uncle Ben, and that feeling continued to be built on with the second book in the series.

Tillie, and her mother Amanda, are like an extension of the West family, but Tillie distinctly feels the impact of not having a father…which is a guiding light behind OSS for her. She wants Todd to be her dad, which is why she calls him D.T. secretly…for Daddy Todd. Both Tillie and Amanda have felt the repercussions of an abusive relationship, and Tillie bears the scars of that more than Amanda, and it is almost juxtaposed next to Ginnie and Toran’s steady relationship with their own father.

Ginnie can’t see anything beyond the fact that she wants a sister. Toran is a great brother, more than a great brother, but she wants more than that, so she has no qualms about going along with OSS….except every once in a while, she gets a churning sensation that Tillie wants to be her sister for another reason altogether…and she never imagined what her dad marry Miss Amanda might really mean.

This is a wonderful book that shows the love and history of a family, as well as bringing up those hard-to-describe (and certainly tougher to talk about!) feelings of blending or mixing families. Ginnie has a hard time coming to terms with the reality that Miss Amanda would become her stepmom if OSS worked. She’s a young girl still struggling with coming to grips with growing up without her own mother.

I completely understand Ginnie’s connection with riding her horse, Calliope, which is the offspring of her mother’s horse (Eternal Love). There is nothing like the bond between a girl and her horse, and it is something Ginnie very much relies on. Calliope is her go-to when she is upset.

Tillie and Ginnie are busy throughout the book orchestrating OSS and getting their parents together, which at times was cute when it worked, and worrisome when things didn’t go as planned.

The more the novel progressed, the harder it is for Ginnie to come to terms with OSS, her dad, her mom, and Amanda. She does act quite realistically, and quite bratty as well, after finding her mother’s journals – and that comes to light to her father, who embraces this extreme interest of Ginnie’s, in his own way and in his own time…which is, of course, not at all according to any young pre-teen.

The way that Todd talks about his late wife, whom Ginnie is named after exactly, is the kind of love and devotion and memory that can leave you breathless.

Ginnie is usually the sibling to do the sticking up for, but on the matter of the journals, even Toran comes to her defense, and he is quite heated in his words to their father. He is not a defiant son in the least, but there’s only so far a brother can be pushed!

I loved this first installment in the Ginnie West Adventure series. Ginnie battles several emotional conflicts throughout the novel, and her family and friends are there to help her make sense of it all, even if it’s not on her dime and on her time. We don’t always get what we want, when we want it, and that is a lesson both Ginnie and Tillie learn by the end of the book.

laurie cameron
5.0 out of 5 stars Two girls plotting to bring their parents together get more than they bargain for
Reviewed in the United States on March 28, 2012
Verified Purchase
Twelve-year-old Ginnie is in quite a quandary. Tillie, her best friend since kindergarten, wants her mom to marry Ginnie's dad so that they can be sisters. Ginnie wants this too, and yet she doesn't. Tillie spends long hours at the farm where Ginnie and her twin brother have been living with their extended family--an aunt and uncle, a great uncle, and a couple of cousins--since their mother died when they were three and a half. So Tillie is almost family anyway. It isn't until the two girls create a secret sister club that the reality of being sisters sets in. Does Ginny really want to share her father with her best friend?

While she is trying to understand her own feelings about this, she finds her mother's diary. Suddenly her mother is more than a vague memory, a wisp of hair, a remembered scent. And now Ginnie is supposed to embrace a new stepmom? It is a perfect storm for a young girl on the cusp between childhood and those awkward teens.

But Ginnie isn't the only one with stormy emotions. Tillie has a huge chip on her shoulder because her father, an alcoholic with a violent temper, has left her and her mom to fend for themselves. Ginnie's own father, in his enormous grief, has failed to share his memories of the twins' mother with them. Great Uncle Ben is the only one of his generation left and doing his best to help the family get on with life.

It is an engaging story about family. They disagree, quarrel, take sides in the conflicts...and love each other. The characters are spirited, drawing the reader right into the heart of their conflicts. I couldn't put it down. I recommend this book to all middle grade readers, but most especially to upper middle grade readers.
Read more
5 people found this helpful
Helpful
Comment Report abuse

SBlack
5.0 out of 5 stars A great new series for middle graders!
Reviewed in the United States on August 18, 2012
Verified Purchase
Ginnie learns some valuable lessons as the plan she concocts with her best friend to get their single parents together uncovers some unexpected emotions. Ginnie must come to terms with the long-ago loss of her mother when she realizes that getting a new sister would also mean getting a new step-mom.

Parents will appreciate the wholesome feel of the book, and the positive lessons the West family teaches their kids.

Young readers will relate well to Ginnie. Not only does she have her own horse (the envy of every child I know), but her relationships with her friends and family are real enough that kids will identify easily with her and enjoy reading about her adventures.
Read more
10 people found this helpful
Helpful
Comment Report abuse

Thanh
4.0 out of 5 stars This book is not bad. It is very simple and the chapters are ...
Reviewed in the United States on August 6, 2014
Verified Purchase
This book is not bad. It is very simple and the chapters are short to read and I like it. If you don't to crank your brain out like reading mystery or thriller adult book, this is for you. I think most teenage should read it. It is about life in farm and very interesting. Not only that it keeps me reading. I find there is something not very smooth though like I feel the author tried to make up, but you caught it :). Like when Ginnie is reading the journal and how she is so with her mom, how do she is so that when she is only 10 years old. I think 10 years old can't be so good like that or so emotional like adult. I think the end is also cut off short like Ginnie is reading her mom journal. She should get over with it before she could accept her new mom which is not smooth because she is so into her old mom. It is all good and I am happy to read this book. If you like to learn about farm life and how people live, you should read it. And if you like friendship too or family thing. This is a new story to me and I think is very good. I enjoy reading it. The writing is very simple and clear too, straight forward. You have tittle, theme, setting, all included :).
Read more
One person found this helpful
Helpful
Comment Report abuse
See all reviews from the United States

WillowD
5.0 out of 5 stars Five Stars
Reviewed in Canada on December 15, 2014
Verified Purchase
This book is awesome. It's funny, enjoyable and easy to follow. I'm glad I got to read this.
Read more
Helpful
Sending feedback...
Thank you for your feedback.
Sorry, we failed to record your vote. Please try again
Report abuse