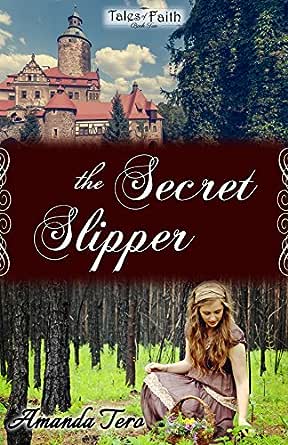 You've subscribed to Tales of Faith! We will preorder your items within 24 hours of when they become available. When new books are released, we'll charge your default payment method for the lowest price available during the pre-order period.
Update your device or payment method, cancel individual pre-orders or your subscription at
Your Memberships & Subscriptions
There was an error. We were unable to process your subscription due to an error. Please refresh and try again. 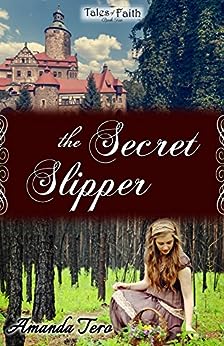 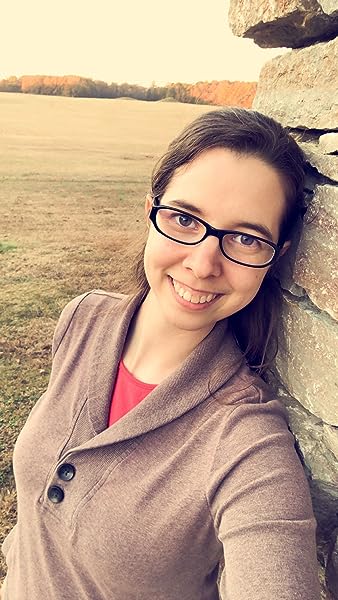 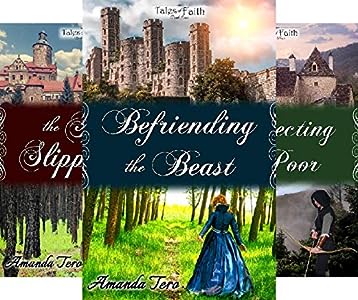 Kelsey Bryant
5.0 out of 5 stars Impacting Yet Sweet
Reviewed in the United States on June 7, 2017
Verified Purchase
More like 4.5 stars . . . Cinderella is my favorite fairy tale. The Secret Slipper is Cinderella with an intriguing twist it appears no one has ever written before: What if Cinderella’s father is the one who is looking for her? This creative turn of character made for a unique story that was able to focus on the yearning for family and belonging instead of the overdone romance, and, most importantly, how God turns out everything to work for the good of His children.

The story is fast-paced and the plot is tight and well written. I read it in two sittings – I did not want to put it down. I found all the characters interesting, but I did feel I wanted a bit more character development among the major characters and differentiation among the more minor characters. But that’s just me!

I really appreciated the spiritual lessons that Lia and Raoul (Lord Kiralyn) learned, especially Raoul’s conviction about not leaning on his own understanding and, instead, praying and listening to God’s leading. That was something I needed to be reminded of, and I’ve been thinking about it ever since I read it; it really helped me during some things I was going through afterward. It’s a very meaningful lesson to discover alongside Raoul.

Another twist I was not expecting was in Lia’s character. She is the “Cinderella,” but she wasn’t the tale’s typical angelic maiden; instead, she had a lot of bitterness, which was actually more realistic. Although this was important to the storyline, I was a little disappointed that my normal favorite in the Cinderella tale was not more likeable to me. As it was, I was drawn to her mainly because she had my sympathy for her crippled foot. But her depth of darkness does allow God’s work to shine forth.

In short, this novella immersed me in an intriguing story that was hard to put down and that truly spoke to my heart.
Read more
2 people found this helpful
Helpful
Comment Report abuse

Singing Librarian Books
4.0 out of 5 stars A fun and sweet fairytale!
Reviewed in the United States on July 24, 2019
Verified Purchase
In the second book in the Tales of Faith series, author Amanda Tero brings to life a new and fun father-daughter Cinderella story. It’s about discovering that the people that were supposedly are your step family aren’t really your family and being reunited with family where you are truly loved and wanted. This is a fun twist on the story of Cinderella, and although it’s not a romance, story, readers will be charmed and delighted by this sweet tale.

Other books in the series:
1-Befriending the Beast
3-Protecting the Poor (coming August 2019)

A copy of this book was purchased for review. A review was not required and all views and opinions expressed are my own.
Read more
Helpful
Comment Report abuse

Angie
4.0 out of 5 stars Great Story
Reviewed in the United States on May 2, 2018
Verified Purchase
I enjoyed this book even more than the first! The father/daughter retelling of a romance is such a creative idea, and I loved all the twists this plot incorporated. The lessons were good, too, and I liked that the main characters weren't just perfect and put-upon; even though their desires were right, they had faults and lessons to learn along the way. And their struggles didn't feel contrived in the least--Lord Kiralyn's desire for instant action and Lia's frustration with her limitations were perfectly relatable. They were brought to a great conclusion as well!

I really liked the details and the setting and felt very connected to the (approximate) historical time. I'd had a little trouble with the dialogue in the first book but none in this one. (No trouble--not no dialogue...) Great work!
Read more
Helpful
Comment Report abuse

Darcy Fornier
5.0 out of 5 stars A delightful, Christ-filled adventure story suitable for all ages!
Reviewed in the United States on May 29, 2017
Verified Purchase
I love the old fairy tales, and it never ceases to amaze me how rich they are for unique retellings. However, I think I can safely say Ms. Tero has far outdone the usual creativity with her Cinderella-inspired novella.

No magic. No romance. But a Christ-filled adventure story complete with believable, interesting characters; excellent emotional depth; a sound plot; and an enjoyable writing style.

Suitable for all ages. There is nothing to give concern for young readers (unless you count the abuse Lia endures, fairly normal for Cinderella), yet the depth will be appreciated by older audiences.

Mrs. Mae
5.0 out of 5 stars Delightful!
Reviewed in the United States on May 11, 2020
Verified Purchase
What a great series this is! I was pleasantly surprised at how this series drew me in and kept me turning pages. So refreshing to read something so clean and full of character building truths! I didn’t hesitate to pass this series along to my daughter! Looking forward to more of this authors books!
Read more
Helpful
Comment Report abuse

D. Fogleman
5.0 out of 5 stars Very good
Reviewed in the United States on June 24, 2020
Verified Purchase
I very much enjoyed this sweet story. A wonderful twist on Cinderella with the Gospel woven in. I look forward to more!
Read more
Helpful
Comment Report abuse

Heather Miller
5.0 out of 5 stars I thoroughly enjoyed this story!!
Reviewed in the United States on June 3, 2017
Verified Purchase
I thoroughly enjoyed this story, just as much and more than the first. I loved how it ties into the first story. (I always enjoy getting to read more about characters!) Rather than being a retelling of a familiar story, there are similar elements, but it is a unique story all on its own. I really enjoyed the portrayal of each character, and the messages of salvation throughout. I highly recommend this book!
Read more
Helpful
Comment Report abuse
See all reviews

Katja L.
5.0 out of 5 stars One of my Favourite Amanda Tero Books!
Reviewed in Canada on April 11, 2019
Verified Purchase
5 stars. I really, really enjoyed this book. The excitement was gripping, and the drama was excellent. The author did an excellent job with the two perspectives. I was equally excited for both sides of the story. There were many beautiful descriptions of emotions oor happenings.

Lia... Lia was my favorite. <3 <3 So beautiful and hurt and real.The Cinderella part was an amazing and very sweet twist. <3 I loved Raoul and Jolin and Noel and Lady Elayne, and even Dumphey. The Jolin + Raoul interaction was hilarious at times and thought-provoking at others. I loved the drama of Lia and the Lia + Raoul interaction. <3

The excitement was something fierce. Even though I knew how it would end, I was on the edge of my seat. Talk about intense!! And the Salvation Plan was very clear and fitted Lia's circumstances perfectly. Beautiful. It was beautiful. Perfectly amazing. Even though I knew how it ended (this is my second reading of the book), I felt the desperation and betrayal MAJOR SPOILER!! of Lia's arrest. END OF SPOILER! So well done.

I deeply enjoyed this book, and as I said, it is one of my favourite Amanda Tero books. :) The trailer is excellent too. ;)

A Favourite Beautiful Quote: “‘Lia, all of God’s creations are fearfully and wonderfully made. Beauty is not about what a person looks like, but about who a person is.’”

A Favourite Beautiful Quote: “The days of the past molded together to form a lump of dark, meaningless nothing.”

A Favourite Short Humourous Quote: “If Raoul could weave around the people, he might have a chance to speak with Feroci... if the man would acknowledge him, dressed as a commoner. Bury propriety! He shouldn’t have to bring robes everywhere he went.”
Read more
Report abuse
See all reviews