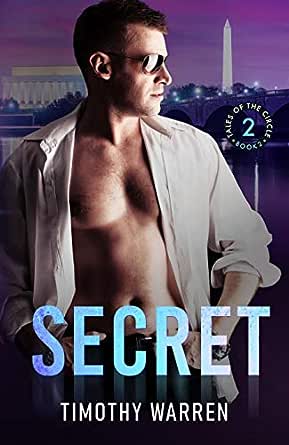 You've subscribed to Tales of the Circle! We will preorder your items within 24 hours of when they become available. When new books are released, we'll charge your default payment method for the lowest price available during the pre-order period.
Update your device or payment method, cancel individual pre-orders or your subscription at
Your Memberships & Subscriptions
There was an error. We were unable to process your subscription due to an error. Please refresh and try again. 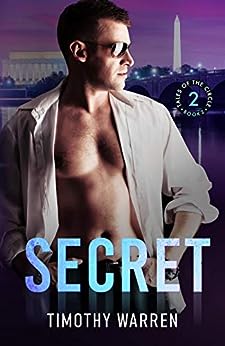 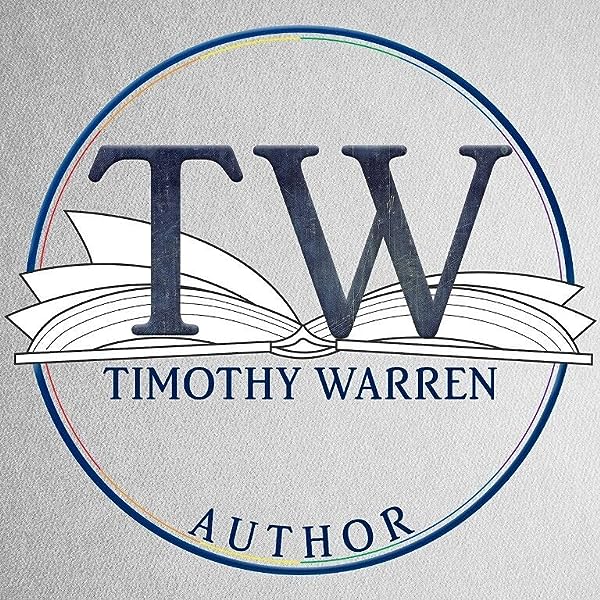 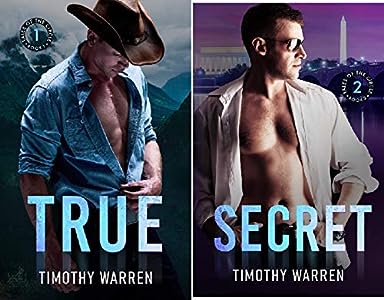 4.4 out of 5 stars
4.4 out of 5
50 global ratings
How are ratings calculated?
To calculate the overall star rating and percentage breakdown by star, we don’t use a simple average. Instead, our system considers things like how recent a review is and if the reviewer bought the item on Amazon. It also analyzes reviews to verify trustworthiness.
Top reviews

Rosemary
5.0 out of 5 stars Fun Demarco
Reviewed in the United States on October 10, 2020
Verified Purchase
Loved this second book in this series. I've not read too many books that take place in DC so was pleased to "see" the city through Demarco's eyes. I thought Demarco and Jack were terrific together and Demarco was so fun (even in the first book) and down to earth. I love to read books that let somewhat wayward and lost characters find their happy ending. Also was glad to see Alec and Tyler from the first book, True show up in this story. In my opinion, this author is good at what he writes and I'm looking forward to many more books from him.
Read more
Helpful
Report abuse

Tina Marie
5.0 out of 5 stars Oh my
Reviewed in the United States on September 4, 2020
Verified Purchase
What a ride! Handsome men, a missing prince, a love that beats the odds! An amazing book, a beautiful love story and lets not forget one bat chit crazy wife with a gun. Lol Totally loved this one, had it finished in just a day & a half. Looking forward to reading more from this author.
Read more
One person found this helpful
Helpful
Report abuse

Michael
5.0 out of 5 stars Good read
Reviewed in the United States on September 18, 2020
Verified Purchase
Different story line than I am used to but I liked it. Takes place in Washington DC so it is based more in reality that in the shifter or MM preg universe. I liked the characters. the story, very easy read, and you don't have to read the first one to enjoy this but it really helps.
Read more
Helpful
Report abuse

Kindle Customer
5.0 out of 5 stars A great Sophomore book!
Reviewed in the United States on December 24, 2020
Verified Purchase
Read TRUE first so that there is a seamless transition. Both are exceptional stories! I now own them both and they are on my re-read list! Wonderful, realistic characterizations! Don't miss it!
Read more
Helpful
Report abuse

Mary Magdalene
5.0 out of 5 stars A bit of mystery, some intrigue, and a lot of sexy scenes.
Reviewed in the United States on August 29, 2020
Twenty years earlier, Demarco had been a homeless youth in Washington, DC. He had been taken in by a rich "pimp" and turned into an expensive, high class male "escort", who is now very sought after by several politicians and big shots with great positions and influence in our country's capital. One evening, Demarco was called to a party at the Qatar Embassy, where the young crown prince took him to his room, but not for sex. Instead, he asked Demarco for advice in defecting from Qatar to the U.S. to get away from his homophobic father, the King of Qatar. Jack Keegan is the secret service agent assigned to guard the young prince, who stands outside the prince's door, and he and Demarco found instant chemistry, but after Demarco left the prince's room that night, neither Jack nor Demarco expected to see each other again. However, to Demarco's great surprise, Jack was at his door the following morning, advising him that the young prince was missing! Demarco and Jack team up together to find the prince, but they find betrayals, murder plots, and danger along the way. Is the young prince in danger? Or is he part of a conspiracy to kill Demarco? Although it's a short book, it kept me on the edge of my seat until the very end. Although this is the second book of a series, you don't need to have read the first one to enjoy this one. It's a standalone.
Read more
2 people found this helpful
Helpful
Report abuse

Eager Reader
5.0 out of 5 stars Demarco's story (and Jack's).
Reviewed in the United States on August 29, 2020
Demarco is an escort for Chandlier and is highly sought after by the politicos of Washington DC. This tale involves what seems to be saving a prince from his ruthless father because said prince is out of the closet. What Demarco is duped into is a plot for the prince to seek alysium in the US via not political means but by reality TV means. Demarco enlists the help of Secret Service agent Jack Keegan and thus both men are sucked into a devious plot that leaves each more than attracted to each other. Their casual acquaintance over past policital events leads up to eventful incident. Suspicion abounds as each discovers the secrets of each other's lives and how much both have in common. Alex and Ty from Book #1 make appearances and revelations of these two other lives are updated. The homage to songs past and present again appear in this, Book #2, and were accents that lent to the plot. I enjoyed this book as much as the first and I write this ARC review willingly and voluntarily.
Read more
One person found this helpful
Helpful
Report abuse

Amelia
3.0 out of 5 stars Get ready for a truly wild soap opera of a romance
Reviewed in the United States on September 7, 2020
In contrast to Alec's laid back romance in True (book 1), Demarco's story took me on one rollercoaster ride. There was drama, intrigue, danger, and passion all mixed up into a story that felt more like a soap opera than a gay romance. In terms of entertainment value, I'd rate this story pretty highly, but I struggled with the believability of everything Demarco and Jack went through. I could barely keep track of how the plot escalated: what seemed like an innocent encounter with a man who wanted to escape his restrictive life turned into Demarco getting shot at and needing 24/7 protection from Jack, and from there he and Jack started sleeping together right away and on and on. I will say that this story definitely kept me on my toes, but I had to throw out all my ideas of what a realistic storyline would be to keep up with what was happening. I wasn't a huge fan of how Jack and Demarco claimed to have this epic connection when they were basically still strangers. On top of that, Jack felt like he had the right to demand Demarco quit his escort work after they'd barely been together. Somehow all of their arguments seemed to end up with Demarco changing his life around, and I wasn't a fan of how Jack didn't compromise. Thinking about the story as a whole, I can't say I didn't enjoy seeing what ridiculous and over-the-top thing would happen next, but I don't think I could put myself through another book like this one. I prefer my romances to be less TV drama and more centered on the character falling in love.

**I voluntarily read an ARC of this book. This review expresses my honest thoughts and opinions.
Read more
Helpful
Report abuse
See all reviews