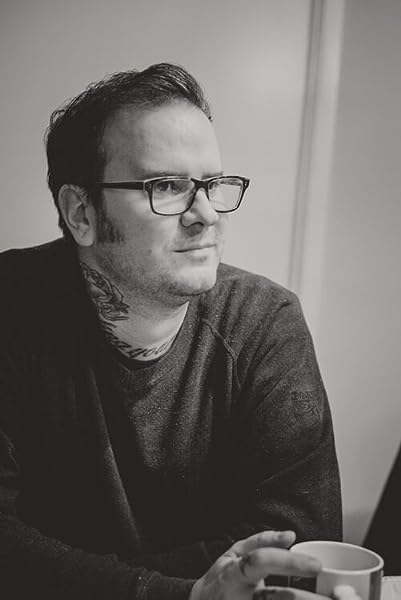 The Secular Activist: A How-to Manual for Protecting the Wall between Church and State Paperback – October 1, 2016

"Secularism needs activism, and Dan Arel shows how to do it. With interesting anecdotes and nuts-and-bolts advice, Arel provides a valuable handbook for those who want to join the fight for reason and church-state separation. This is a useful resource that will enable budding secular activists to effectively engage in the culture wars." David Niose, author, Nonbeliever Nation: The Rise of Secular Americans; legal director, American Humanist Association

"This big ole crazy planet got you down? Think things are just too big for you to make a difference? Feel totally helpless and don’t know what to do to make it right? You’re not alone. But don’t despair – you can make a difference right here, right now. Get the tools you need to become the activist you want to be in this black-belt course in guerilla world-changing from activist and journalist Dan Arel, the man who makes Ken Ham cry. The future is counting on you and the fight is ours to win!" —David Fitzgerald, author, Nailed and The Complete Heretic’s Guide to Western Religion series

"Reading for entertainment is perfectly fine. But reading to make a change in the lives of others is empowering. The Secular Activist is not only well-written and informative, it’s giving you the tools to be the change you want to see. As I often say, the next mind you change, could change thousands." —David Smalley, host, Dogma Debate

"The Secular Activist is a must-read for anyone interested in protecting the wall between church and state. Dan Arel shares his own inspiring story of secular activism and also gives us many practical insights on how to become better activists in our own ways. Not only does The Secular Activist get you fired up to fight for change, it will also provide you with the tools to do so!” —Matthew Facciani, sociologist and activist

“The wall of separation between church and state needs defenders from the religious and secular communities. Dan Arel has come along with some great advice for the secular wing, so if you’ve been yearning to find new ways to expand your activism, read the The Secular Activist. I think you'll be inspired and educated by Dan’s experiences. But be warned – it just might change your life!” —Rob Boston, Director of Communications, Americans United for Separation of Church and State

"Dan Arel's The Secular Activist is anything but a sophomore slump. Arel's words will revitalize you, affirm your work, in whatever way it may come, and will remind you what is truly at stake with activism. By using both his personal experience and others', Dan Arel shows the reader the highs and lows of activism, and what the consequences are for simply sitting by and waiting for others to act. A great read for anyone interested in what they can do for the greater good." —Matthew O'Neil, author, What the Bible Really Does (and Doesn't) Say About Sex

"The Secular Activist is a call to action that provides the necessary ammunition to fight the invasive Christian Right. Author Dan Arel draws on his vast experience as an animal rights activist, and more recently as a secular activist to pave the way for the next generation to succeed in making change. Arel charts the progress that secular activists have made so far while showing where need is still greatest. Scathing analyses of right wing moves like the Ark Encounter and the Creationist Museum provide the backbone for The Secular Activist, compelling the reader to take action.” —Roy Speckhardt, Executive Director, American Humanist Association; author, Creating Change Through Humanism

Dan Arel is an award-winning freelance journalist who writes full time for Danthropology, his blog on the Patheos Network, and whose work has appeared in Time, Salon, AlterNet, the Huffington Post, the Richard Dawkins Foundation for Reason and Science website, American Atheist magazine, and many other outlets. He is the author of Parenting Without God. David Silverman is president of American Atheists and author of Fighting God: An Atheist Manifesto for a Religious World.
Tell the Publisher!
I'd like to read this book on Kindle

3.2 out of 5 stars
3.2 out of 5
8 global ratings
How are ratings calculated?
To calculate the overall star rating and percentage breakdown by star, we don’t use a simple average. Instead, our system considers things like how recent a review is and if the reviewer bought the item on Amazon. It also analyzes reviews to verify trustworthiness.
Top reviews

The Motto Guy
5.0 out of 5 stars An informative and inspiring primer for any secular activist.
Reviewed in the United States on October 2, 2016
Verified Purchase
This book is a must have for new secular activist. It lays out what so many of us new to the movement miss while highlighting what we get right.
Dan does and excellent job of explaining the struggle of the secular movement and gives us the resources to make out own mark. The lessons he has learned and the experience gained will be andinvaluable tool to those of us just breaking into secular activism

His recounting of his "Ark Encounter" is both informative and inspiring. It makes me optimistic that we will continue to make strides in opposing the push of the religious right and finally achieve a truly secular government.
Read more
7 people found this helpful
Helpful
Report abuse

Robert J. Nugent
4.0 out of 5 stars Straightforward
Reviewed in the United States on October 19, 2016
Verified Purchase
I am a long time member of American's United for the Separation of Church and State, and, The Freedom from Religion Foundation. I found Mr. Arel's book to be straightforward. For anyone interested in the basics of secular activistism, this is a must read book. The reason that I did not give the book five stars is at the bottom of page 131; I quote, "We also need to combat rampant systemic racism and the systematic slaughter of people of color by our law enforcement". As the father of a police office, who has two young daughters, I suggest that Mr. Arel read The Wall Street Journal Opinion Letter "The Myths of Black Lives Matter" by Heather Mac Donald (February 11, 2016).
Read more
2 people found this helpful
Helpful
Report abuse

Kindle Customer
1.0 out of 5 stars One Star
Reviewed in the United States on March 25, 2017
Verified Purchase
Not received yet ?
Read more
One person found this helpful
Helpful
Report abuse

Tony A
5.0 out of 5 stars A must read For anyone with a passion to defend or debate State Church separation issues.
Reviewed in the United States on October 6, 2016
The State/Church separation battle is equivalent to a game of whack a mole. Intentional violations pop up, gets pushed down, then pop up in another corner of your community on a too consistent basis. Every Church has a built-in PR director paid for by tithes and their job is to secure their particular sect of religion within their community. Those of us who defend State/Church separation do so of our own volition and on our own time. It's a work of passion. That passion comes through in this book as Dan tells of his battle to keep State funds out of a mythological and religious-based Ark Park in Kentucky.
His book is in part a memoir of the processes of this ongoing battle in Kentucky and his advice on what he did wrong and what he did right within his accomplishments. His advice is applicable to most activist scenario.
For anyone with a passion to defend or debate State Church separation issues this book is a must-read.
Read more
3 people found this helpful
Helpful
Report abuse

Jimmy
5.0 out of 5 stars Compelling story and useful toolkit wrapped up in one book!
Reviewed in the United States on October 13, 2016
Dan Arel's stories about activism could be a book by itself, but The Secular Activist goes further to provide a toolkit for those interested in activism! Dan Arel highlights the importance of secular activism and then shares a variety of suggestions for how anyone can become involved in activism themselves. I would recommend this book to anyone interested in learning how to start activist work or sharpen their skills!
Read more
2 people found this helpful
Helpful
Report abuse

Jake Gordon
1.0 out of 5 stars Do not buy
Reviewed in the United States on July 27, 2018
Should get zero stars. The ignorance on the subject by this author is astounding.
Read more
One person found this helpful
Helpful
Report abuse

Daniel Goldman
1.0 out of 5 stars A book for religiophobes who want to see a concept, which they do not understand, eliminated.
Reviewed in the United States on October 2, 2016
Verified Purchase
Well, I guess I'll get a lot of flack for this one, but here goes.

I know this author's writings from his blog. I actually wanted to give this author the benefit of the doubt. So I picked up a copy of his book. Sadly, it's even worse than I was expecting.

If it stopped at a poor understanding of the law, it would be one thing (in fact, even if the author tried to make a solid argument against the Supreme Court decision relating to Ark Encounter, I would have given him some credit). But in his crusade against religion, Arel went far beyond expressing ignorance of law. He went full on bigot, by expressing his desire to eradicate religion. To think that it is even possible to eradicate religion, that it is necessary to do so, or to equate it to cancer, shows a total lack of understanding of the topic, on par with the most ignorant of homophobes, transphobes, and racists. For that reason alone, this book does not deserve more than one star, regardless of what other content is in it.
Read more
6 people found this helpful
Helpful
Report abuse
See all reviews
Back to top
Get to Know Us
Make Money with Us
Amazon Payment Products
Let Us Help You
EnglishChoose a language for shopping. United StatesChoose a country/region for shopping.
© 1996-2021, Amazon.com, Inc. or its affiliates