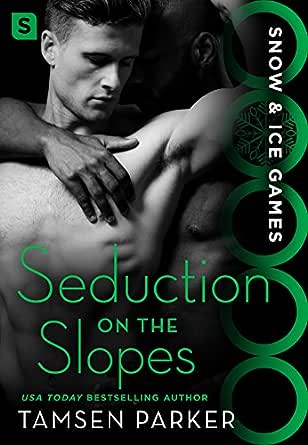 You've subscribed to Snow & Ice Games! We will preorder your items within 24 hours of when they become available. When new books are released, we'll charge your default payment method for the lowest price available during the pre-order period.
Update your device or payment method, cancel individual pre-orders or your subscription at
Your Memberships & Subscriptions 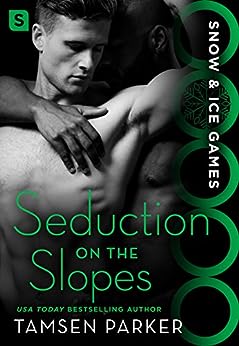 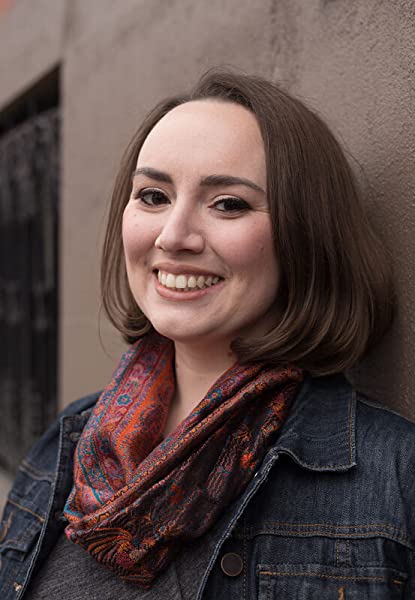 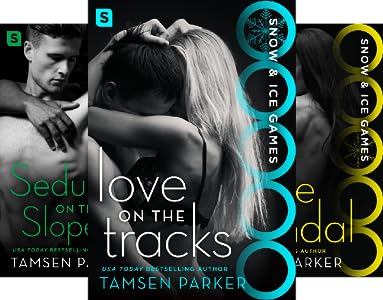 Vida Joy
4.0 out of 5 stars 4 stars
Reviewed in the United States on July 7, 2019
Verified Purchase
What a great romance! I loved Miles and Crash. There was a lot that developed quickly in a shortish novel, but the depth of the characters really made it work for me.
Read more
Helpful
Comment Report abuse

aPolishedReader
3.0 out of 5 stars 2.5-3 stars for this skiing love story with some character growth
Reviewed in the United States on January 18, 2018
I think I liked this story? I mean, I liked parts of it and parts of it I was rolling my eyes hard.
Everything happens lightning quick. We meet the two MCs, one is a seasoned veteran of the sport (Miles) who has devoted his entire life to his sport and the other is a young, hotshot (Crash) who doesn't seem to take anything seriously. We find out that may not be the full story for the young'un so the seasoned vet takes the youngster under his wing to coach him. This is all fine and dandy, but they also will compete in the same event. It may be the last time for the old guy, but he is a good guy so he is going to help young'un meet his full potential even if it causes seasoned guy the gold.

That aside, they decide to engage in a sexual relationship which is awkward and perfunctory at best in the beginning. Things heat up quickly as the days go by and by day 5 everything is steaming. So I give the sex a passing grade.

The whole story happens in about a week and everything happens very fast. There is so much internal dialogue that I lost track of the actual conversation on multiple occasions and had to flip back pages to see what the actual question or statement was. That is annoying and takes me right out of the story. Oh, and don't get me started on all the euphemisms! So. Many. I give that a fail.

I liked Crash and I think he was a good guy with drive and potential. He never had anyone to lean on in the past and was struggling with the shame of his upbringing when everyone around him was afforded more. I completely understand his coping mechanisms and his inability to be open about the issues he was dealing with.
I also liked Miles. He is also just a good dude who was willing to put the team above his personal goals. He could see potential in Crash and was willing to help him regardless of what that meant in the long run for Miles himself. As an athlete and a teammate, Miles excelled. As a partner in a relationship, he was barely passing. This is also understandable due to his lack of experience in relationships.
That being said, these two guys who are so opposite in so many ways from upbringing to experience to age, fall in love very quickly. So much so that I am not sure how it happened. Outside of the sexual chemistry and one in-depth conversation, when did they get to know each other enough to be in love? I am not buying it. An HFN would have been more fitting for this book and probably would have made me more convinced of their long-term potential.

2.5-3 stars because I was engaged in the story though it took until about the midway point to get there. Rounded up to 3 for the steamy bits and Crash's growth as a person in just a few short days.
Read more
4 people found this helpful
Helpful
Comment Report abuse

Lenoreo @ Celebrity Readers
4.0 out of 5 stars Enjoyable, bit fast on the romance...
Reviewed in the United States on July 29, 2018
I received a free copy through NetGalley in exchange for an honest and unbiased review/opinion.

3.5 stars — This was one of those ones where I felt a bit conflicted. I was drawn right into this story, and after having been a bit burned out, I was so excited to be pulled into reading again. But our heroes, particularly Miles, were really volatile characters, and occasionally that made me uncomfortable.

I know this is going to sound silly, but I totally didn’t pay close enough attention to the cover to notice that Miles was black! So bonus diversity on this one! And while it didn’t play a huge role, it wasn’t just token either. I loved that he was from the wealthy family, and that he got into skiing because his parents wanted him to fit in in the neighbourhood where they lived. Intriguing.

Occasionally both Miles and Crash were a bit over the top, almost caricatures of themselves. Miles was an extreme stick in the mud…like, I’m a fan of a wide ranging vocabulary, and while the definitions of the words he used were always correct, occasionally they felt a bit forced…I kept meaning to run them by my hubby, b/c he would totes know if they were actually used correctly. It just didn’t feel natural if that makes sense. I was also really turned off by his volatile moods, his quickness to anger, and while he constantly acknowledged that he was being an a**hole to Crash, it felt like lampshading. I never saw him grow in that aspect…like, uh, that’s great that you realize you’re being a jerk, but what are you doing to change that and be better? It made it hard to like him. And on Crash’s end, the constant use of stoner type language (the gagillion euphemisms for everything, from throwing up to sex) got old REALLY fast. When we started learning more about Crash, I wasn’t sure if he was putting on a persona, or if that’s really who he was.

Now, saying all of that, I really did come to feel a lot for these guys…though if I’m honest, moreso for Crash than Miles. I did feel for Miles’s fear and uncertainty over his future and the end of his career. But it was Crash’s childhood history, and his constant insecurity, that really got to my heart. I could feel his pain, feel his wounds. And yet he still put himself out there. I just wanted to hug him.

As for the romance…I enjoyed so many parts, and the steam factor was at “hoo boy!” But it also felt fast, and at the beginning I didn’t buy what was drawing them together. Once I let myself buy into it and ignored those misgivings, I was more invested. It’s hard to write romance in the timeframe of an “olympics” type games…it’s always going to feel fast. This one wasn’t bad, but I’ve read better…

The sports felt fairly well done. Made me wish I’d made time to read this during the Olympics, b/c now I’m feeling all winter sports-y.

So all in all, this was a fun addition to the series and is making me want to read more…and the emotions with Crash and the steam factor have me rounding up.
Read more
Helpful
Comment Report abuse
See all reviews